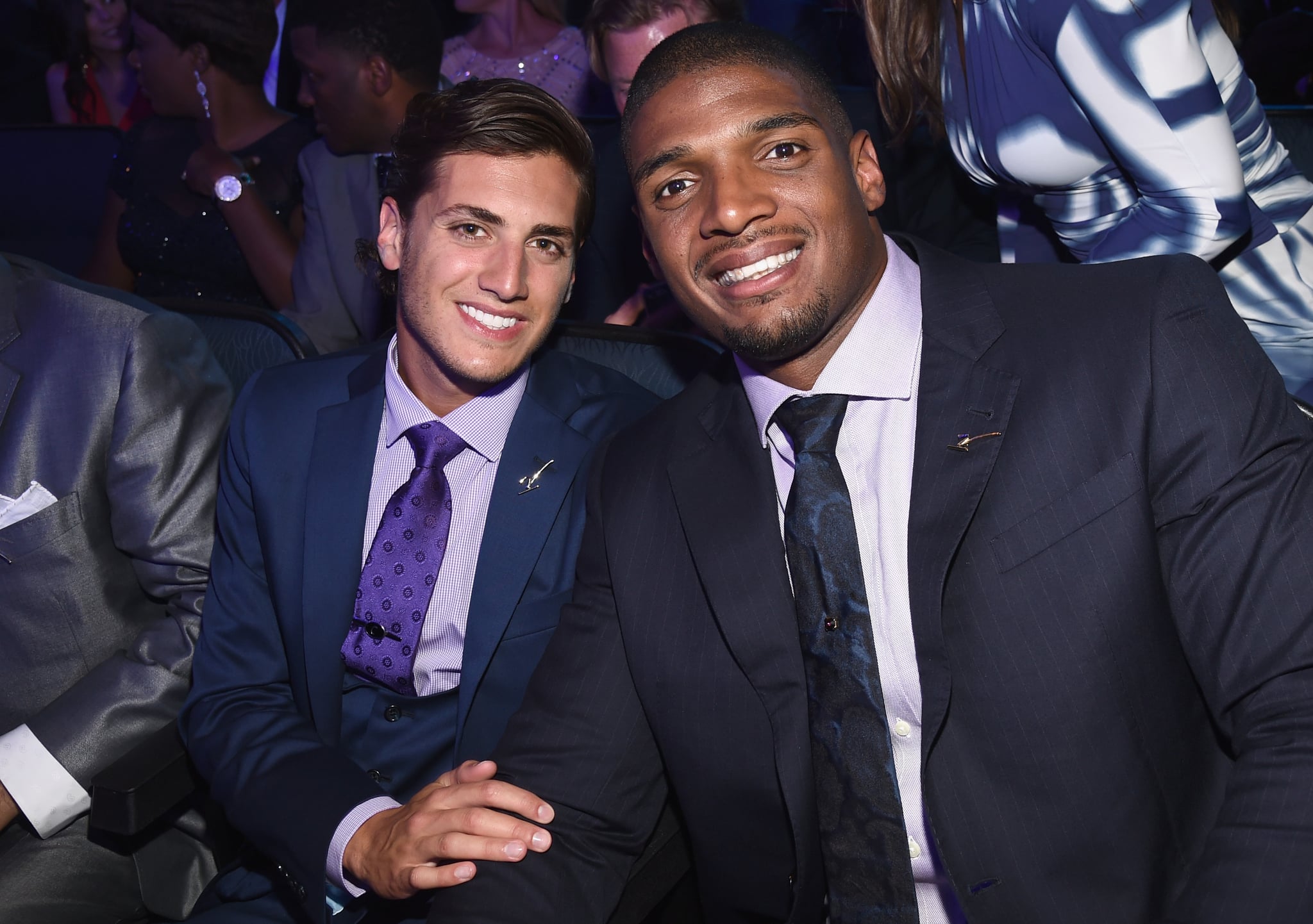 Michael Sam's six-month engagement to long-term boyfriend Vito Cammisano is over, according to reports. "They've been rocky for months," a source reportedly told Us Weekly. News about their split emerged less than one week after the Supreme Court's historic ruling about gay marriage.

The duo first connected at University of Missouri, where Michael was a star football player. Dating since 2011, Vito remained private about their relationship before Michael's emotional coming-out story grabbed headlines in February 2014. However, the couple went public with their love when Michael made history by becoming the NFL's first openly gay player that May.

Michael was later cut from the St. Louis Rams, but he has remained in the public eye, receiving the Arthur Ashe Courage Award at the 2014 ESPYs last July and later putting his athleticism to good use on Dancing With the Stars in 2015. Vito was by Michael's side for the competition, showing support for his fiancé from the audience.

Celebrity Couples
Who Has Brandon Flynn Dated? A History of His Rumored and Confirmed Romances
by Monica Sisavat 16 hours ago