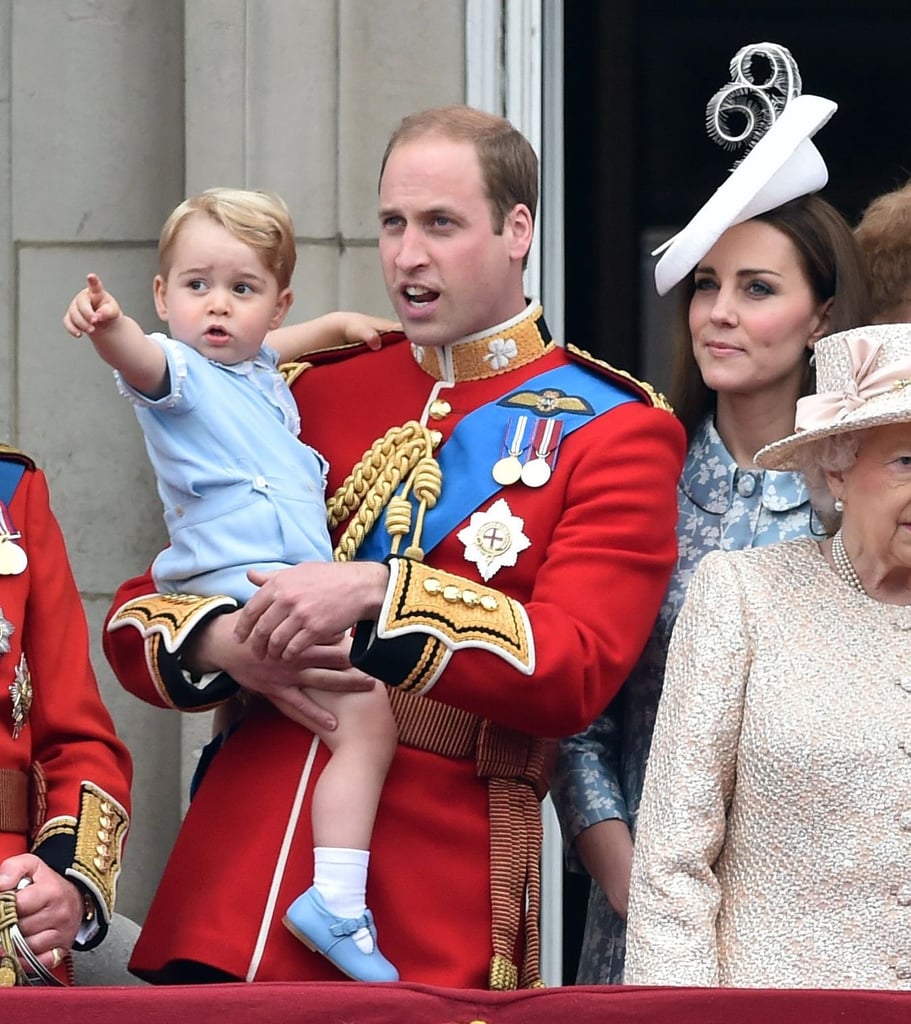 Prince George Steals the Spotlight on the Queen's Big Day

Prince George got adorable with Kate Middleton and Prince William at the annual Trooping the Colour ceremony in London on Saturday. The trio joined the rest of the royal family, including Queen Elizabeth II, on the Buckingham Palace balcony to watch the flypast. George got animated and waved to the crowd as William held him and Kate beamed with pride.

The little guy couldn't have been cuter for his first appearance on the balcony — he wore the same blue outfit William donned when he crossed the same milestone off his list as a kid. Meanwhile, the balcony moment also marked the first time Queen Elizabeth II has appeared in public with the three immediate heirs: Prince Charles, Prince William, and Prince George.

Earlier in the day, George watched the festivities from a window, wagging his tongue with excitement. Meanwhile, the Duchess of Cambridge rode in a horse-drawn carriage with Camilla, Duchess of Cornwall. The event is Kate's first official appearance since she gave birth to Princess Charlotte in early May. She looked gorgeous in a Catherine Walker dress and hat from Lock & Co. 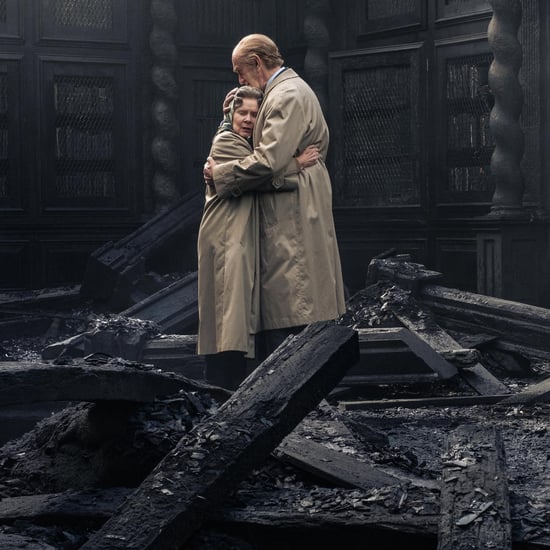 The Crown
"The Crown" Will Cover the Queen's Annus Horribilis, but What Does That Mean?
by Lucy Wigley 3 weeks ago