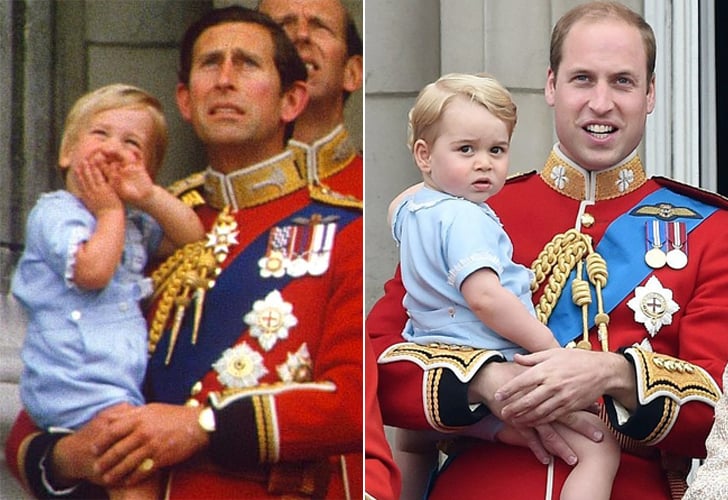 Like father, like son! Prince George made his first appearance on the Buckingham Palace balcony for Saturday's Trooping the Colour festivities, and for the special occasion, he wore the same outfit Prince William wore for his debut back in 1984. Side-by-side pictures show Prince Charles holding a young William, who little George clearly resembles.

In 1984, the father-son pair stood beside the rest of the royal family, including Queen Elizabeth II, Prince Philip, and Princess Diana, who was then pregnant with Prince Harry. Flash forward to this year, when Prince William and Prince George shared the same moment together with the family, and a smiley Prince Harry looked on. Keep reading to see both snaps, plus stunning pictures of Kate Middleton's first official appearance since giving birth to Princess Charlotte in May.

Kate Middleton
Is It Just Us, or Is Kate Middleton Taking Bolder Beauty Risks?
by Jessica Harrington 8 hours ago