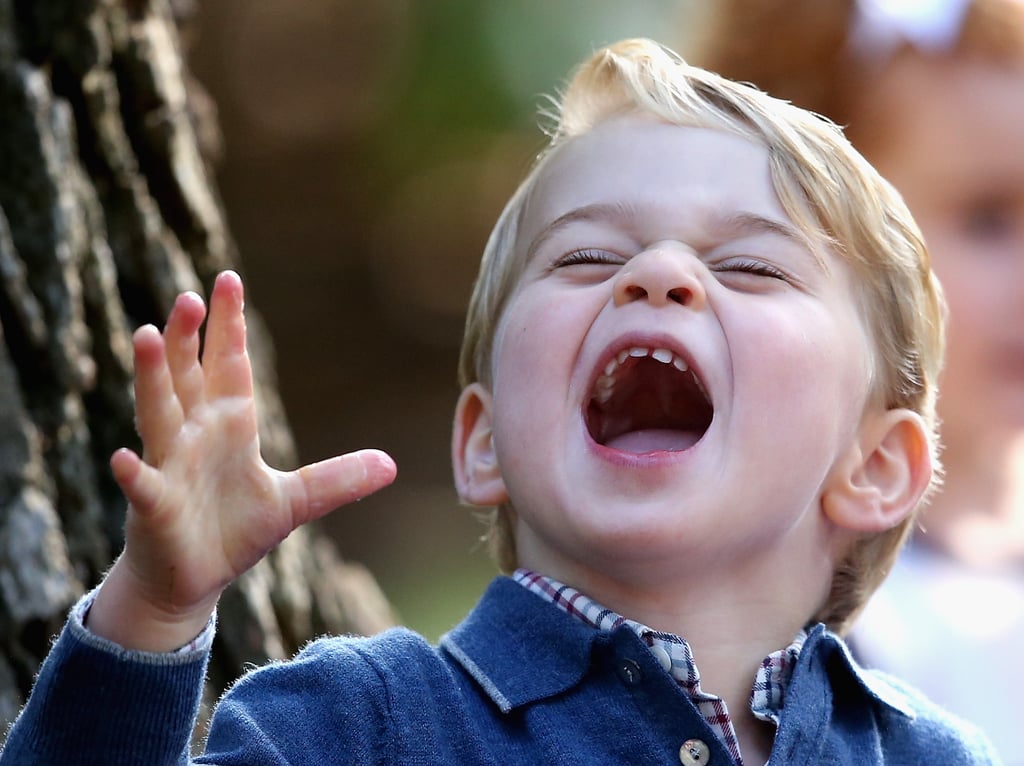 Prince George and Princess Charlotte appear to be having the time of their lives during the royal family's eight-day tour of Canada this week. Not only did they steal the spotlight from their parents, Prince William and Kate Middleton, the moment they arrived in Victoria, British Columbia, but they practically made our hearts burst with joy when they popped bubbles and played with animals during their play date on Thursday. Of course, one of the best parts about their recent appearances has to be their hilarious facial expressions. While George is known for his unimpressed looks, it seems like Charlotte is really taking after her brother with some priceless reactions of her own. For your enjoyment, we've rounded up the best of the best with some ideas as to what they might be thinking.