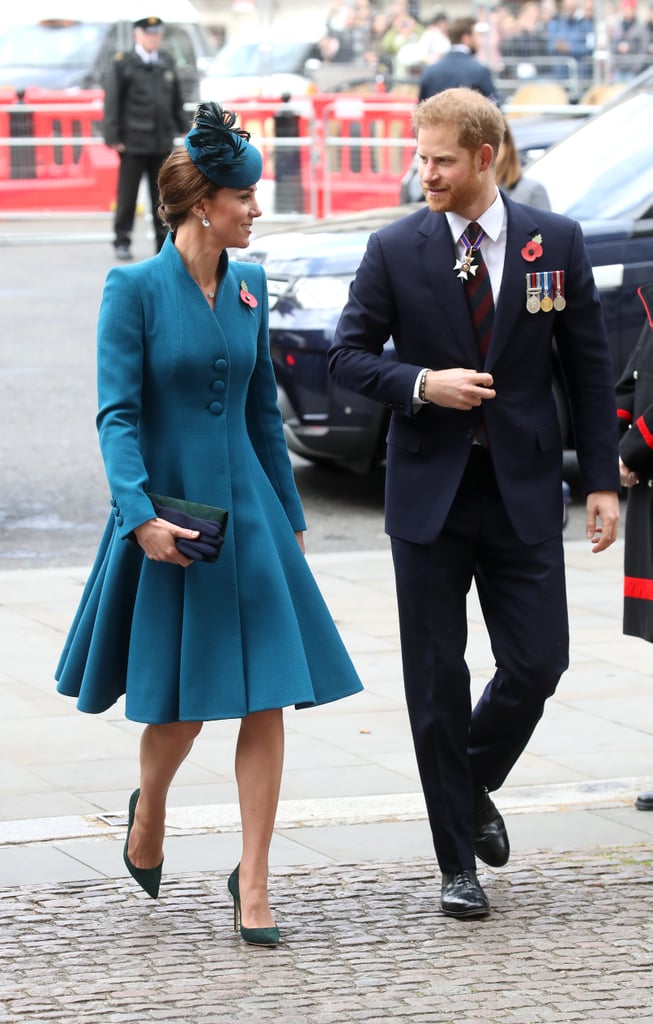 With Meghan's Due Date Imminent, Harry Is Joined by Kate For the Anzac Day Service

The fab two, Kate Middleton and Prince Harry, attended the annual Anzac Day service of commemoration and thanksgiving at Westminster Abbey on Thursday, which honors the sacrifices of the Australian and New Zealand forces. Harry and his sister-in-law joined forces in the absence of their partners: Meghan is on maternity leave, and Prince William is currently on a visit to New Zealand where he attended an earlier service. The royal duo arrived together and looked at ease as they chatted on their way into the abbey, Kate wearing one of her trademark blue coats, and Harry sporting a navy suit and his service medals. It's been reported that Harry's name wasn't printed in the order of service, as there was some uncertainty as to whether he would be in attendance due to the imminent birth of baby Sussex.

Last year, Meghan and Harry stepped out together to attend the Anzac Day Dawn Service, as well as the thanksgiving service. However, this year is quite different given the fact Meghan is due any day now. The duchess began her maternity leave in March and is likely to be getting ready for the newborn at their newly renovated home at Frogmore Cottage on the Windsor Estate. Harry's attendance at the service clearly means there's no signs of labor just yet! Ahead, see all the photos from Kate and Harry's important royal outing at the Anzac Day Service.