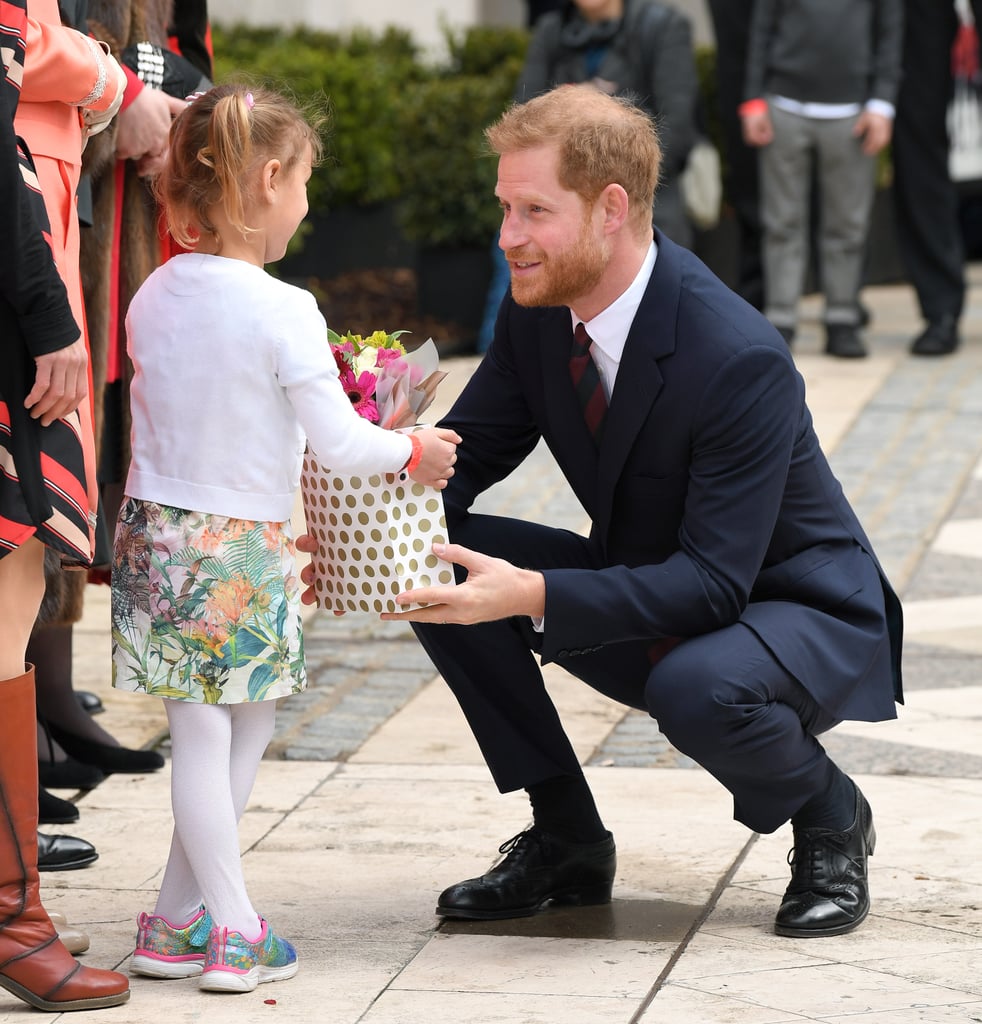 Prince Harry is back at it again with his adorable interactions with kids. While attending the Lord Mayor's Big Curry lunch in London on Thursday, the soon-to-be father shared a precious moment with a 4-year-old girl named Zofia Zdenkowska, who offered him flowers. The royal made sure to get down on her level as he chatted with her and offered a warm smile. During the lunch, which aided soldiers and ex-service members who have served in Iraq and Afghanistan, Harry also gushed about wife Meghan Markle's pregnancy. When the wife of Sheriff Alderman Vincent Keaveny asked him about becoming a dad soon, Harry told her, "Of course I am excited, very excited." Aww!

While Meghan is officially on maternity leave, Harry has been squeezing in a few more royal appearances before the arrival of his little one. He made a trip St. Vincent's Catholic Primary School and explained Meghan's pregnancy to little kids, and he visited the South Ealing branch of the YMCA, where he bonded with an adorable baby. Meghan and Harry even made a laid-back appearance in London as they visited a wellness store. Harry is clearly ready for fatherhood!

Related:
Everything You Need to Know About Baby Sussex, in 1 Handy Place
Previous Next Start Slideshow
The RoyalsPrince HarryThe British Royals