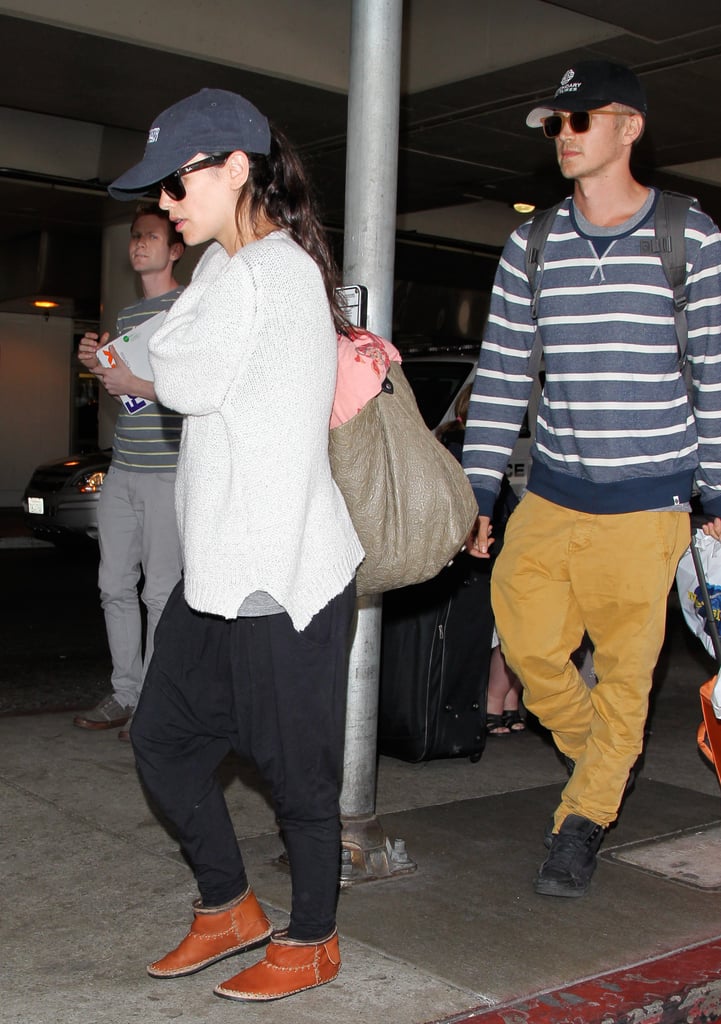 Rachel Bilson and Hayden Christensen returned to LAX after a nearly monthlong trip to Barbados on Thursday. Rachel ditched her bikini and opted for a comfy sweater at the airport instead, adding a Skywalker hat that gave a fun nod to Hayden's role as Anakin in Star Wars: Episode II. The couple spent their tropical vacation staying superclose, snapping pictures, lounging in the sand, and even stealing a few kisses. Their Caribbean extravaganza kicked off over Memorial Day weekend, when the mom-to-be bared her belly in a Beach Riot bikini during a day on a boat as well as a black Marysia two-piece for some snorkeling. (Actress Lupita Nyong'o wore a white version of the suit in Hawaii!)

News of Rachel's pregnancy made headlines late last month, and though neither Rachel nor Hayden has confirmed the news, a source close to the couple has said, "They've both talked about this for a while and are so excited. Everyone is beyond thrilled for them." Also, Rachel's Hart of Dixie costar Jaime King recently shared a photo of the two on Instagram, saying, "Getting ready for Season Four of #HartOfDixie. Let's do this Bilson and baby!" Keep reading to see Rachel and Hayden's return to LA, as well as all the sweet photos from their vacation!