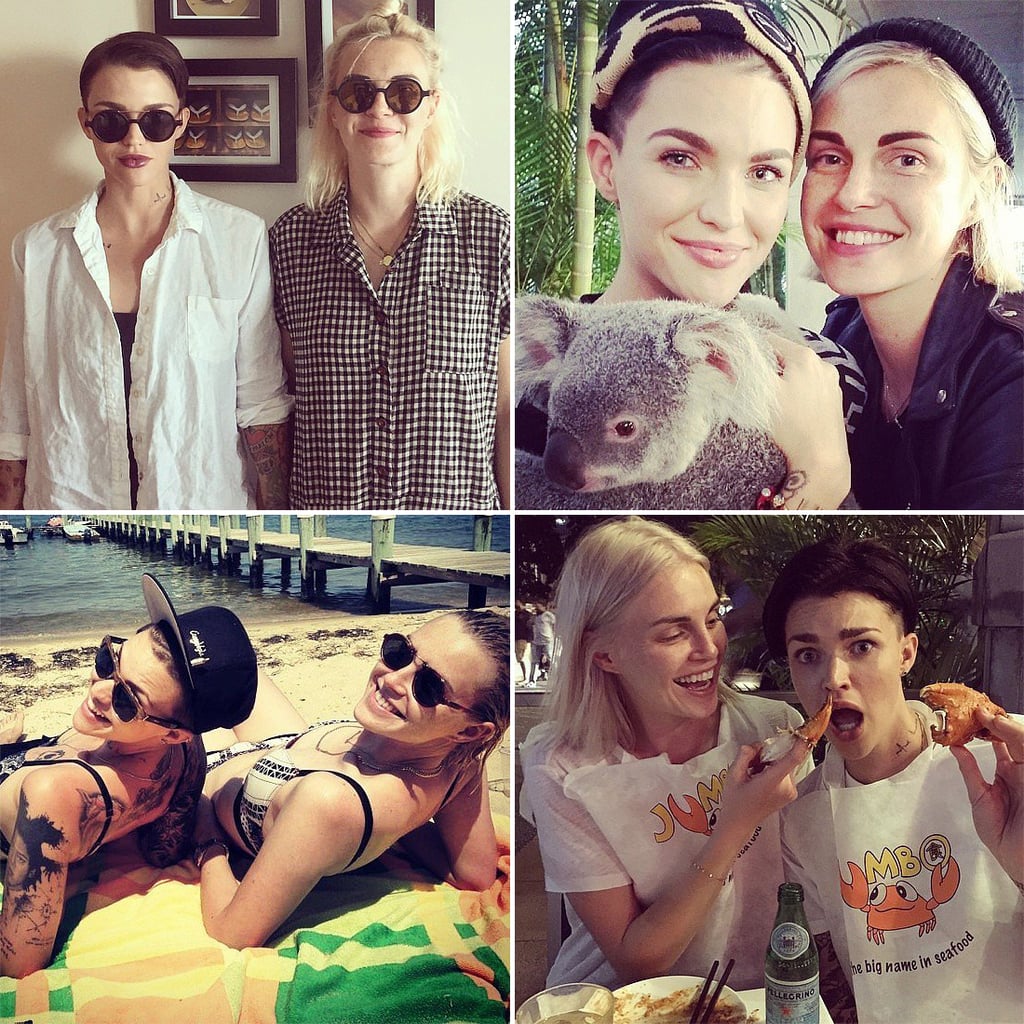 A Look Back at Ruby Rose and Phoebe Dahl's Sweetest Moments

Ruby Rose has gained tons of fame since she joined the cast of Orange Is the New Black earlier this year, and the Aussie native is also breaking hearts with her unique, gender-bending look and inspirational outlook on life. Most recently, the actress ended her engagement to Phoebe Dahl. Ruby met Phoebe — a British fashion designer and the granddaughter of children's author Roald Dahl — at a backyard barbecue in 2014, and they were engaged three months later. Throughout their relationship, the pair shared a series of sweet moments on social media, from their fun-filled travels to their laid-back evenings at home. Relive all the times Ruby and Phoebe were true love personified, then check out Ruby's hottest moments!

Justin Hartley
This Is Us Star Justin Hartley Is Married to Sofia Pernas
by Kelsie Gibson 6 hours ago
Rita Ora
In Shocking Celebrity Couple News, Taika Waititi and Rita Ora Might Be Dating?
by Grayson Gilcrease 7 hours ago

Celebrity Instagrams
18 Years Later, 2 Kids From School of Rock Are Dating in Real Life
by Yerin Kim 8 hours ago