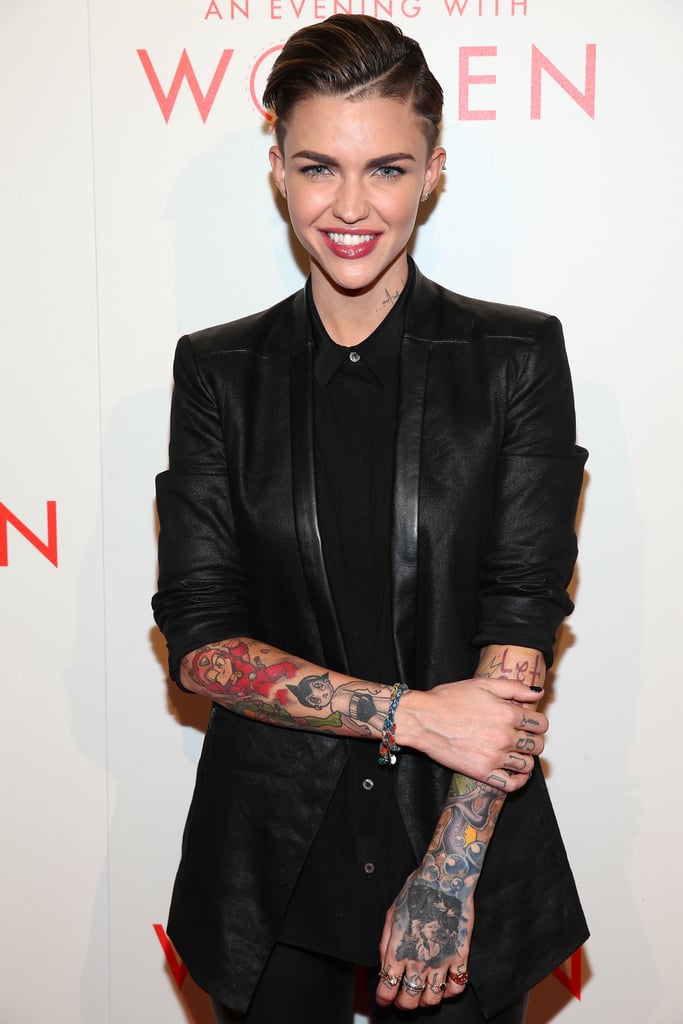 Who Is Ruby Rose? Get to Know the New Gorgeous Aussie on OITNB

In January it was announced that Australian actress, model, and DJ Ruby Rose joined the cast of Orange Is the New Black as a potential love interest for two of the main characters. Her name quickly spread across the Internet, and many people — like us — were instantly struck by how beautiful she is. Turns out, Ruby is as gorgeous on the inside as she is outside; not only is she a generous supporter of campaigns for animal welfare, anti-bullying, and youth mental health, but she also wrote and produced a short film about gender roles called Break Free, which has garnered over 2 million views. We're helping you get to know this stunning star a bit better — keep reading for 10 interesting facts about Ruby Rose, then check out pictures from OITNB season three.