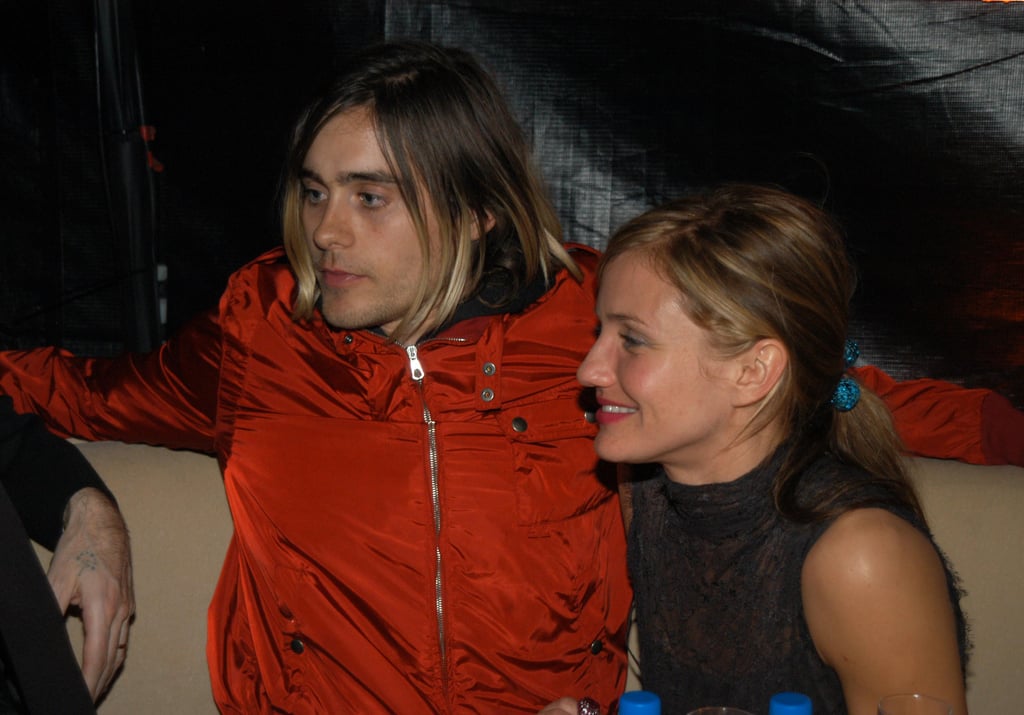 Jared Leto is one of the most eligible bachelors in Hollywood, and plenty of women have fallen for his enviable looks and undeniable charm over the years. You may recall that the Oscar winner and 30 Seconds to Mars frontman dated Cameron Diaz back in the day, and you're probably aware of that now-famous photo of then-girlfriend Scarlett Johansson trying to kiss him while he checked his cell phone, but how many of Jared's former flames do you really know about? From Ashley Olsen and Lindsay Lohan to Paris Hilton and Katy Perry, it's safe to say Leo has had as many girlfriends as he has hairstyles. If right now you're wondering, "Who is Jared Leto dating?," the actor's currently seeing Russian model Valery Kaufman, though they've been in an on-again, off-again relationship for seven years and counting.

Though 50-year-old Leto is usually pretty tight-lipped about his intimate relationships, he's generally not shy about proclaiming his love for the ladies. When asked about his "type" during a 2014 interview with Australia's "The Kyle and Jackie O Show," Leto responded, "I like it all, man, you know, isn't that the problem? I just like it all" before adding that he appreciates women and "all of their infinite fascinating features." Ahead of Apple TV's "WeCrashed" miniseries starring Leto and Anne Hathaway on March 18, we're looking back at his dating history, including serious romances and some maybe-true, maybe-not rumored dalliances. Keep reading to see them all now.