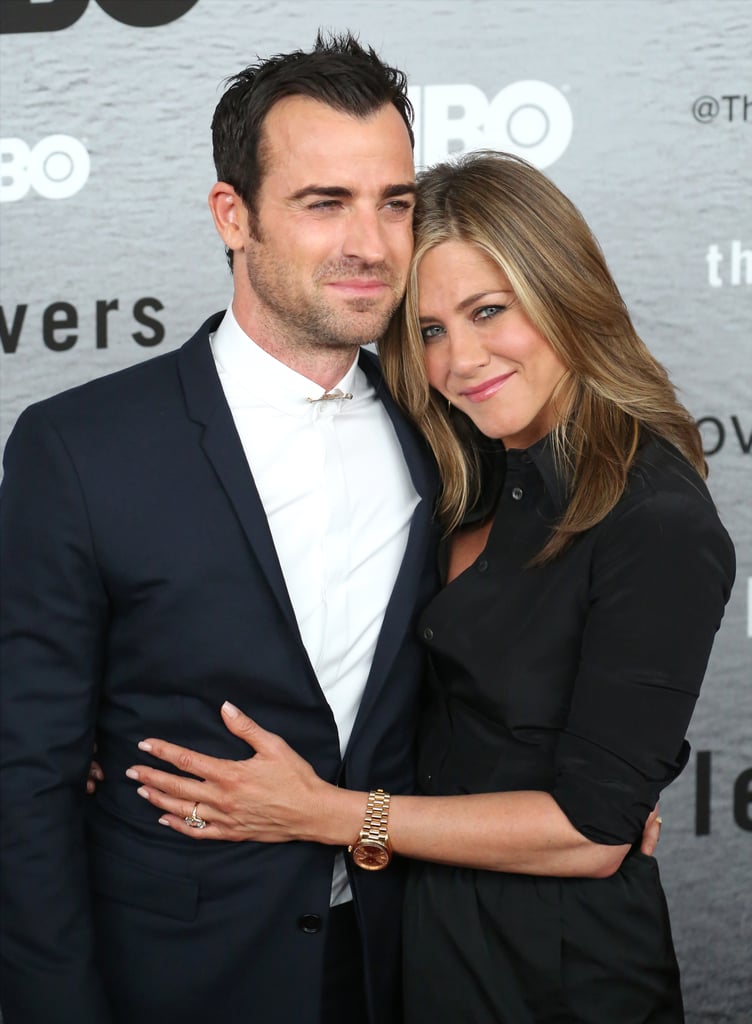 After Jennifer Aniston and Brad Pitt's 2005 split, the former Friends actress became one of the most famous, loved, and worried-about female celebrities of our time. Seriously, have people ever been more concerned about a stranger's love life? Their five-year marriage may go down in history books, but it wasn't the first high-profile relationship for either of the stars. Jen went on to date other hot celebrity guys (including a couple of costars) before eventually marrying Justin Theroux in 2015. Sadly, the couple announced their separation on Thursday, saying it "was mutual and lovingly made at the end of last year."

While Jen has made headlines for her past relationships, she has also served as an inspiration for women and will forever be one of the shining examples of resiliency after a bad breakup. Look back at the famous men who have been "more than friends" with the beloved actress.

Eminem
Eminem's Daughter Hailie Jade's Relationship With Evan McClintock, From College to Getting Engaged
by Eden Arielle Gordon 12 hours ago

Celebrity Couples
From 50 Cent to DeVon Franklin, All the People Meagan Good Has Dated Over the Years
by Alicia Geigel 13 hours ago