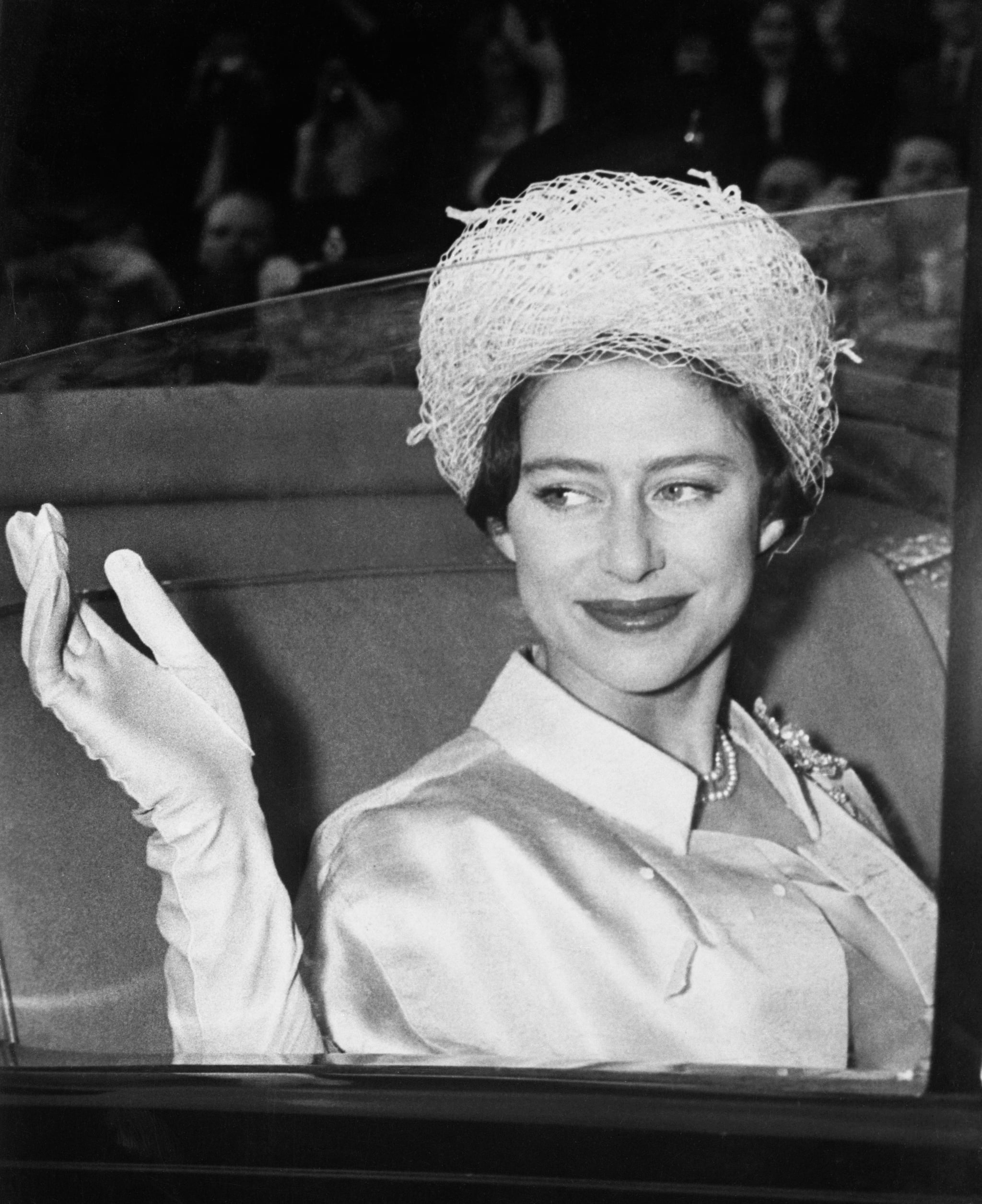 When your job is to smile, be glamorous, and uphold the royal reputation, it's understandable that there would be some pent-up rebellion. Princess Margaret, sister to Queen Elizabeth II, certainly drove against the norm, and didn't earn her Rebel Princess nickname playing by the rules. You may have watched her story unfold in Netflix's The Crown, but this is the true story on how Princess Margaret went the rebellious route.

"No wonder she began pushing at the barriers, smoking in public, enlivening society events by showing off her film star cleavage," said the narrator in the documentary Princess Margaret: Her Real Life Story, noting her "only role was to be glamorously aloof."

During her teenage years, Princess Margaret began a relationship with Captain Peter Townsend, who was a married man 16 years her senior. Their affair was kept secret early on, but was eventually revealed and considered to be inappropriate. Townsend got divorced, but was not seen as a suitable husband in the eyes of the Church of England, and Queen Elizabeth II shut down the romance.

Princess Margaret wanted to marry Townsend, however, and was told she could if she gave up her royal privileges and income. Her decision and statement were read on the radio in 1955: "I have been aware that, subject to my renouncing my rights of succession, it might have been possible for me to contract a civil marriage. But, mindful of the Church's teaching that Christian marriage is indissoluble, and conscious of my duty to the Commonwealth, I have resolved to put these considerations before any others. I have reached this decision entirely alone, and in doing so I have been strengthened by the unfailing support and devotion of Group Captain Townsend."

Although heartbroken, she eventually moved on and met photographer Antony Armstrong-Jones, nicknamed Tony, at a dinner party in 1958. Their relationship wasn't romantic right away, but the two married in 1960 and he became the Earl of Snowdon. From the outside, their marriage looked full of love and charm. However, Lord Snowdon had multiple affairs during his relationship, including with Camilla Fry, which resulted in a child who was born while he was on his honeymoon with Princess Margaret.

It wasn't just Lord Snowdon who was unfaithful in the marriage, though. Rumors tied Princess Margaret to multiple men, but one who was 17 years her junior was of particular interest. Compromising photos of her and Roddy Llewellyn, a landscape gardener and an aristocrat, surfaced in 1976. The two appeared to be on a romantic holiday on Mustique, a private island in the Caribbean. Princess Margaret and Lord Snowdon separated, and her lover put out a statement.

"I am not prepared to comment on the events of last week," Llewellyn said. "I much regret any embarrassment caused to her Majesty the Queen and the royal family, for whom I wish to express the greatest respect, admiration, and loyalty."

The princess liked her booze and had a smoking habit, which was looked down upon in public, especially as it pertained to a royal. However, she was more involved in cultural activities than she was given credit for.

"She was a very, very cultured woman," Christopher Warwick, the princess's authorized biographer, said in the documentary Princess Margaret — A Life of Contrasts. "She loved art, she loved the theater, she adored the ballet, and was president of the Royal Ballet for more than 40 years. When it came to culture she was underestimated."

The reasoning for this could be pinpointed to her being the original celebrity princess. Before we had Prince William and Kate Middleton and Prince Harry and Meghan Markle, Princess Margaret's life was splashed across newspapers.

"The documentary shows that Princess Margaret wasn't just the good time girl of legend," Warwick said. "If you believed what tabloids said at the time, she was just some airhead party girl."

One of Princess Margaret's more scandalous moments was printed in The Times of London in 1967. Her photographer husband took a photo of her where she appeared to be nude. Though she wasn't, the resulting image was racy for that time, and Lord Snowdon sent the image to the newspaper. You could imagine the reaction, and the fact that Princess Margaret was a mother of two by that time just added fuel to the fire. Even after this scandal, Lord Snowdown continued taking portraits of the royal family — even after the two divorced.

Princess Margaret and Lord Snowdon ended their marriage in 1978, making them the first royal couple to do so in 77 years. Divorce was frowned upon in the royal family, so that in itself added to her Rebel Princess reputation.

Fast forward to 2002, and she passed away after suffering a second stroke at the age of 71. As rebellious as she was viewed, Princess Margaret is remembered for her fabulously royal life.