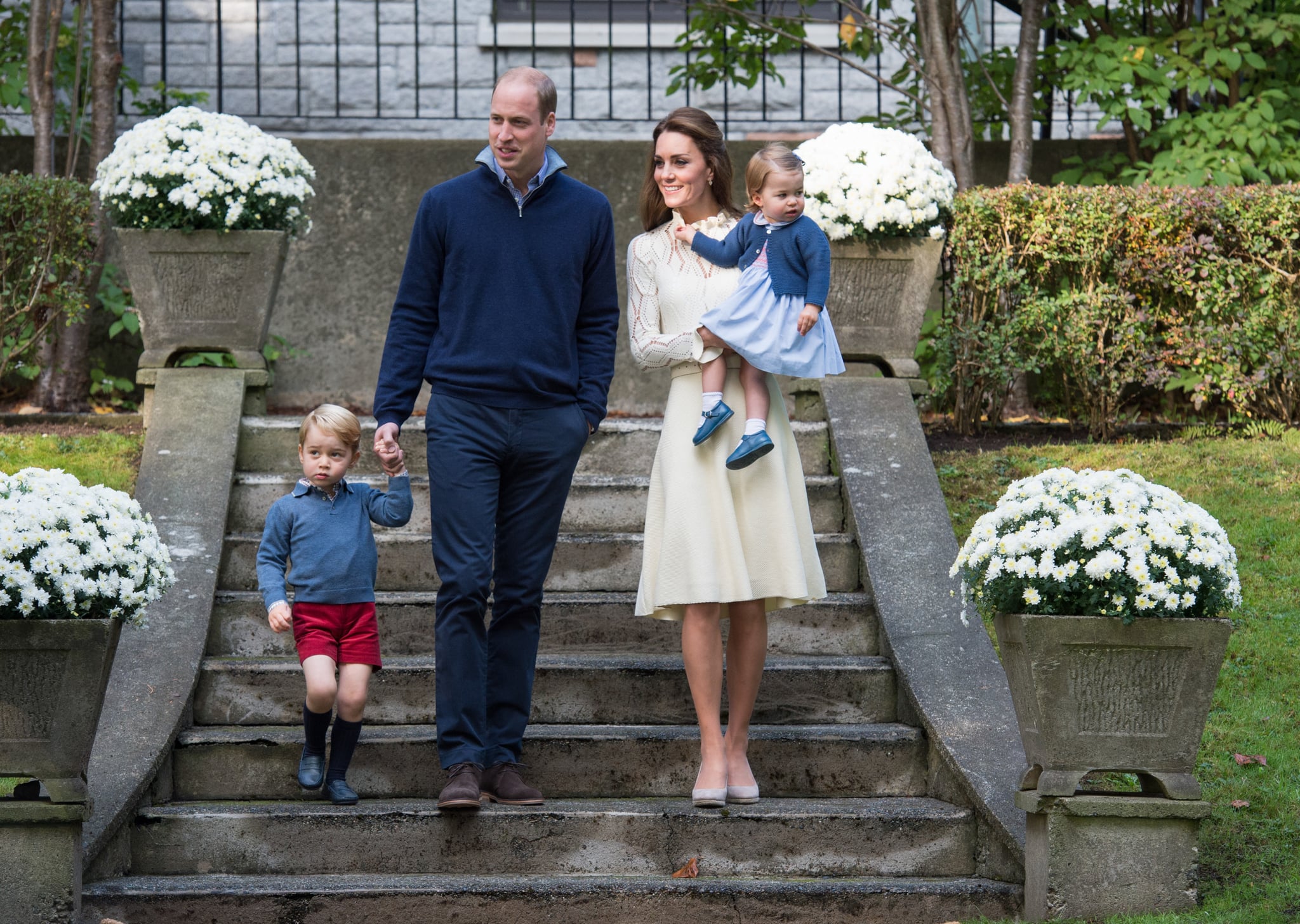 The announcement that the Duchess of Cambridge is pregnant with her third child is what royal-watchers were waiting for, and yet, with Prince Philip now retired, William quitting his job as an Air Ambulance pilot, and the family of four moving to London full-time so he and Kate can take on more royal duties, why exactly did they decide to add to their family?

Related:
34 Kate Middleton Mom Moments That Will Melt Your Heart

It's easy to look at Kate and her two siblings, Pippa and James, and assume that she would like her children to have a similar experience to what she had, but it could well have been that William was keen to have another child for his own reasons. After all, he felt the pressures of growing up with the weight of the future on his shoulders, but luckily he had younger brother Harry by his side — the only other person in the world who had an idea of what his life was like. It's no secret that the two brothers are also best friends, and William stated in a Heads Together video released to raise awareness of the importance of discussing feelings, "We are uniquely bonded because of what we've been through." It could be that William wants as much support as possible for Prince George, and with two siblings in his corner, the prince will have a lifetime of backup to look forward to.

The reason for baby number three could also go beyond emotional support and be rooted more in practicality. The queen has four children — Charles, Anne, Andrew, and Edward — which meant that throughout the 1970s and 1980s, there were plenty of senior family members to share the royal duties. As her children started marrying and their spouses were added to the mix, at one point there were a key eight to share the workload (the queen, Prince Philip, Prince Charles, Princess Diana, Princess Anne, Prince Andrew, Sarah Duchess of York, and Prince Edward).

The reason for baby number three could also go beyond emotional support and be rooted more in practicality.

However, now that Charles's siblings are playing less of a key role and Prince Philip is retired, the high-profile duties are mainly the responsibility of a core group of six — the queen, Charles, Camilla Parker-Bowles, William, Kate, and Harry. William and Kate having a third child means that when their children come of age and marry, the number will be back up again to 10 (Charles, Camilla, William, Kate, George, Charlotte, baby three, and their spouses), and Prince George will have plenty of practical support as he moves through his adult life.

But what about Harry, his future wife Meghan Markle, and any children they have? As is always the case with the "spare to the heir," for the first 30 or so years of their lives, they are the second most important person in the future of the monarchy, but then as the elder sibling starts their own family, the younger rapidly gets bumped down the line of succession, along with the significance of their royal role. Until that time, though, we can expect to see plenty of Harry over the coming decades, until George, Charlotte, and baby number three enter royal life full-time.