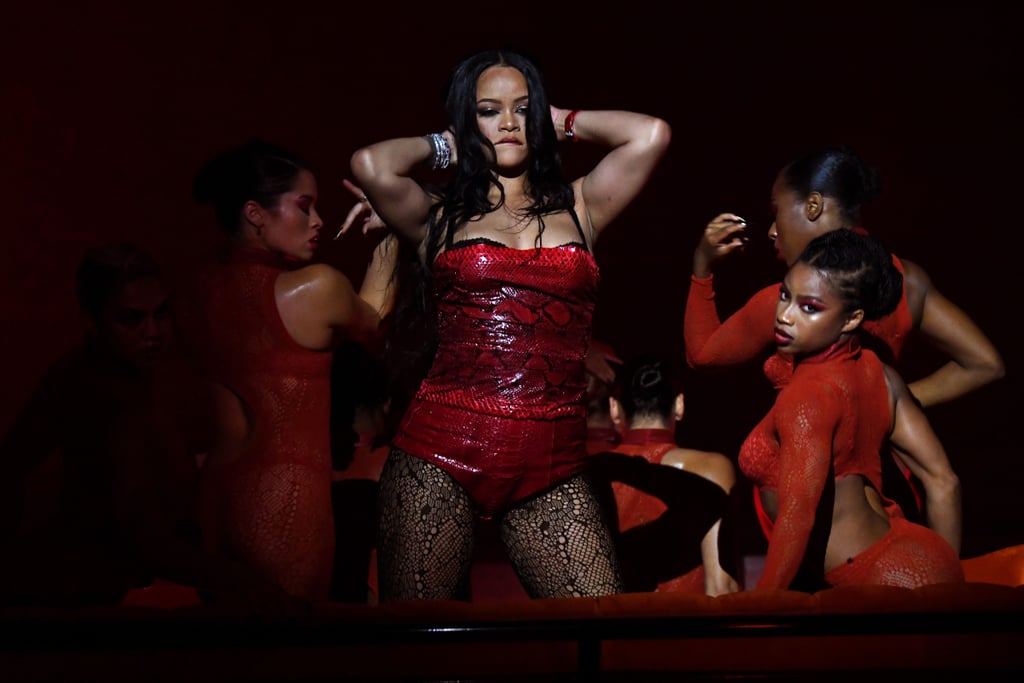 After much anticipation, Rihanna finally released her Savage x Fenty Vol. 3 show via Amazon Prime Video on Sept. 24, and it just might be her sexiest lingerie event yet. For the third edition of her annual production, the billionaire business mogul turned things up a notch to debut an immersive, modern fashion experience of her latest collection that was too extraordinary for the average runway.

As the show's executive producer and creative director, Rihanna takes viewers on an adventure through the Westin Bonaventure Hotel in Los Angeles that's full of provocative looks, fierce choreography, and a slew of star-studded appearances from some of the biggest names in the industry like Gigi Hadid, Jeremy Pope, Vanessa Hudgens, Cindy Crawford, Erykah Badu, and many more. To top it off, the special event featured musical performances from superstars like Normani, Jazmine Sullivan, Nas, Daddy Yankee, Ricky Martin, BIA, and Jade Novah.

This year's show is a must-see event, and for every jaw-dropping moment that happens during the show, there's an even bigger surprise waiting just around the corner. Keep reading ahead to see every celebrity that showed up and showed out for Rihanna's fashion extravaganza!

TV
Is Anyone Else Wondering What's Up Between Queen Alicent and Ser Criston Cole?
by Victoria Edel 17 hours ago