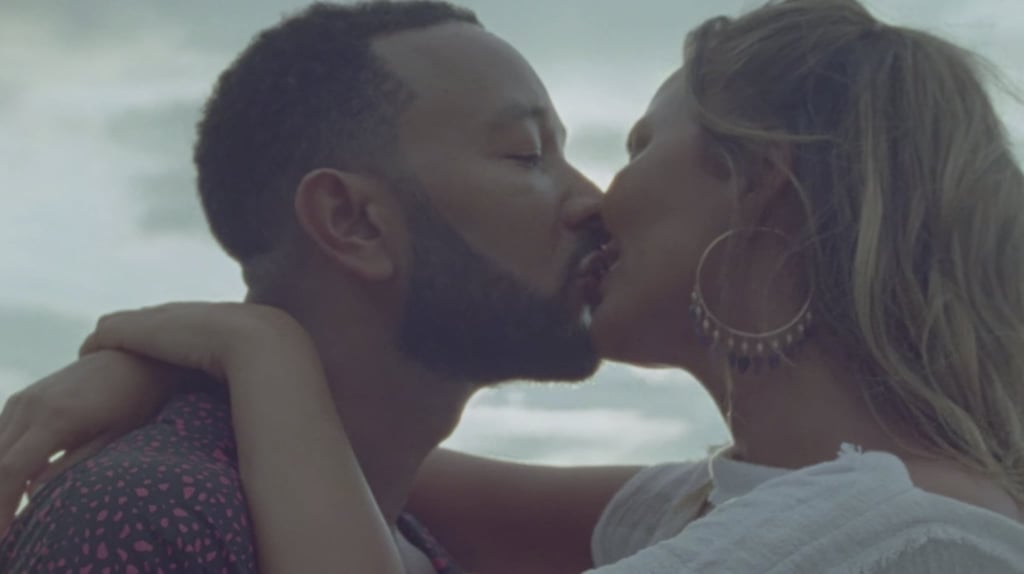 Surprise — Chrissy Teigen and John Legend are expecting their third child, Us Weekly confirms. On Thursday, the couple announced the exciting news through John's "Wild" video. In the visual, we catch glimpses of John and Chrissy riding in a convertible and hanging out on the beach, but just as the video is about to end, the 34-year-old cookbook author gives us a glimpse of her pregnancy. Chrissy later confirmed the news by sharing a video of her growing belly on Twitter. "Look at this third baby sh*t," she said in the clip. She also retweeted (with a smiling heart emoji) Vevo's tweet, which read, "@johnlegend and @chrissyteigen drive us 'Wild' in the heartfelt visuals for John's latest song with @garyclarkjr! Be sure to watch it now for a beautiful surprise!"

Ahead of the big premiere, John and Chrissy hosted a live streaming session on YouTube, where they hinted at the news, saying their videos together have been an evolution of them as a couple. "It's been chronicling our family's growth and our journey and we're so happy that this video is the next chapter."

We've been swooning over John and Chrissy's romance ever since they tied the knot in September 2013. Their new bundle of joy will join their two kids, 4-year-old daughter Luna and 2-year-old son Miles. Congrats to John and Chrissy on their growing family!