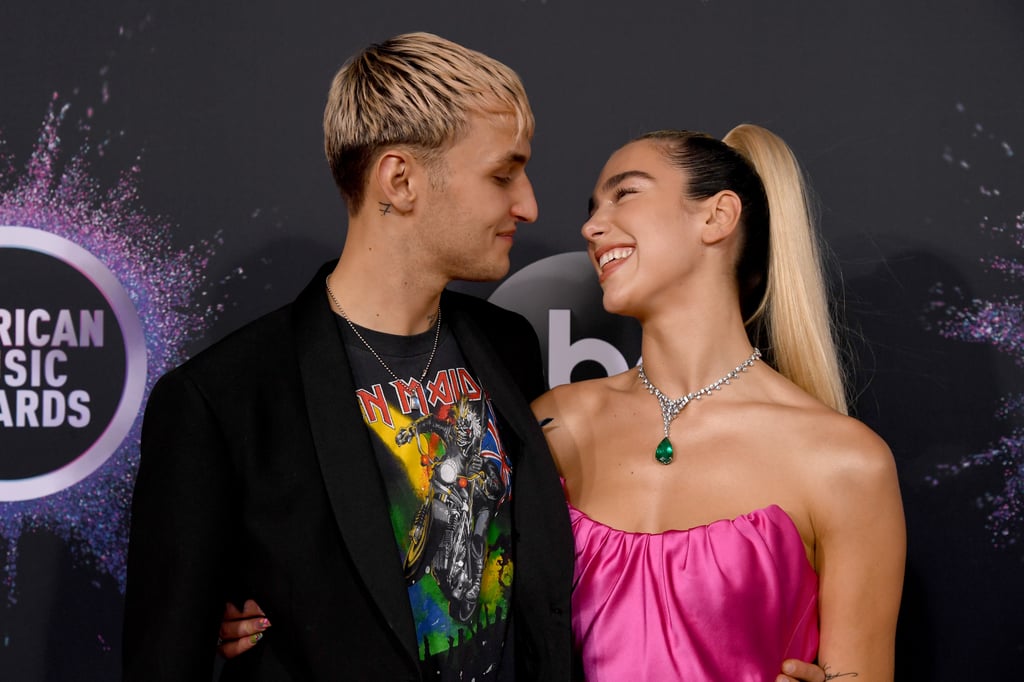 Dua Lipa is the queen of breakup anthems, but she's happily taken in real life. The talented 24-year-old is currently dating 20-year-old model Anwar Hadid, aka the younger brother of Bella and Gigi Hadid. The couple first sparked romance rumors with their PDA-filled appearance at the British Summer Time Hyde Park music festival in July and recently made their red carpet debut as a couple at the American Music Awards.

Though their relationship is still fairly new, it's clear that they make each other very happy. Whether they're sharing a kiss during vacation or they're attending an award show together, Dua always has a huge smile on her face. See their cutest pictures together ahead.

Celebrity Couples
So, What's the Deal With The Bachelor's Victoria Fuller and Chase Rice?
by Monica Sisavat 2 days ago

Celebrity Instagrams
They're Here! Meet the New Celebrity Babies of 2020
by Mekishana Pierre 1 day ago

Celebrity Couples
Christina Milian Welcomes a Baby Boy With Boyfriend Matt Pokora: "And So We Begin"
by Samantha Brodsky 4 days ago