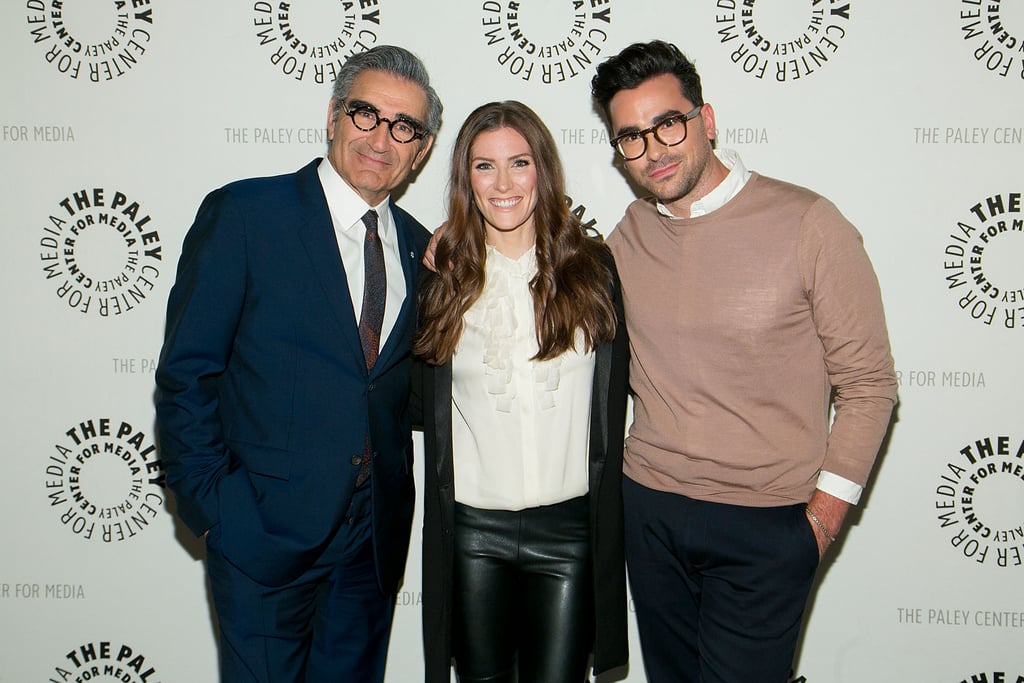 We love seeing the tight-knit bond between the cast of Schitt's Creek. Unlike on the show, the crew seem like one big, happy family in real life, and that's probably because they pretty much are. For those who don't know, Eugene Levy (Johnny Rose) is Dan (David Rose) and Sarah Levy's (Twyla Sands) father. Dan was born on Aug. 9, 1983, while Sarah's birthday is on Sept. 10, 1986, making them three years apart. Their mother is writer Deborah Divine, though she doesn't appear on the show. When asked what it was like working with his kids on the show, Eugene told The Canadian Press that it was "strange" but "exciting" at the same time. Sadly, Schitt's Creek came to an end after its sixth season in April, but at least we'll always have these cute photos of the Levy family to remember it by.

Ed Sheeran
Ed Sheeran Announces Birth of Second Child: "Over the Moon to Be a Family of 4"
by Eden Arielle Gordon 16 hours ago