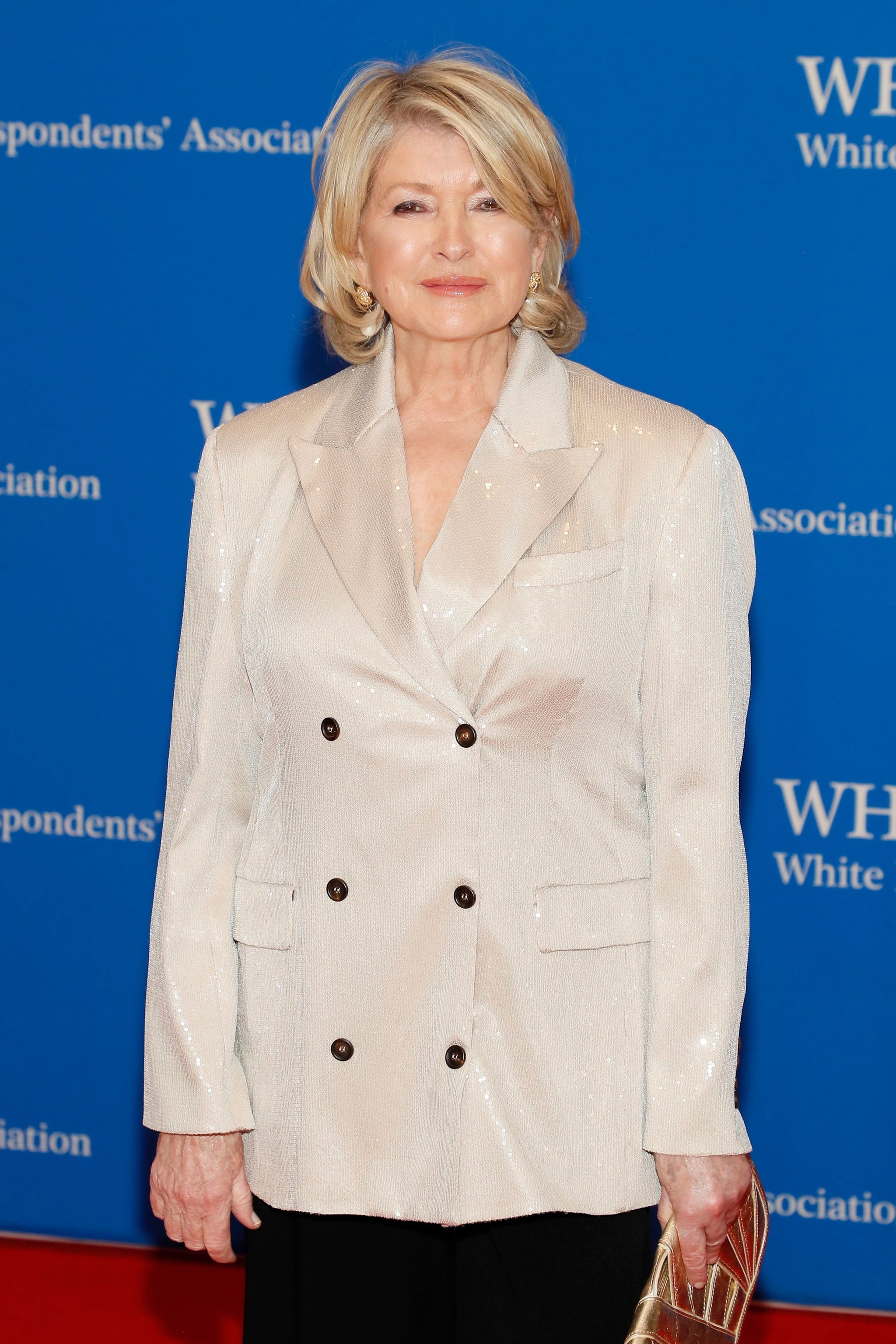 Yes, Martha Stewart has seen that viral Pete Davidson meme, but if she slides into the former "Saturday Night Live" star's DMs it will be to invite him to be on her podcast, not to strike up a romance. After news broke of Davidson and Kim Kardashian's split, a photo from April's White House Correspondents' Dinner featuring Stewart holding Davidson's hand began to circulate alongside jokes that the two would soon be dating. "We should've seen this coming," one fan tweeted.

The 81-year-old business mogul is taking the meme in stride and using it as a chance to tell the world just how much she adores Davidson. In a new interview with the Daily Mail, she said the actor is "like the son I never had."

Stewart added, "He is a charming boy who is finding his way. I've invited him to come on my podcast and I look forward to hearing what he has to say."

Related:
Martha Stewart Celebrates Turning 81 With a Selfie After a "Bit Too Much" Chardonnay

On Aug. 6, it was confirmed that Kardashian and Davidson split after nine months of dating. A source told Entertainment Tonight that although the former couple still have chemistry, they're simply in different places in their lives right now. "They had tons of chemistry, and still do, but she kind of wants to be single and date," the source explained. "Kim still adores Pete and will always be friends with him. She still thinks he's the nicest and sweetest guy in the world and there's no drama or anything weird between them now. She felt like Pete was the extreme opposite of Kanye and it was good for her then."

Both Davidson and Kardashian have been in their fair share of high-profile relationships. Prior to dating Kardashian, the "Bodies, Bodies, Bodies" actor was engaged to Ariana Grande. He's also been linked to "Bridgerton" star Phoebe Dynevor, Kate Beckinsale, and Margaret Qualley. As a result, the 28-year-old is no stranger to having his love life become a hot topic among his fans.

While the actor hasn't commented on the Stewart meme, you can bet he'll have plenty to say on the matter if he takes up her offer to be a guest on "The Martha Stewart Podcast."

Celebrity News
The Try Guys Drama Continues: All You Need to Know About Ned Fulmer
by Pallavi Bhadu 11 hours ago

Celebrity News
Barack Obama Celebrates 30 Years With Michelle Obama: "I Won the Lottery That Day"
by Chanel Vargas 12 hours ago