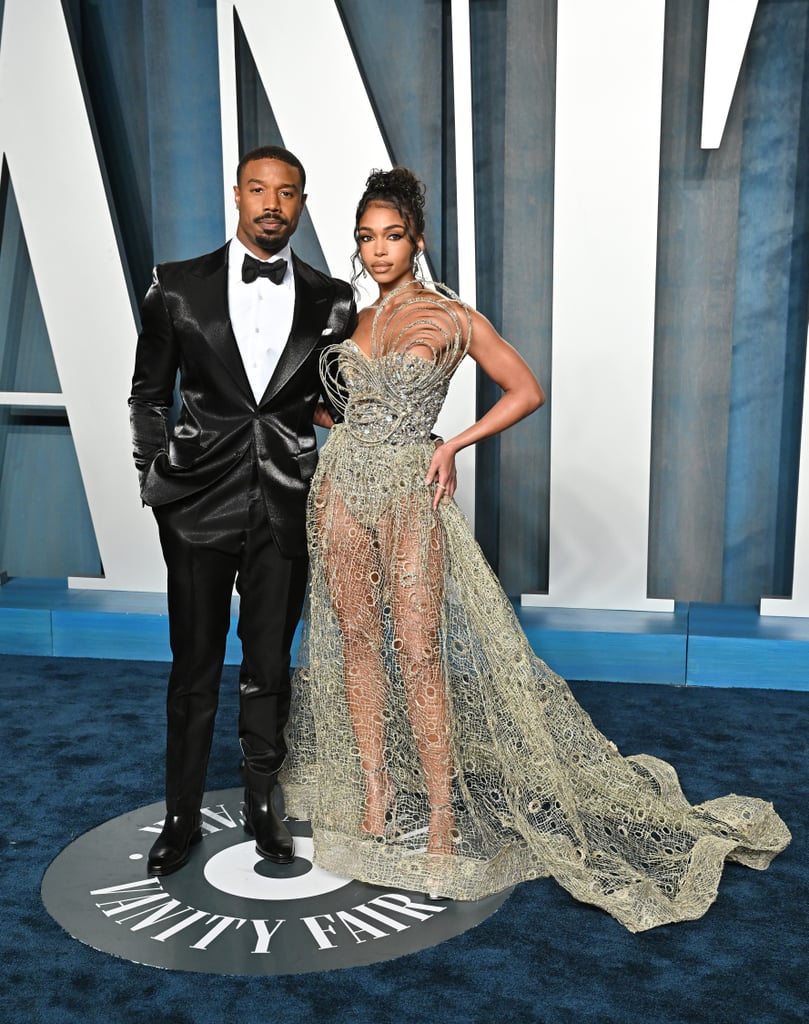 Michael B. Jordan and Lori Harvey have called it quits after a year of dating. A source told People the couple recently broke up and "are both completely heartbroken." The source added: "They still love each other."

While neither Jordan nor Harvey has publicly commented on their split, Harvey's dad, Steve Harvey, addressed the breakup during "The Steve Harvey Morning Show" on June 6, saying he's "team Lori, 1,000 percent." He continued: "She's my daughter. I love her, I support her . . . as long as everybody can walk away in peace, be friends . . . I ain't heard nobody say they busted no windows or nothing. As long as you don't put your hands on my daughter, I don't give a damn what you do." Lori Harvey has also deleted all her photos with Jordan on her Instagram.

Jordan and Harvey were first rumored to be dating back in November 2020, when they were spotted hanging out over the holidays, but it wasn't until Jan. 10, 2021, that they finally made their relationship Instagram official.

Shortly after, they slowly began sharing more of their romance on social media. On Jan. 13, 2021, Jordan posted some snaps from their Utah vacation as a birthday tribute to Harvey with the caption: "10:10 HBD 🐢 #24." The post's caption also confirmed their cutesy nicknames for each other; Harvey was apparently Jordan's "turtle," a term of endearment he referred to in Harvey's birthday post a day prior, and she called him her "nugget." The following month, Harvey showered Jordan with birthday love as she captioned a cute photo of them dressed up, "Happyyy Birthdayyy Nugget 🎂 I love you baby . . . hope today has been at least half as special as you are."

The couple's cute moments didn't stop there. Harvey and Jordan took date night to the next level for the premiere of "Without Remorse" in April 2021, decked out in custom Prada. "We were looking for a reason to get dressed up. 'Without Remorse' premiere at the crib works right?!" Jordan captioned a pic of the two on Instagram. Of course, the duo looked damn good, and Harvey couldn't help but comment, "Whewwww you so fine 🤤😍😍."

The two also looked inseparable when they made their red carpet debut at Vanity Fair's Oscars afterparty this year. Ahead, take a look back at the way they were.