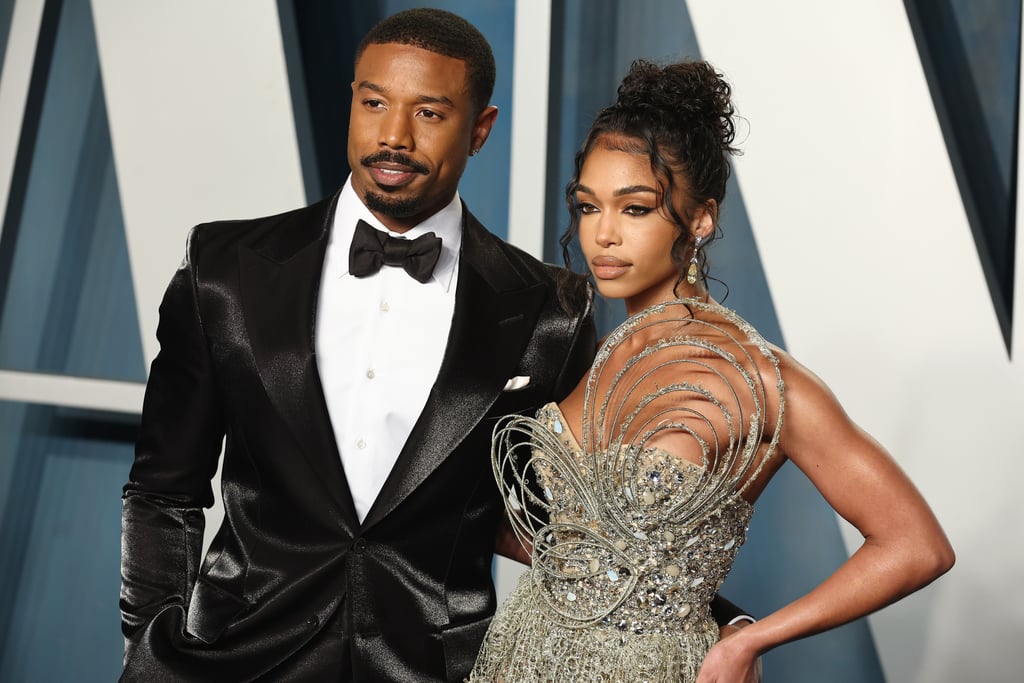 Over a year into dating, Michael B. Jordan and Lori Harvey are finally making their red carpet debut. The attractive couple undoubtedly turned heads upon their arrival at the Vanity Fair Oscars party on March 27. While the pair have publicized their sweet romance on Instagram and in interviews throughout the past few months, Sunday marks the first time they posed together on a red carpet. Harvey was a work of art in a sparkly couture gown from Tony Ward, while Jordan looked dapper in a sleek black tux.

First linked together in November 2020, Jordan and Harvey confirmed their relationship via Instagram last January, when they shared the same intimate snaps of each other, taking the internet by surprise. Since becoming Instagram official, the couple have continued to reveal more details about their romance. In POPSUGAR's January 2022 cover story with Harvey, the founder of Skn by LH spoke about teaching Jordan all about skin care and playing chess together. She also shared that she hoped to have a baby and be married in five years.

After celebrating their one-year anniversary in November 2021, Jordan said he'd "finally found what love was" in an interview with The Hollywood Reporter. "When I was younger, I don't know if I could have handled the onslaught of opinions and being picked apart, and also being conscious of what the other person's going to go through. It takes a special person to deal with that." Most importantly, Jordan has Steve Harvey's approval.

Ahead, get a closer look at the couple's stunning red carpet debut.