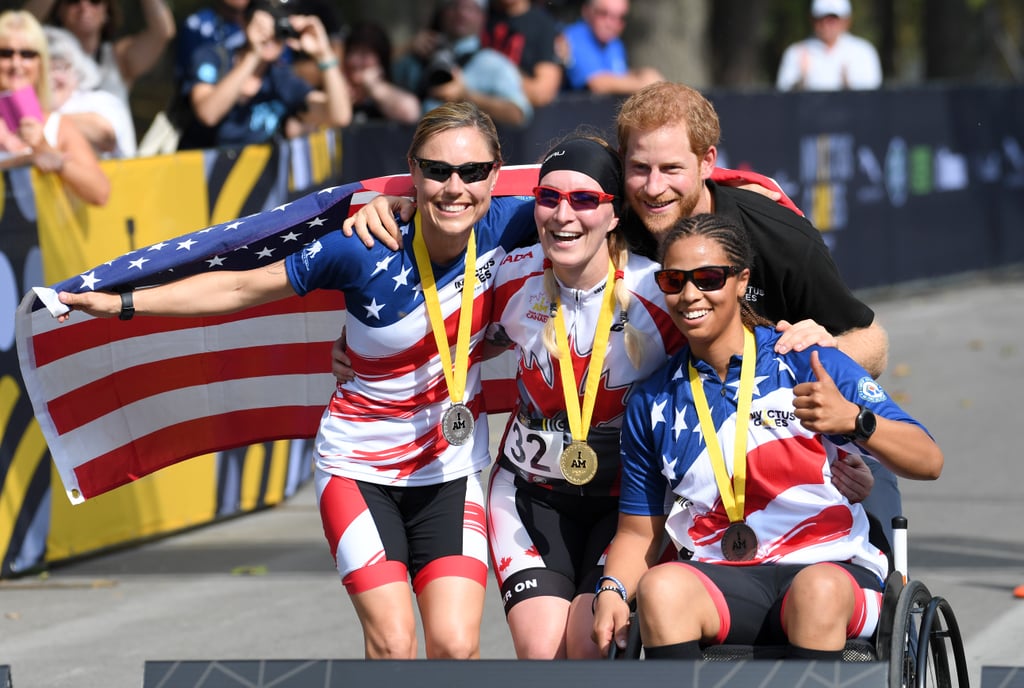 Prince Harry's Invictus Games finally have a new date! After the 2020 Paralympic-style competition for wounded and recovering soldiers and veterans was postponed amid the COVID-19 pandemic, it was announced on April 7 that the games are headed to The Hague, Netherlands in 2022. The competition will take place from April 16 to 22.

Harry launched the seven-day sporting event back in September 2014 after he was introduced to the Warrior Games during a trip to the US in 2013. He wanted to create something similar and use sports to help aid the physical, psychological, and social recovery of active-duty soldiers and veterans. Since then, the event has taken place in London, Orlando, Toronto, and Sydney, and the 2022 event will actually be featured in Harry and Meghan Markle's first Netflix series, Heart of Invictus. The docuseries, which doesn't have a premiere date yet, will follow athletes as they prepare for the competition.

"Since the very first Invictus Games back in 2014, we knew that each competitor would contribute in their own exceptional way to a mosaic of resilience, determination, and resolve," Harry previously said in a statement on Archewell's website. "This series will give communities around the world a window into the moving and uplifting stories of these competitors on their path to the Netherlands next year. As Archewell Productions' first series with Netflix, in partnership with the Invictus Games Foundation, I couldn't be more excited for the journey ahead or prouder of the Invictus community for continuously inspiring global healing, human potential and continued service."

Fun fact: Harry and Meghan actually made their public debut as a couple at the 2017 sporting event in Toronto. Ahead of the 2022 Invictus Games, keep reading to see photos from previous competitions.