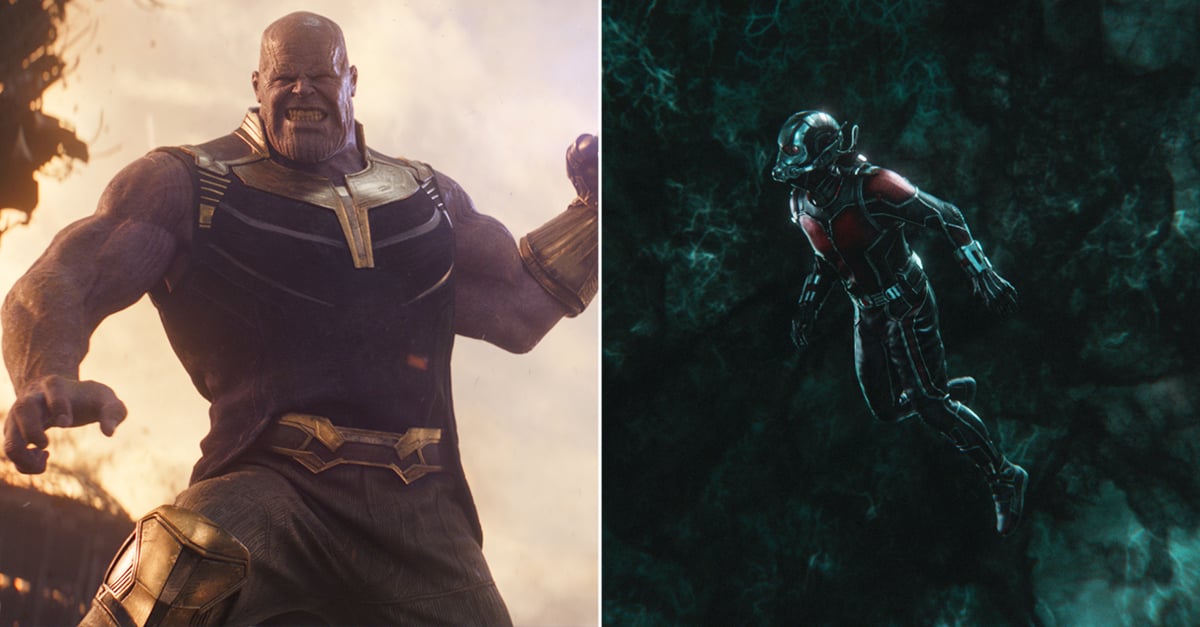 There have been a lot of theories about how Avengers: Endgame will go down when it finally premieres on April 26. We've contemplated everything from the use of time travel to alternate timelines and even the reversal of time. At this point, it's universally acknowledged that Ant-Man will play a large part in the eventual takedown of the Mad Titan Thanos, but there's one particular theory that's been going around the dark corners of the internet, and it's . . . different. What if Paul Rudd's Scott Lang shrunk down, crawled into Thanos's butt, and burst out of him by growing back to life-size?

Yes, we're completely serious; this is a theory that has been making its rounds for a hot minute. It even has its own song, which is criminally catchy for being a jaunty tune about a superhero crawling into a villain's butt. The theory itself came from the pages of Reddit (which is where all great ideas come from) a year ago and made its way to Twitter soon after. Since then, it's been brought up to various Endgame personnel, including directors Joe and Anthony Russo, who told ComicBook.com that the scheme probably wouldn't end up working in Lang's favor.

"Listen, here's the thing. Thanos is incredibly strong. His skin is almost impervious," Joe explained. "The question would be what would happen to Ant-Man if he did that. Would it work? Would it not work? If it didn't work, it would be really bad."

The Mad Titan has all the Infinity Stones and can't even be stopped by an Avenger in his rectum. Gotta respect that kind of power. Rudd himself was questioned about the theory, most recently during "Avengers Week" on Jimmy Kimmel Live, and the actor resolutely stayed mum to whether or not such a thing is even possible.

"Look, these lips are sealed," the actor replied when Kimmel asked if he's heard of the theory. Such a diplomatic answer when someone asks you whether or not your character will save the universe by crawling up a giant purple man's rear-end.

We're pretty sure Marvel and Disney aren't trying to have Ant-Man journeying through Thanos's shorts to get to his rear (no matter how catchy a song may be), so it's safe to say this particular theory is dead in the water.