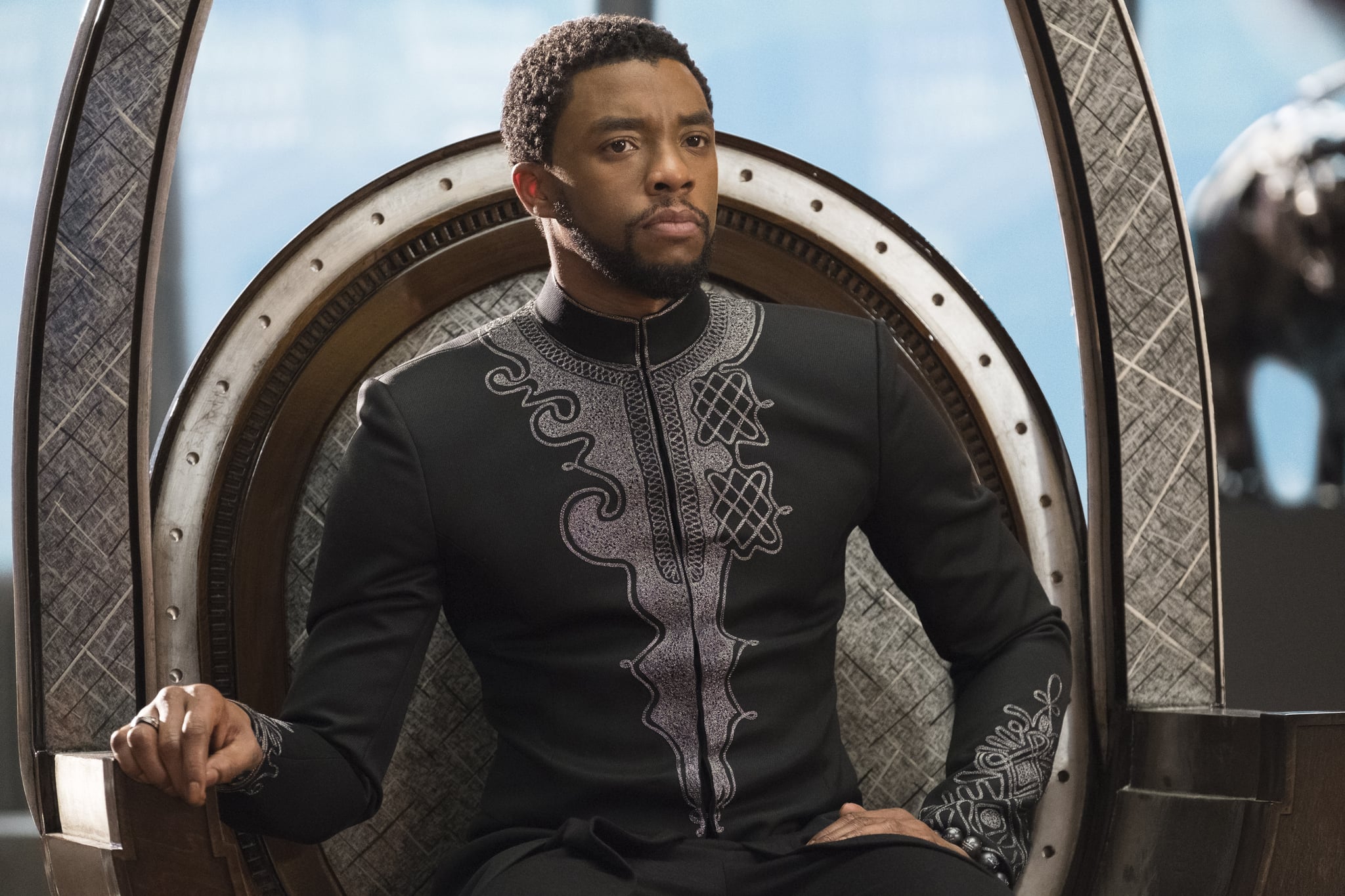 Warning: Spoilers for Black Panther below!

Not only is Black Panther set to become one of the highest-grossing movies of the year, but its compelling storyline about whether empowered nations should step in to help those in need and accept refugees is strikingly relevant in today's political climate. For obvious reasons, the movie has no problem addressing the current president of the United States. The moment happens in such a not-so-subtle way that we can't help but think Donald Trump will be tweeting about it in 3, 2, 1 . . .

For those of you who were smart enough to stay for the two postcredits scenes at the end of the film, then you got to witness the poignant clapback that comes in the form of a speech delivered by King T'Challa (Chadwick Boseman) while addressing the United Nations.

"But in times of crisis, the wise build bridges, while the foolish build barriers."

"Wakanda will no longer watch from the shadows. We cannot. We must not," T'Challa declares. "We will work to be an example of how we as brothers and sisters on this earth should treat each other. Now, more than ever, the illusions of division threaten our very existence. We all know the truth: more connects us than separates us. But in times of crisis, the wise build bridges, while the foolish build barriers. We must find a way to look after one another as if we were one single tribe."

Related:
Black Panther Slips in a Very Sneaky Nod to a Character From the Comics

The noted zinger is a direct response to Trump's controversial plan to "build a wall" across the Mexican border. In the film, T'Challa initially believes in the concept of every country fending for itself, but after a bloody battle with Erik Killmonger (Michael B. Jordan), who believes in globalism, he later comes to understand the importance of sharing Wakanda's technologically advanced resources with the rest of the world. We thought we couldn't love Black Panther even more, but please mark this as reason number 1,234,567 why we do.