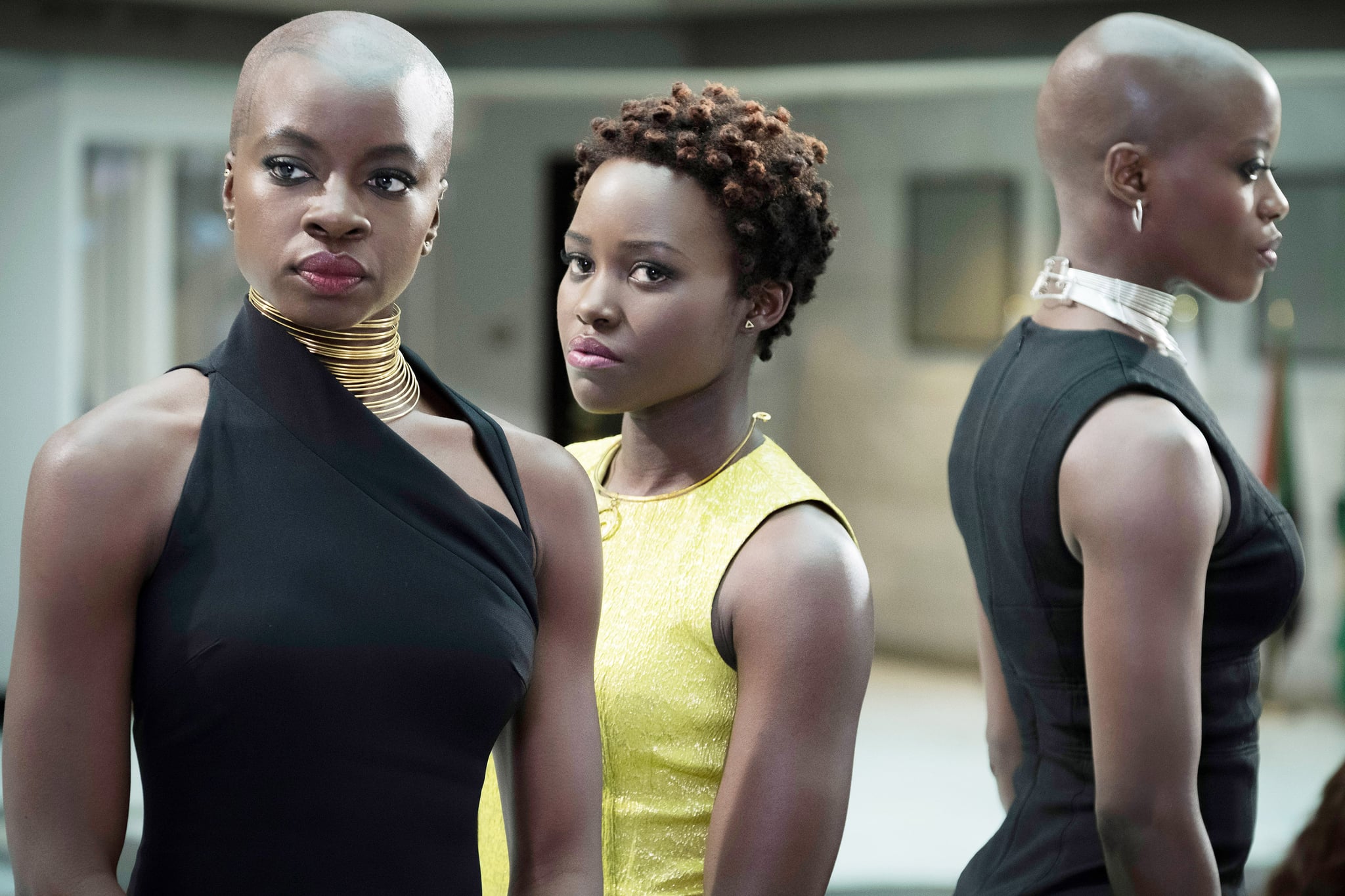 Like a gift sent directly from the heavens, Black Panther graced theaters this month. Marvel's latest offering is a brilliant, dynamic, and diverse achievement, featuring terrific performances from stars Chadwick Boseman, Danai Gurira, and Lupita Nyong'o. It's unlike any other film from the studio thus far, but of course, Black Panther shares a common Marvel trait: yes, there are some postcredit scenes.

There are only two, with the first coming almost directly after the final official scene in the movie and the second all the way at the end. While both scenes are exciting, the latter has one especially important element that makes sitting through hundreds of scrolling names worth it. If you were confused about what you saw when you witnessed them for yourself, or you just really want to know what you're getting into, we've got you covered.

Again, it's about to get real, REAL spoiler-y below. This is your last chance! 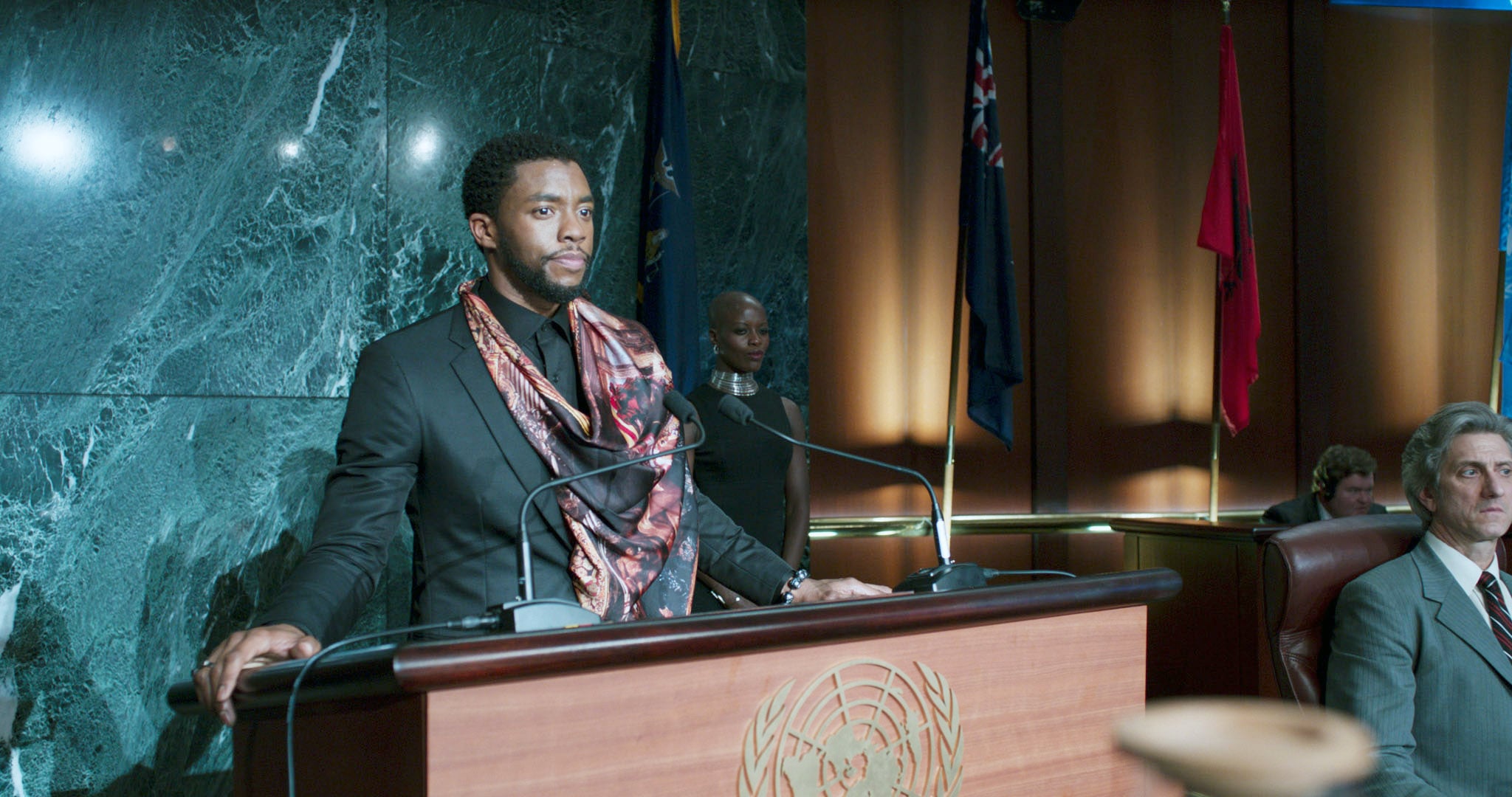 The film wraps up with King T'Challa (Boseman), aka the titular Black Panther, deciding that sealing off Wakanda's invaluable resources and technological advancements from the rest of the world the way his father did is no longer the right choice. He announces his decision during a meeting with the United Nations, delivering a powerful speech about focusing on what we all have in common, rather than what divides us. With Nakia (Nyong'o), Okoye (Gurira), and Ayo (Florence Kasumba) by his side, he takes a brave step forward for both himself and his country, hinting at how Wakanda will play a part in Avengers: Infinity War.

This one is the biggie. After what feels like an eternity of watching the names of special-effects artists trickle down the screen, this scene opens with a close-up of the faces of two Wakandan children, who are looking down at someone off camera. The person moves, and the kids get scared and run outside the hut, screaming that "The White Wolf" is awake. They bump into T'Challa's sister, Shuri (Letitia Wright), who teases them about being so jumpy. Then we see a one-armed man walk out of the hut: Bucky Barnes!

The last time we see Sebastian Stan's antihero, he's being put into cryogenic stasis in Wakanda at the end of Captain America: Civil War so he can recover in peace. It looks like he's made significant progress with the help of Shuri and hopefully is free from the conditioning that had him at a disadvantage in the previous films.

What's really interesting about this scene (other than Bucky's beard, which is . . . damn) is the explicit mention of the name White Wolf. In the comics, a character called Hunter is adopted by T'Challa's father, King T'Chaka, after his parents die in a plane crash in Wakanda. He grows up with a deep passion for his adoptive nation, and although his relationship with T'Challa is rocky, they both want to protect Wakanda. Hunter is made the leader of the Wakandan secret police at one point, which is where he's given the nickname White Wolf.

Obviously Bucky has a very different backstory, so maybe this is just a fun Easter egg for diehard fans. Then again, maybe it's a hint that Bucky will take on some of the White Wolf's characteristics in future films. He's clearly already chummy with Shuri!