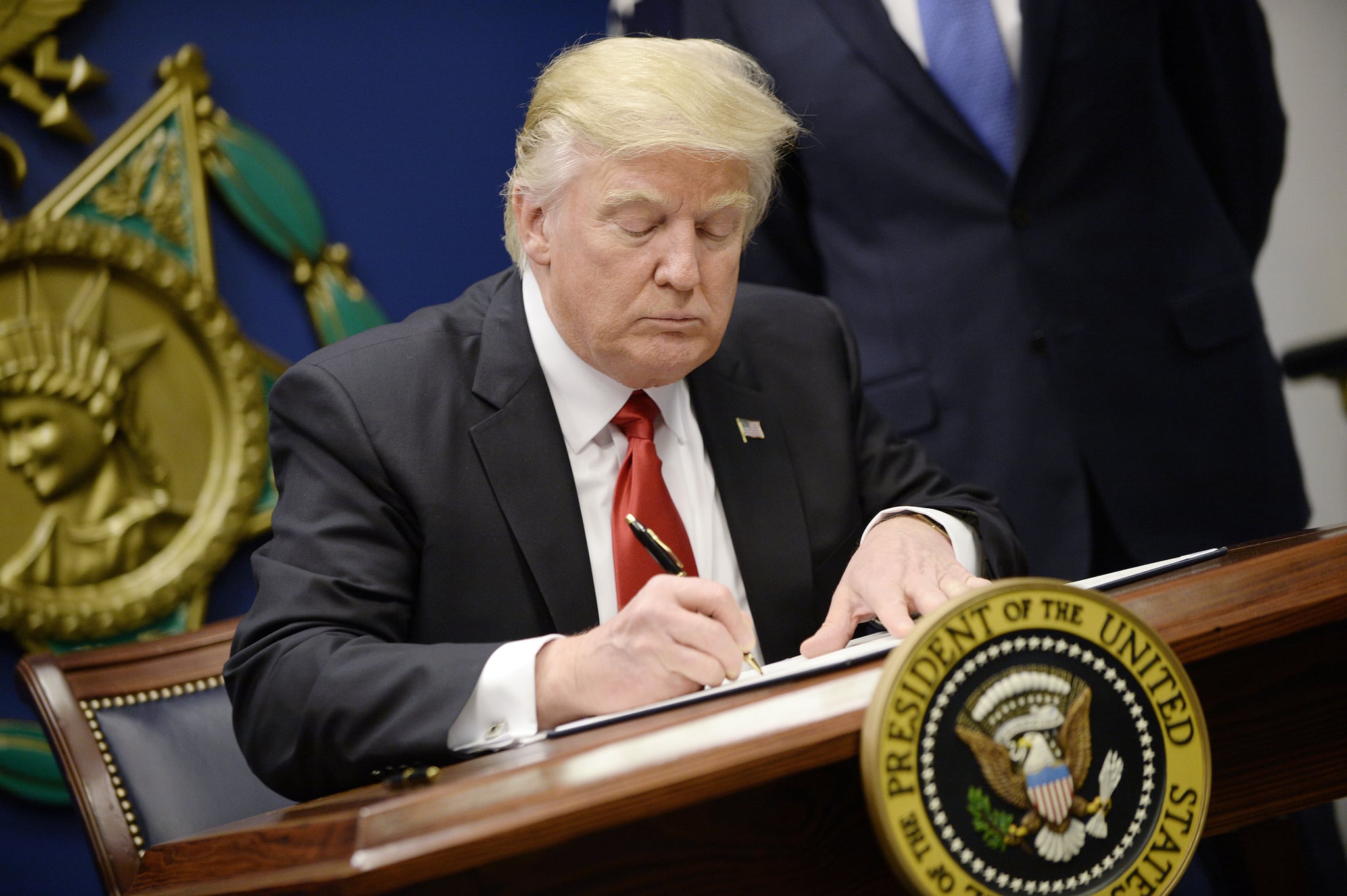 Update: After a weekend of protests against the executive order, the White House has clarified the confounding legislation barring citizens from seven predominately Muslim countries entry to the United States. According to multiple reports, neither the Department of Homeland Security nor Customs and Border Protection were contacted about the order before it was implemented, prompting chaos and confusion about the status of people with green cards.

On Sunday evening, John F. Kelly, the secretary of homeland security, released a statement elucidating that legal green card holders from the seven countries temporarily banned from entry would not be detained. Senior White House officials maintained that travelers from the listed countries would still be denied entry for the next 90 days in keeping with the order. Refugees from Syria remain banned indefinitely and refugees from other countries are still barred for the next 120 days.

The New York Times reports that customs officers were barely briefed on how to implement the ban hours after it was imposed by the president; one unnamed officer told the paper "people at the agency were blindsided." Trump's administration drafted the order with little to no legal review. A federal judge in New York granted a temporary injunction on Trump's order Saturday night, which allowed people with green cards who are legal residents to be released from detention in airports. Attorneys who specialize in immigration law contend that the executive order is unconstitutional and will continue to battle it in court.

Original story: Following his campaign promise to curtail immigration from Muslim countries, President Donald Trump signed an executive order that indefinitely bans the United States from accepting Syrian refugees. The text of the signed executive action, entitled Protecting the Nation From Attacks by Foreign Nationals, has yet to be released by the White House, but several newspapers received drafts of the legislation earlier this week.

While swearing in General James Mattis at the Department of Defense on Friday, Trump explained the order. "We are establishing new vetting measures to keep radical Islamic terrorists out of the United States of America," he declared, "We don't want 'em here. We want to ensure we aren't admitting into our country the very threats that our men and women are fighting overseas."

The order also reportedly includes a provision that temporarily bans refugees from countries other than Syria from predominately Muslim countries; after 120 days, Trump's administration will reassess the program. Lastly, the draft of the order also indicated the US would suspend visas for residents of Libya, Syria, Iraq, Somalia, Yemen, and Iran for 30 days.

While Trump called for a "total and complete shutdown of Muslims entering the United States" as a candidate, he insisted that the order is not a ban on Muslims during an interview on Friday with Christian news network CBN News. The president also said Christian refugees will be given priority when the ban is lifted.

Politicians and the American Civil Liberties Union were swift and clear in their response to Trump's order. The ACLU was perhaps the most blunt: in a tweet, it wrote that "'Extreme vetting' is a euphemism for discrimination against Muslims. Period." The organization followed up with another message pointing out that the US already has a rigorous screening program for refugees.

"Extreme vetting" is a euphemism for discrimination against Muslims. Period.

The US has a rigorous, multi-layered security screening program in place for refugees to resettle here, most of whom are families with kids.

Refugees coming here are screened by the National Counterterrorism Center, FBI, Defense and State depts, US Customs, and border protection.

Kamala Harris, the newly elected Senator from California, also shared the ACLU's sentiment. "Make no mistake, this is a Muslim ban," she posted on Twitter.

On #HolocaustMemorialDay, Trump restricted refugees from Muslim-majority countries. Make no mistake — this is a Muslim ban.

Trump also suggested the idea of instituting a registry for Muslims during the campaign and his transition team has remained vague on the possibility, neither denying nor ruling out the possibility.