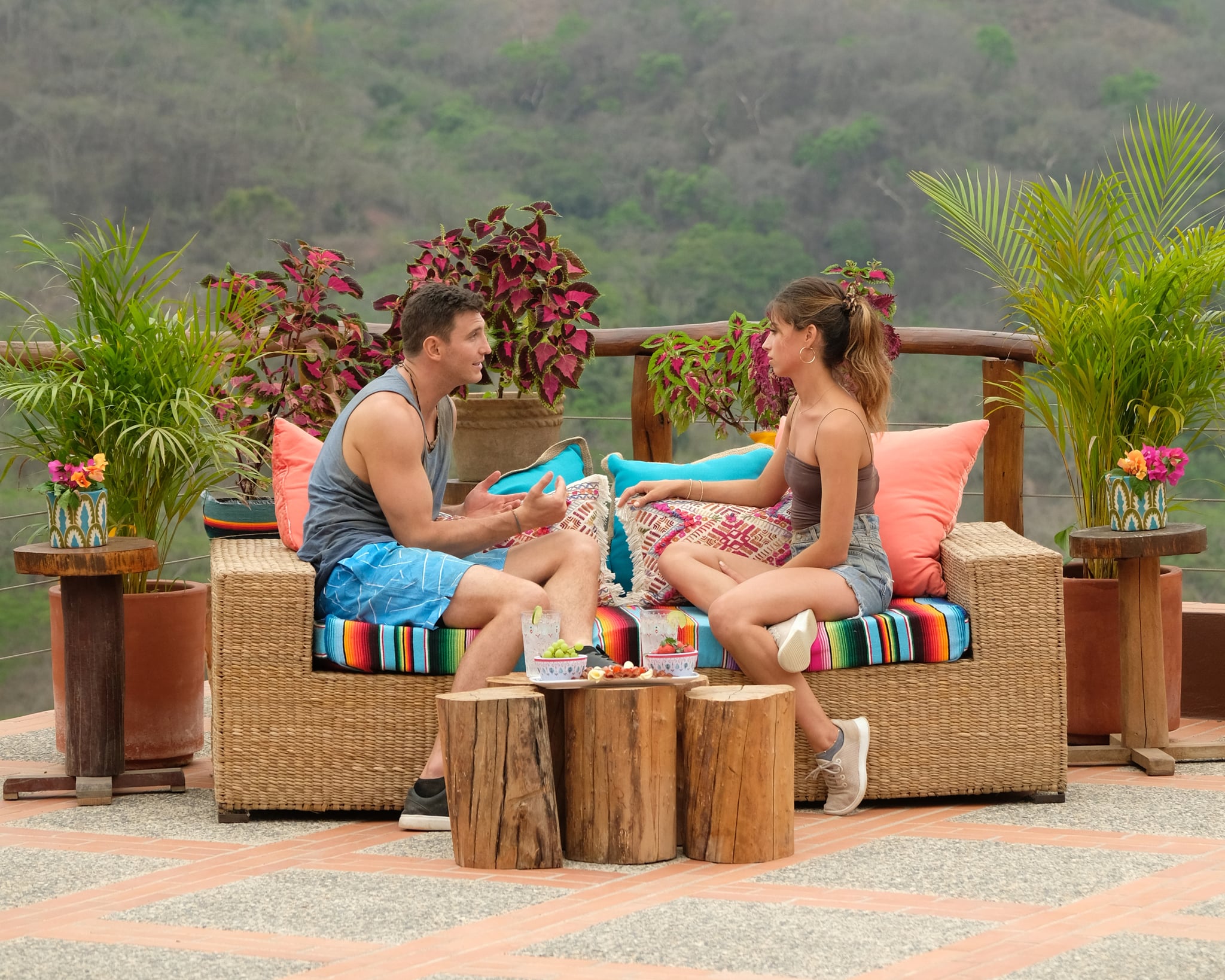 It didn't take more than the first episode of Bachelor in Paradise season six for us to find out that there is a lot of drama circulating around one person: Blake Hortsmann. All of the hurt feelings and dating conundrums that stemmed from Blake took place before Paradise, so we only know as much as the contestants say. But if it's even half as crazy as described, the season is going to be even more emotional than we expected, and we're just getting started. Here's your guide so you can stay up to date with every ounce of drama as it unfolds.

What Happened Between Caelynn and Blake?

Blake and Caelynn Miller-Keyes look like they would make a hot couple, right? That's the direction things seemed to be going, according to Caelynn. When she showed up in Paradise, she revealed that they dated before filming and she thought that they were exclusive. They even talked about skipping BIP to be together.

However, out of nowhere, Caelynn said that Blake ghosted her. The two ran into each other at the music festival Stagecoach and spent the night together. As they were lying in bed, Blake was DMing Hannah Godwin and talking about how hot Tayshia Adams is. Caelynn wasn't cool with it, and it got even worse when she found out he hooked up with Kristina Schulman the night before.

When Caelynn finally got a chance to talk to Blake (after his date with Kristina, that you'll read about below), she was sobbing as she tried to explain how he hurt her. Blake apologized multiple times and said that he didn't know she felt this way. He said that he never called her a mistake, as she claimed, and genuinely seemed shocked by her view on the situation.

What Happened Between Blake and Kristina?

Kristina came to Paradise with a date card and asked Blake to go with her. After the first portion of the date, they got the chance to sit down and talk. Kristina brought up how he slept with Caelynn the night after being with her at Stagecoach. She called the situation a "slap in the face" and she felt "disrespected." According to Blake, he and Caelynn woke up the next day and mutually agreed that they took it too far and decided to be friends. The strangest part of this whole thing is that Blake felt "ambushed" that Kristina would bring up this issue on their one-on-one date instead of out in the real world.

What Happened Between Kristina and Dean?

Kristina's first go on season four of BIP started off well with Dean Unglert, but ended in heartbreak. The Russian beauty and baby-faced guy hit it off right away, but then Danielle Lombard, known as D-Lo, came in. She had a date card and asked Dean to go out with her. Dean and D-Lo hit it off, and suddenly he found himself in a love triangle.

Dean and D-Lo made out in a pool with Kristina sitting right there, unknowingly to either of them. The situation left Kristina in tears and she decided to leave Paradise. Dean walked her out, returned to the rose ceremony, and accepted D-Lo's rose.

On the last day of Paradise, Dean told D-Lo that he still had feelings for Kristina and wanted to fix things with her. The two went their separate ways. We found out later that Dean loved Kristina while on BIP, but clearly didn't act like it. Their relationship never went back to all its glory and, years later, they're both back.