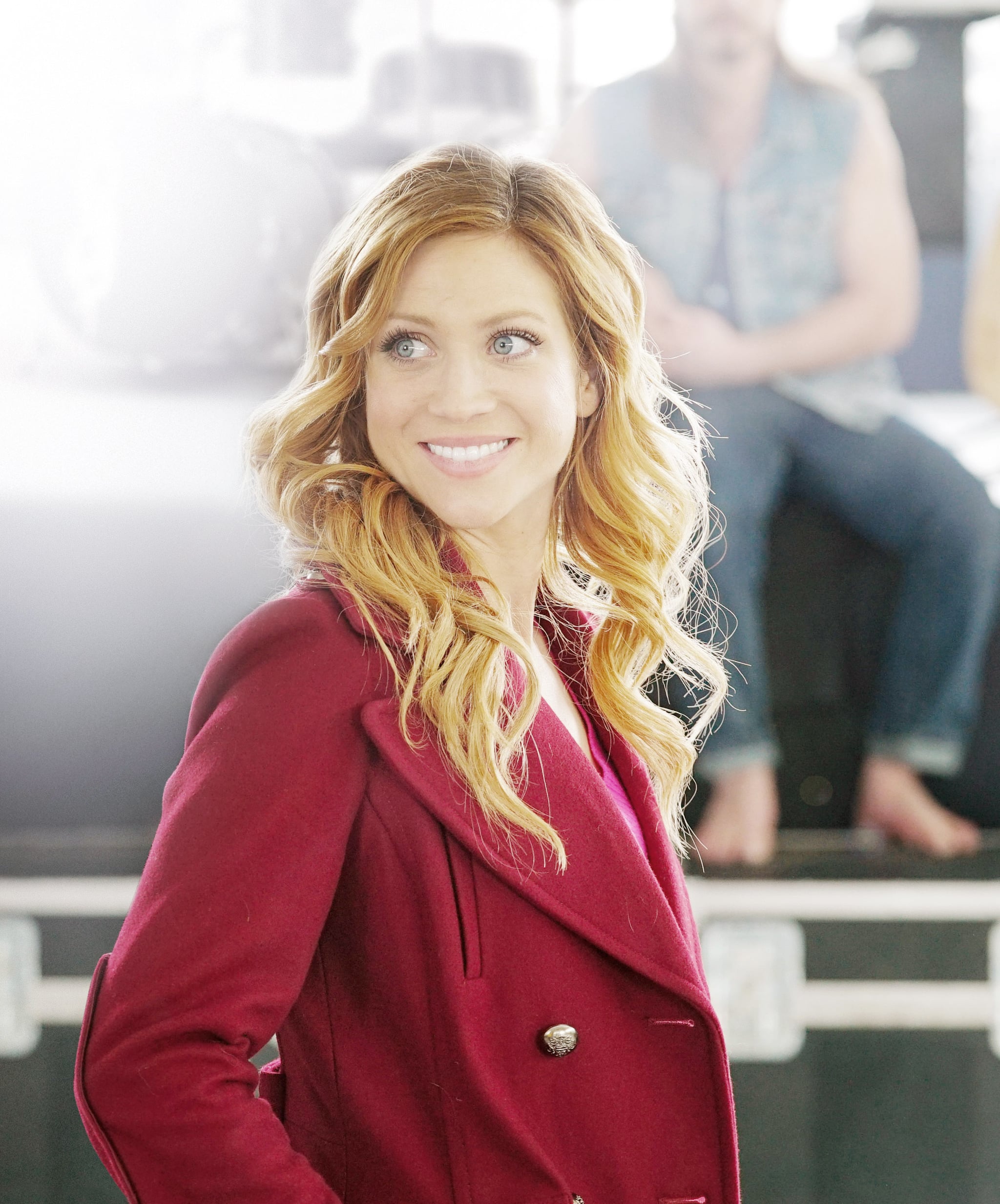 This Christmas, the Pitch Perfect franchise returns to complete a truly epic trilogy. We've already come to expect a lot of fun things in Pitch Perfect 3: pretty much the whole cast is back with a dazzling new soundtrack, a brand-new riff-off, and, according to the wild trailer, a huge explosion.

While it seems like the story is high on thrills, it's often the message at the heart of the Pitch Perfect films that really, well, sings the loudest. Ahead of the newest addition's Dec. 20 release, I hopped on the phone with Brittany Snow to discuss the ins and outs of the third go-round for the Barden Bellas. Find out what makes Pitch Perfect 3 different from the rest, how that epic Britney Spears impression made it into the film, and what's in store for the future.

Related:
The Pitch Perfect 3 Cast Remixed "Cups" With an Iconic '90s Song, and It's Perfection

POPSUGAR: So what made you want to come back for a third film?

Brittany Snow: Well, I mean, kind of a no-brainer, I guess. My best friends are in a movie and we get to sing and dance, and I get paid for it! [Laughs] It's kind of a best of all worlds. And yeah, I love these movies, I think everyone — you can't hate these movies, and even if you do, it's kind of like hating a puppy or something. So I just like to be around people that are doing something fun, and it was a really, really fun time.

PS: What do you think sets the story of this film apart from the first two?

BS: We take a little bit of creative liberty with the fact that the viewers are going on a much different ride than the first one and the second one. You're kind of suspending your belief that we would end up in a heist sort of situation, with action and fire and intrigue. So I feel like if you know that going into it, and you are invested in these characters and the comedy that we try to maintain, then you're going to enjoy it. But it definitely sets it apart from the second two because we've completely created a world where there's an action scene and Rebel's an action star. It's a different world.

PS: That huge explosion at the beginning is such a crazy surprise! And it's so fun to see the film rewind and build back to that moment.

BS: Then by the end, you're kind of zeroed back in on what really matters . . . that there's all this sort of crazy stuff going on but at the end of the day, it's about our friendship. 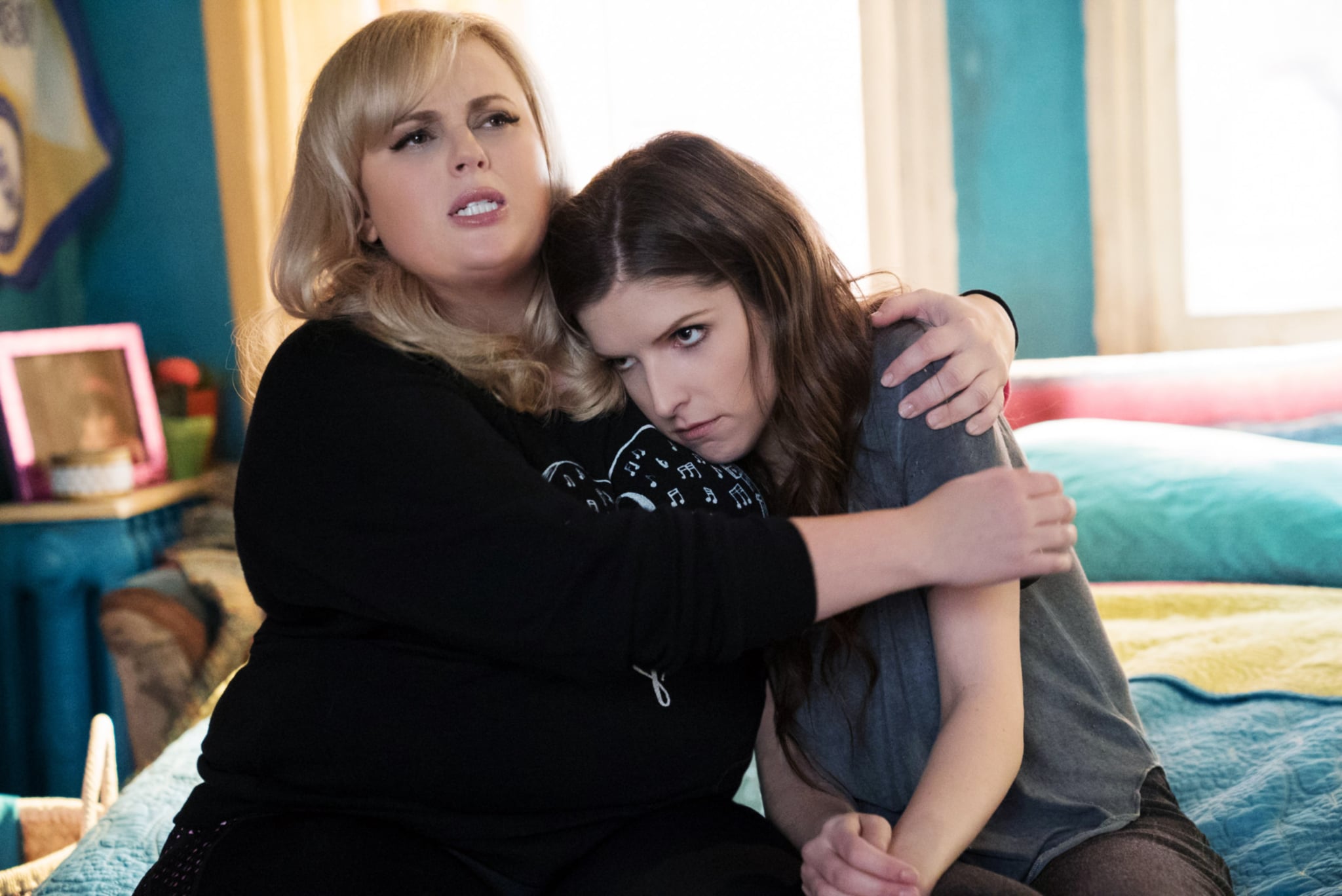 PS: And Chloe gets a love storyline this time around, which I thought was kind of sweet to see.

BS: It was. I think my favorite part of that being the chance to get to improv with Matt Lanter, who plays Chicago, and really embracing Chloe's quirky, weird self and how little game she has. And the fact that she's kind of flighty, but in the best way. She's unapologetic about the fact that she's maybe not the most smooth talker, but that's why it's charming. And yeah, I really liked playing with that side of her and also getting to do something different in these movies.

PS: I think it's kind of cool, because a lot of audience members can relate to being the awkward person who doesn't really have any game.

BS: I would love to be the person that is really, really good at that . . . everyone can relate to the fact that you just kind of say whatever comes to mind, and it's probably not the smoothest. Yeah, it's fun because there's nothing awkward about it from his side and I think that's what people will relate to, too. That you can be your weird, quirky self, say the wrong thing, and the right person will find it charming instead of weird.

PS: Yeah, and I think that kind of general message seems to carry into the film as a whole too. I mean, there are so many quirky, strange characters who all kind of find validation and acceptance in their own ways.

PS: How involved were all of y'all in which songs you sang in the film?

BS: I think they really listened to our voices and they know our voices so well that they know who will sing the best in which part. And I mean, I think they heard over the years that I do a Britney Spears impression, so I think that's why I sang the musical lead in "Toxic."

PS: That's amazing. So you've been honing your Britney Spears impression for a long time?

BS: I had no idea that it would be useful. I think just always it was something that I could do, but I didn't think that it was going to be something that would matter. So it's been really nice that people care. PS: Well, they do! So you already said you kind of wanted to come back to this film because it is kind of a no-brainer. Would you ever want to return to this character's story in the future?

BS: If Universal's listening, I was thinking that one of us is obviously going to get married soon, and we're going to have a bachelorette party. And we can go have our bachelorette party in Vegas and do a Hangover-Pitch Perfect hybrid sort of situation where we have to sing our way out of a debacle.

PS: I mean, you're already playing with that with this whole heist situation. So why not?

BS: Right, exactly. So I feel like that's maybe something. Or I feel like, you know, in the future we're going to have children that are probably going to sing together. So there's Pitch Perfect 8 in space, I don't know . . . working together for so long and going through so much together, we did kind of create a family.

PS: So it sounds like as long as there's a story there, you'd all be willing to work together again!

BS: Yeah. We have an inside joke that we're just going to film it on our iPhones and sell it on the black market or something.

PS: I mean, I'd watch it. So obviously you love the experience as a whole, but is there something really specific that you're going to miss the most about working on these films?

BS: Just being around these girls and making me laugh. I mean, they make me laugh more than anyone else in my life. So I definitely will miss that. And getting to sing and dance every day is really, really fun. Doing all three of these movies I would wake up and be like, "This is so cool that I get to go to work and I get to sing and dance and be with people that I like."