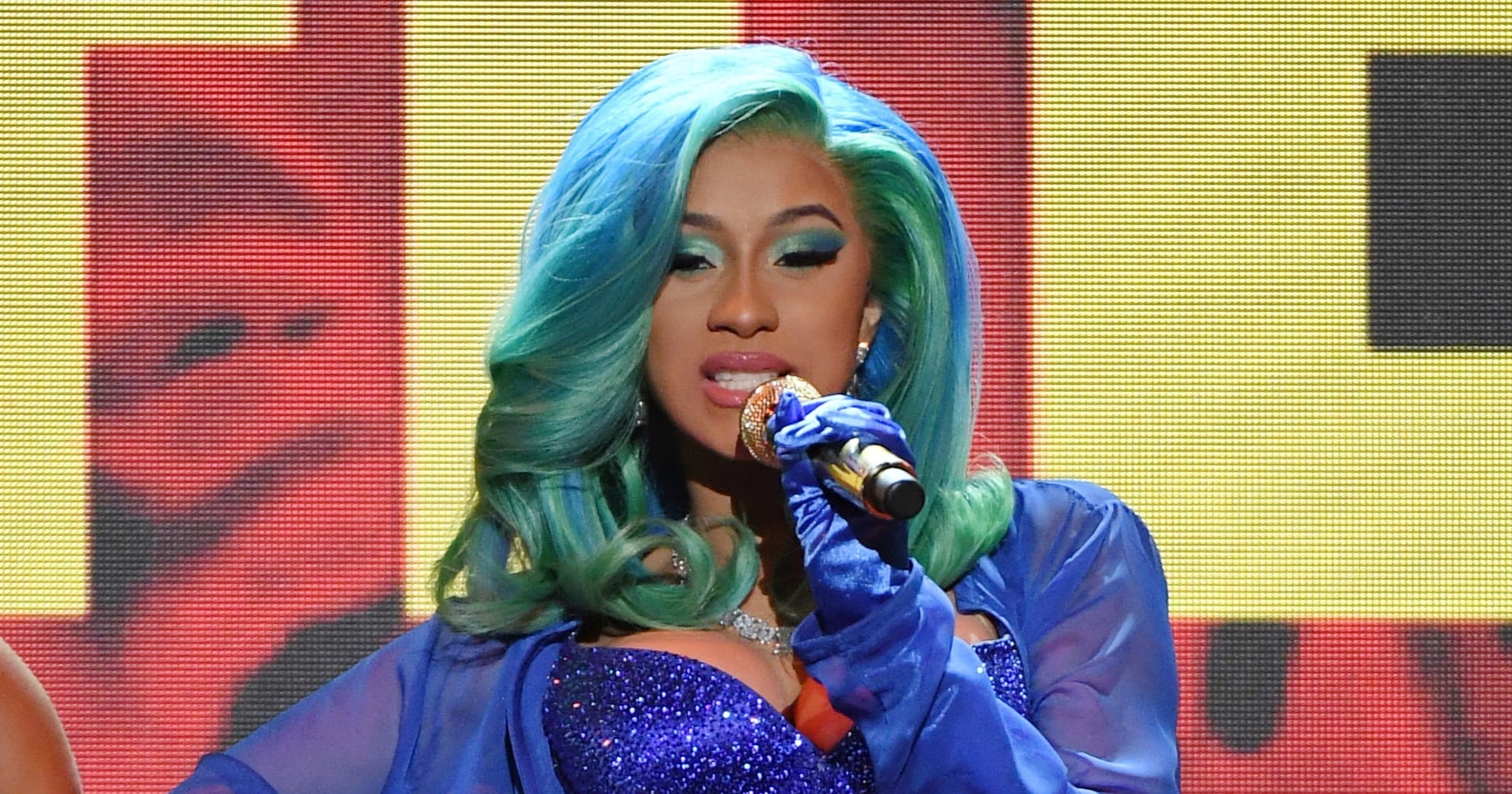 Cardi B won't be drippin' anywhere near the Super Bowl this year. After it was confirmed that Maroon 5 will be performing during the halftime show, rumors swirled that Cardi — who collaborated with the band in "Girls Like You" — might join them on stage. But on Friday, the 26-year-old rapper tucked those rumors away and put them to rest.

In an interview with Entertainment Tonight, she opened up about her decision not to perform, which was motivated by her aversion to the NFL's treatment of players — particularly Colin Kaepernick — amid social and political tensions. "It wouldn't be the perfect time," she said. "I stand on what I stand. I am doing other things, because, you know, they like to make money out of us. Why not make a little money out of them? I just can't push my limits. My soul wouldn't feel right." Still, she expressed excitement for performing with Maroon 5 in the future, adding, "I know me and Maroon 5 have a lot of performances coming. That song just means so much to me."

Although Cardi made a clear stance against making a Super Bowl appearance, she also told the Associated Press on Friday that it wasn't an easy decision and she had "mixed feelings" about the declination. "My husband, he loves football," she said, referring to rapper Offset. "His kids play football. It's really hard for him. He really wants to go to the Super Bowl, but he can't go to the Super Bowl, because he's got to stand for something." Cardi said she shares the same sentiment and feels as though she owes it to Kaepernick, adding, "I got to sacrifice a lot of money to perform. But there's a man who sacrificed his job for us, so we got to stand behind him."

Related:
We've Rounded Up All The Epic 2019 Super Bowl Commercials For Your Viewing Pleasure

Cardi isn't the only music artist to shun the Super Bowl. In October, news broke that Rihanna also rejected an offer to perform in support of Kaepernick.

Despite all the controversy surrounding the NFL and the Super Bowl halftime show, Adam Levine of Maroon 5 defended their decision to perform on Jan. 31, telling ET, "I am not in the right profession if I can't handle a bit of controversy. It is what it is. We expected it. We would like to move on from it and speak through the music." The band will also be joined by rapper Travis Scott and Outkast's Big Boi during the show.

Cardi will instead perform at the Bud Light Super Bowl Festival the day before the big game. She's also starring in a Pepsi Super Bowl commercial. So it seems like that's about all the NFL is getting out of her for now.

Gossip Girl
The "Gossip Girl" Cast on Monet's Mean Girl Takeover in Season 2: "[She] Really Has Her Time to Shine"
by Njera Perkins 20 hours ago