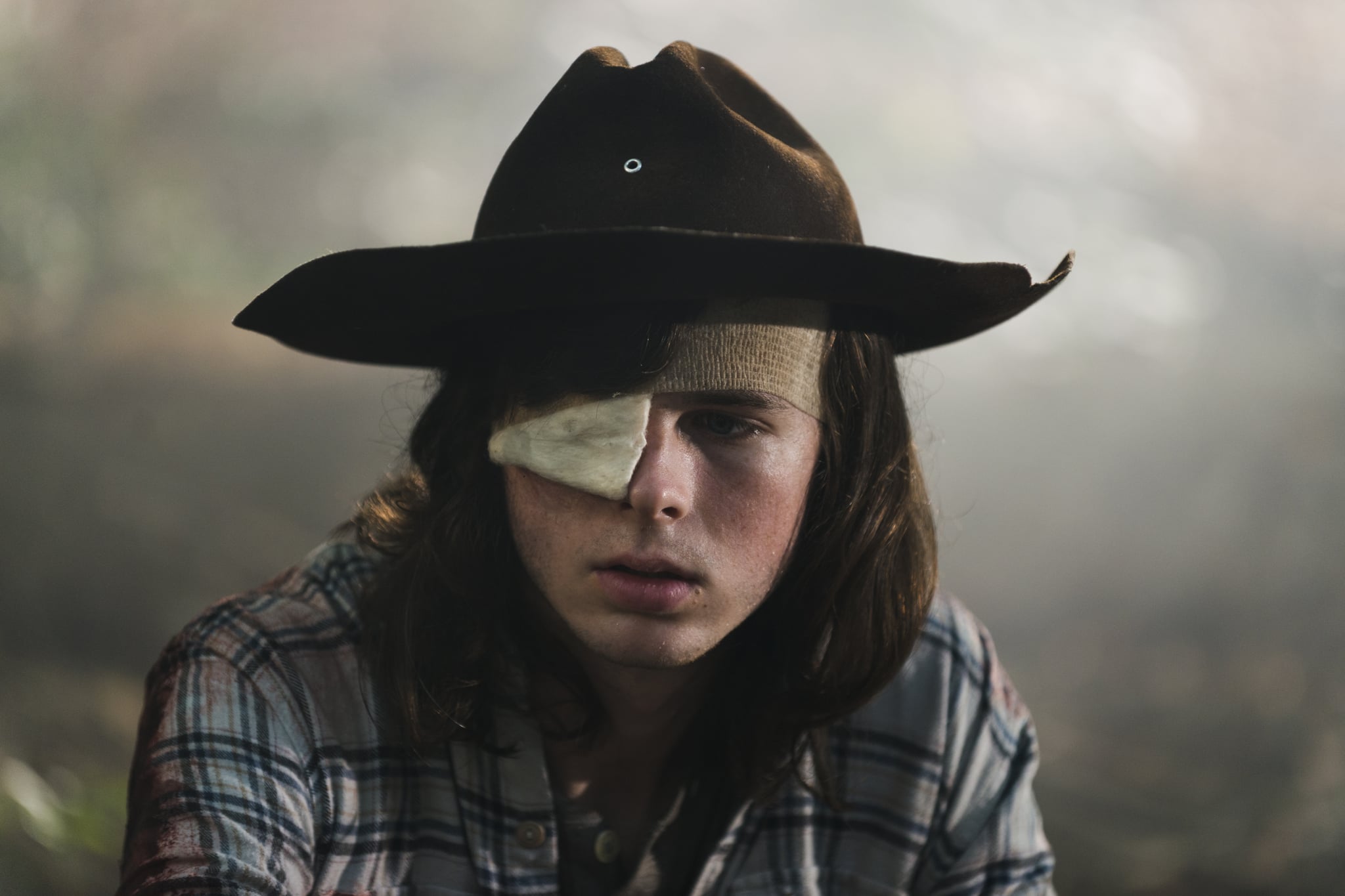 Quite a bit of time has passed since Carl Grimes's tragic death on The Walking Dead, but the wound is still fresh. In real life, we've seen how fans mourned the loss and how the cast reacted over the past handful of weeks, but it's important to remember that time isn't passing as quickly inside the confines of the show. Basically, nothing is OK, and everything hurts. Despite the fact that the show's eighth season is coming to a close, we're still very much witnessing the fallout of Carl's departure.

This week, as we reach the second to last chapter of the season, Rick finally reads the letter written by Carl on his final day. And, boy, is it a tearjerker. Read the letter in full below. And just know we're here for you if you need a shoulder to cry on.

Related:
The Walking Dead's "Satisfying" Finale Will Be a Conclusion to the First 8 Seasons

"I remember my eighth birthday at KCC with that giant cake and Aunt Evie showing up on leave and surprising all of us. I remember Mom. I remember Codger. I remember school and going to the movies and Friday-night pizza and cartoons and Grandma and Grandpa and church, those summer BBQs, and the kiddie pool you got me. Could have used that at the prison.

You told me about the walks we'd take when I was three. You holding my hand around the neighborhood, all the way to Ross's farm. I didn't know that I remembered them, but I do. Because I see the sun and the corn and that cow that walked up to the fence and looked me in the eye. And you told me about all that stuff, but it isn't just that stuff. It's how I felt. Holding your hand, I felt happy and special. I felt safe.

I thought growing up was about getting a job and maybe a family, being an adult. But growing up is making yourself and the people you love safe. As safe as you can, because things happen. They happened before. You were shot before things went bad. Kind of felt like things went bad because you were shot. I want to make you feel safe, Dad. I want you to feel just like I felt when you held my hand. Just to feel that way for five minutes. I'd give anything to make you feel that way now.

I wanted to kill Negan. I wish I did, maybe it would have been done. I don't think it's done now. You went out there again, but I don't think they surrendered. I don't think they will surrender. There are workers in there, Dad. They're just regular people. Old people, young people, families. You don't want them to die, Dad. We're so close to starting everything over, and we have friends now. It's that bigger world Jesus talked about. The Kingdom, the Hilltop. There's got to be more places. More people out there. A chance for everything to change and keep changing. Everyone giving everyone the opportunity to have a life. A real life.

So if they won't end it, you have to. You have to give them a way out. You have to find peace with Negan. Find a way forward somehow. We don't have to forget what happened, but you can make it so that it won't happen again. That nobody has to live this way. That every life is worth something. Start everything over. Show everyone that they can be safe again without killing. They can feel safe again. That it can go back to being birthdays and school and jobs and even Friday-night pizza, somehow. And walks with a dad and a three-year-old holding hands. Make that come back, Dad. And go on those walks with Judith. She'll remember them.