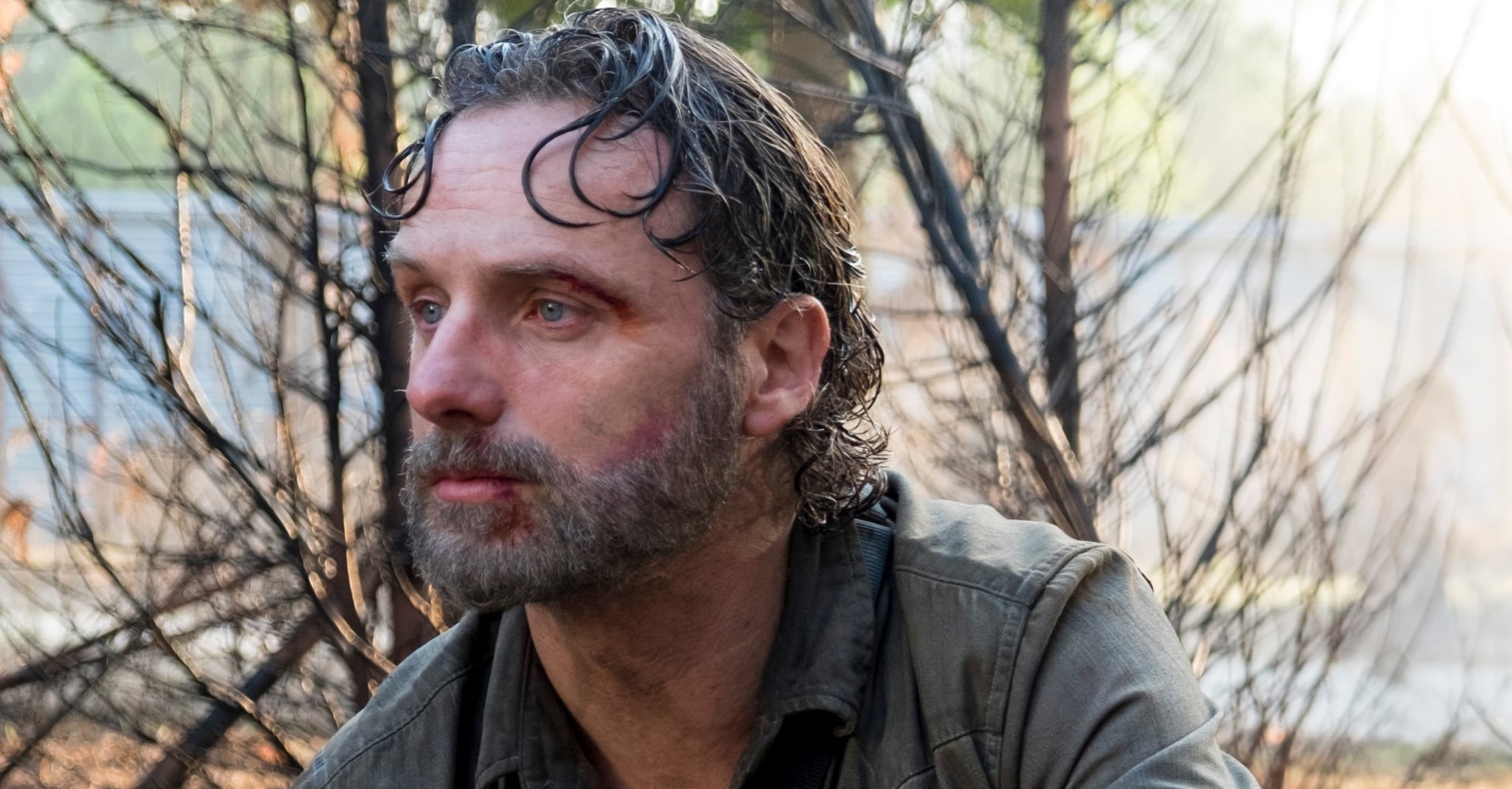 On Sunday night, fans of The Walking Dead witnessed the inevitable, unchangeable death of Carl Grimes (played by Chandler Riggs). We'd all been anticipating the heartbreaking moment for months since Carl's reveal of a fatal zombie bite in the Winter finale, which aired in December. Since then, we'd heard devastating hints about what to expect as well as the cast's quotes of shock and awe in response to the news. But now that we've all seen the death, it's clear nothing could have adequately prepared us for the loss. Even the cast was a mess after the episode aired, and rightly so. Here's what the biggest stars had to say about Riggs's heart-wrenching goodbye.

Naturally, the bulk of the stars' postmortem reactions came on Talking Dead, the talk show airing directly after The Walking Dead that aims to offer closure for each episode. Riggs, of course, was the star guest of the night. Ahead of the episode, Riggs opened up about the experience in an interview with ComicBook.com:

"It was super depressing, not the scene that I was excited for, but I think it turned out really well and I'm very happy with it . . . I was very happy with the way Carl ended up going out. After reading the script, it made me feel a lot more comfortable with it and really excited to really show off what I can do in this last episode. This last episode it was some of the stuff that I'm most proud of. It's super, super exciting to finally be able to talk about it and have people see my work."

As for Andrew Lincoln, who plays Carl's father and group leader Rick Grimes, it was clear that Carl's death was tough both on and off screen. "He's my American son. To watch someone grow on screen and off these past eight years has been one of the great privileges of my career," he said on Talking Dead. "He's a very, very special part of my life." Lincoln also recorded a video complete with a hilarious song cover.

🎶“God I hate those frickin’ zombies. They keep eating all my friends and family.”🎶 Tune in this Sunday at 9/8c to say goodbye to Carl. #TWD pic.twitter.com/lZQrxCh5Ld

Other stars from the show popped up to say goodbye on Talking Dead as well. Lauren Cohan (who plays Maggie) said, "I always just think of Chandler as a sound, caring person who you can get honest advice from. And he's a beautiful, compassionate, spiritual person." Josh McDermitt (Eugene) said, "You've already put in more time on a television series than the rest of us have. And I love you, and please return my texts." Back on Twitter, Melissa McBride (Carol) expressed heartbreak:

Lennie James (Morgan) recorded a message filled with love, support, and a bit of life advice:

And finally, we got some sweet words from Norman Reedus. The actor was quite vocal about his anger over Carl's death, wondering how many more key players the show would have to lose. But it didn't stop the death train from rattling right up to Carl's station, and in the wake of the event, he had nothing but sweet things to say. "He started off almost like an old soul. He knew what he was doing. He knew what it all meant. He knew what it was all about from the beginning," Reedus said on Talking Dead. "And watching him grow into a leading man was a real joy."

TV
Is Anyone Else Wondering What's Up Between Queen Alicent and Ser Criston Cole?
by Victoria Edel 9 hours ago