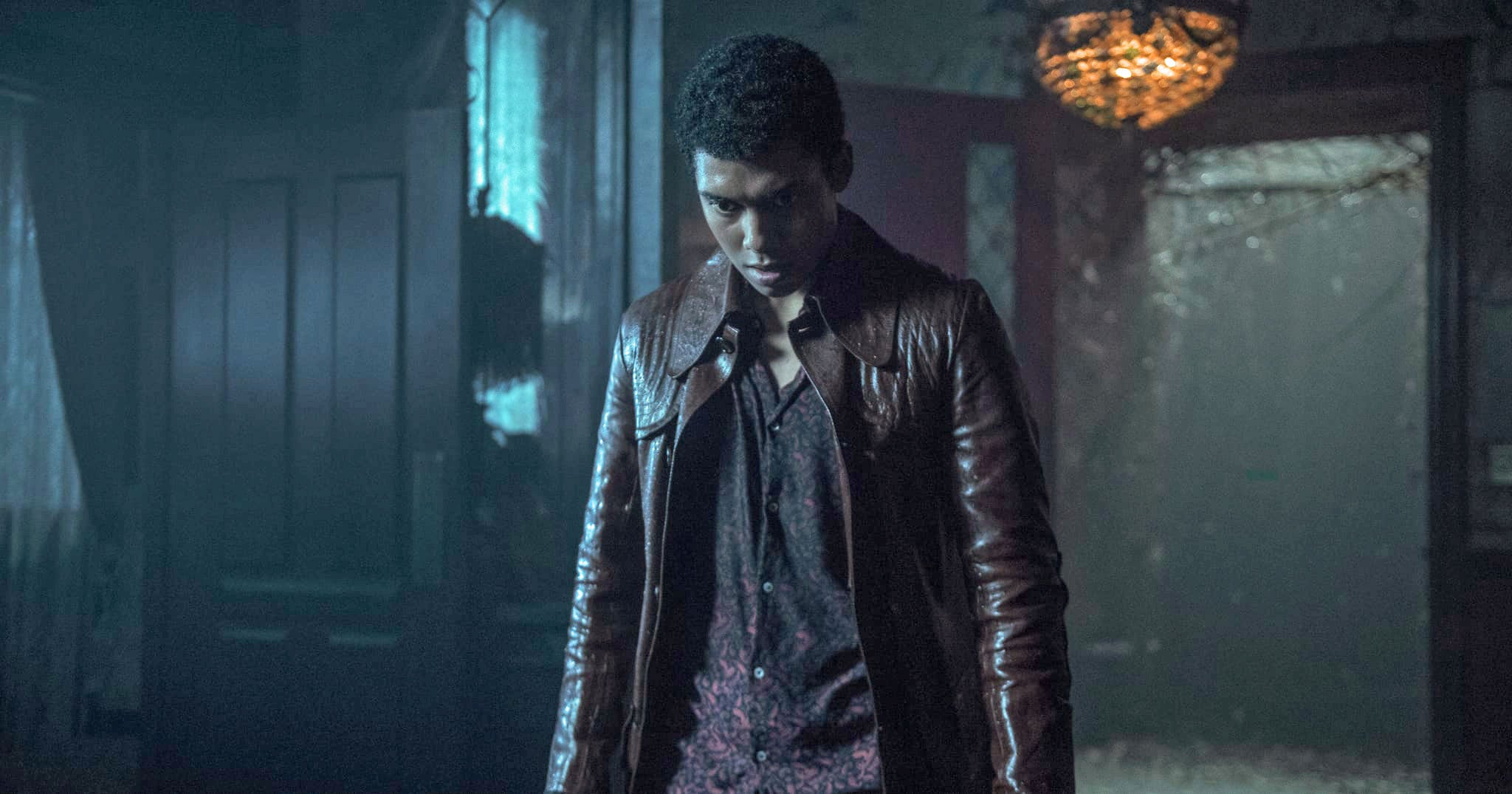 When Chilling Adventures of Sabrina hit Netflix last year, it introduced us to a bevy of new young stars, but none made quite as much of an impression as Chance Perdomo. The charismatic young Brit, who plays Sabrina's cousin Ambrose, quickly became a fan favorite as the enigmatic warlock with the wisdom of an old man and the body of a hot 20-something. As the show returns to Netflix, Perdomo spoke to POPSUGAR over the phone and gave us a taste of what's to come from everyone's favorite pansexual necromancer.

Related:
Here's the 4-1-1 on Ambrose's House Arrest Situation on Chilling Adventures of Sabrina

POPSUGAR: For those who've been anxiously awaiting this new season, can you sum up what we can expect from Chilling Adventures of Sabrina Part 2?

Chance Perdomo: You can expect a sense of the underlying theme of "who can you trust." Trust plays a very key role in this moving forward. Can you trust yourself; if not, who can you trust? Are your family the ones that you can seek solace with, and what happens if they turn their back on you? What happens if you turn your back on yourself and your morals? And a sense of identity: "who am I in the world moving forward?" Those are key themes that we explore in this new season.

PS: Ambrose became an instant favorite thanks to his wisecracks and smart remarks, but we started to see the cracks appear in his confident facade at the end of season one and saw a more emotional side of the character. Is this something we'll see more in the new season?

CP: Most definitely. The sense of bravado, a little bit of a Jack Sparrow-esque facade, is very much prevalent in Ambrose and how he copes with life. He's been through a lot. But he's a free man, or becoming freer. His past comes back to the surface, he has to reconcile some things before he can move forward. And excuse the French, but yes, he gets into some sh*t this season!

PS: You mentioned his past — does this mean we will we get the flashback episode that everyone's been dreaming of where we find out what actually happened at the Vatican?

CP: Negative! It's still a mystery, but you do see it start to bubble and brew. We can't give it away too much yet, but you can certainly see it as it comes to the surface . . . that's what I'll be able to tease, his past comes to haunt him in a sense, who he was before.

PS: Is there anything with the character that's not been done yet that you're chomping at the bit to explore?

"He has so much theoretical knowledge when it comes to the magical arts, but of course he hasn't been able to, as of yet, really dig into it."

CP: I look forward to the exploration of the knowledge that Ambrose has. We see that he has so much theoretical knowledge when it comes to the magical arts, but of course he hasn't been able to, as of yet, really dig into it and use it, because he was under imprisonment. He would have spontaneously combusted, because he would have broken the terms of his incarceration. So it's definitely good to see him use his mind, and the way that he's going to be able to . . . how can I say it without giving it away . . . ?

PS: Now that Ambrose does have more freedom and isn't confined to the house, you're able to work with more of the cast. Was there anyone you were particularly excited about working with?

CP: I'm quite pleased that I get to work more with Tati [Gabrielle] who plays Prudence, and Richard [Coyle], who plays Father Blackwood. They're two of the ones that I really enjoy working with. From an actor's perspective, sometimes I might even break character because I'm just so in awe of what they're doing that I'll kind of be like, "Oh, snap, we're filming, sorry, I had a line there!" It's been quite useful, artistically speaking, to work with those two in particular. But it's always a hoot with everyone. 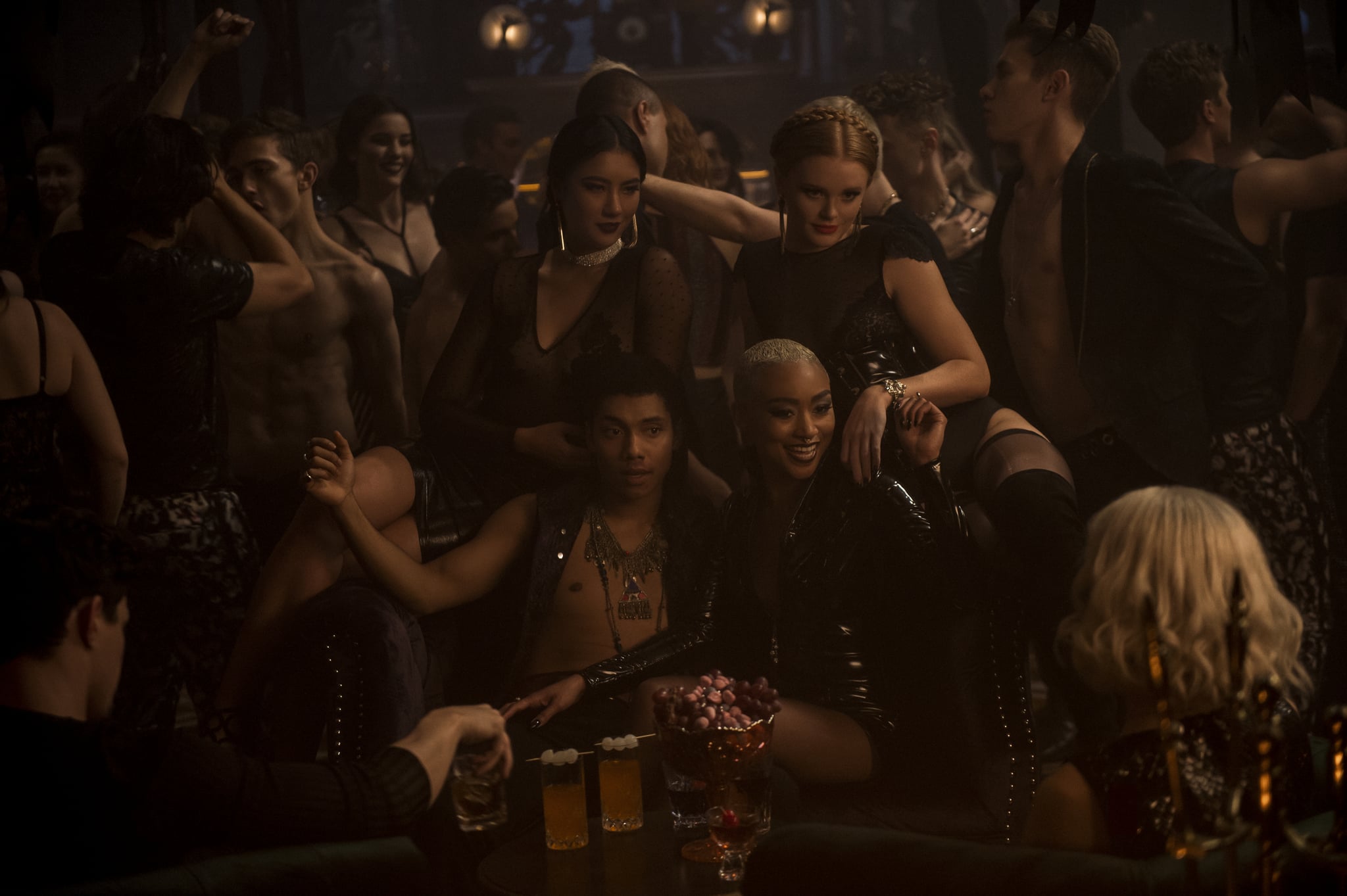 PS: You mentioned Richard Coyle. You grew up in the UK, and this show features some amazing British talents who many of us grew up watching, like Lucy Davis [Aunt Hilda], Michelle Gomez [Miss Wardwell], and Richard Coyle. How aware were you of all that when you signed on to the show, and how did that affect you going in?

CP: I had zero awareness of that, and I'm quite thankful that I did, because we were there to hit the ground running, so we didn't really have enough time to gush, you know what I mean? I didn't really watch too much British telly growing up, a bit more now with my phone and whatnot — I can travel around and watch BBC and ITV . . . but beforehand, I wasn't really too aware of who they were. But it's been a bit of a master class to watch them do their thing, for real!

PS: Have you gone back and watched any of their stuff since? You've got to see Coupling [with Richard Coyle]!

CP: I've not seen Coupling! But I have checked out Lucy. She is as funny in real life as she is on everything she is in. Keeping it together when you're acting with Lucy is a damn near impossibility.

PS: Ambrose in the show is quite different to the Ambrose of the comic books, though they obviously share some traits. How was it for you to originate that character and make it your own?

CP: It was quite interesting. I didn't find difficulty in it because I didn't tend to look beyond what the showrunner Roberto [Aguirre-Sacasa] told me and his inspiration behind it. He really kind of lets you go out there and let the character form itself based on the inspiration he had. Music definitely played a key role in there; there were certain musical tracks that put me into like "Ambrose mode," shall we call it, whenever I needed to. 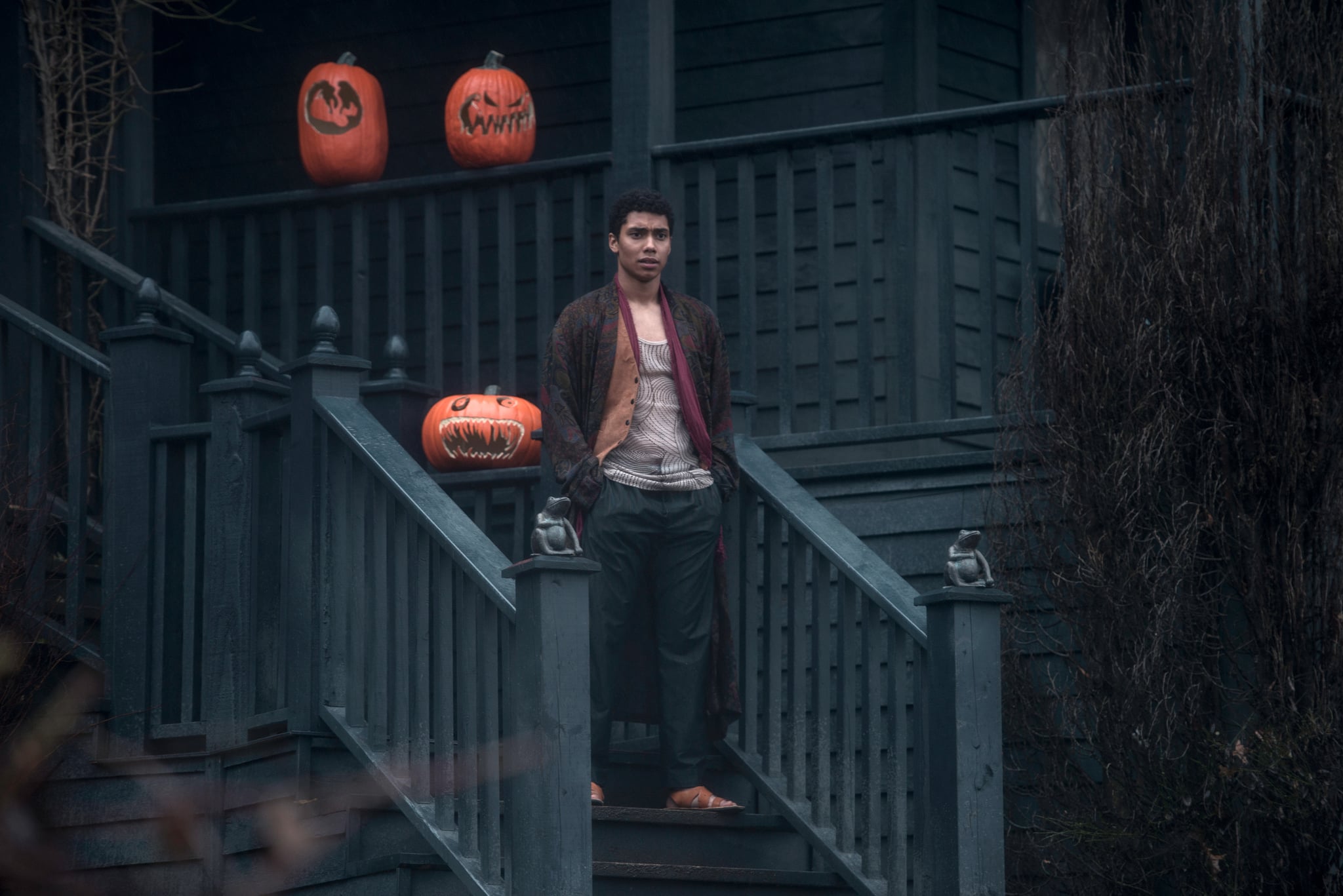 PS: Did you watch any of the Melissa Joan Hart Sabrina beforehand?

CP: It was quite a phenomenon, it was known worldwide, so I knew of it. This was before streaming and whatnot, I'd come home from school and catch reruns of it or the middle of an episode, so definitely, I've seen a few. I hadn't seen many, but it was definitely on my radar.

PS: The shows are very different, and obviously Ambrose isn't in it, but I have seen a lot of people compare your character to . . .

PS: Yes! So people say, "You're Salem, basically? You're the cat?" That must be quite odd, to think people compare those two characters?

CP: I think it's kind of flattering! The classic Sabrina with Melissa Joan Hart is very beloved, so to compare [Ambrose] to one of the characters that people got a kick out of, I take that as a compliment, I quite like that. They're different, of course, but the fact that it reminds people and has that nostalgic value is kind of sweet.

PS: This is a really fantastical universe that you're in, but when you look at the themes that it's tackling, there are a lot of things that are really important at this moment in time. Why do you think this show so important right now?

"It's universal. The overarching umbrella is the existential question of identity."

CP: Because it's universal. The overarching umbrella is the existential question of identity. Under identity, you have female empowerment, you have race, you have gender identity, you have sexual orientation, you have all these that form into what is identity . . . I think that's why it relates to so many people and it is received so well, because everyone has the existential angst and question as to "who am I?" Female empowerment and religion are aspects of it, and then it has the everyday sense of "I'm a teenager growing up in school, navigating the social norms." It all comes back to the universal aspects of identity, and that's why I think it does so well. Everybody can relate to that.

PS: If you could play any other character in the show, who would it be?

CP: Ooh! I'm not prepared for that one! I don't know, it's difficult to choose, how long am I allowed?! I would be Madame Satan for a day. Michelle can have so much fun playing that role. I want to see what it's like to be Sabrina, because Kiernan [Shipka] is relied on to hold her own, she's got a grounding nature to her . . . Um, I'd want to see as Lucy how many people I could crack up in a 10-minute period. There are so many, everyone has their thing that would just be so fun to embody, or to see how it ticks.

PS: Is there one question you get constantly asked by people now that you're in the show?

They ask how is it playing Ambrose, and I always tell them that it's very satisfying . . . he's the embodiment of extremes, right? He's superold in his eyes and age-wise, but he's superyoung physically, in what he appears to be. He's supercharming and endearing as a character, but at the same time, he will kill you and dissect your body without hesitation. It's quite fun going up and down between those extremes.

PS: You mentioned everyone wants pictures, and we can't ignore the fact that Ambrose, and you, have become objects of thirst on the Internet. Instagram must be a very strange place for you. How has it been dealing with all of that?

CP: It can be overwhelming at times, but I welcome it, because it shows there's such support of the show and the love they have for everything around it. I see it as a blessing, definitely, and I'll always shake all the hands, give the hugs, and take pictures.

I don't know what to make of all of the Instagram comments, some of them crack me up! I've legit spat out my drink sometimes when I've read some of these thirst posts. What can you say to that?!

CP: I went on Reddit one day, and that was an experience!

Chilling Adventures of Sabrina Part 2 is on Netflix from Friday, April 5.