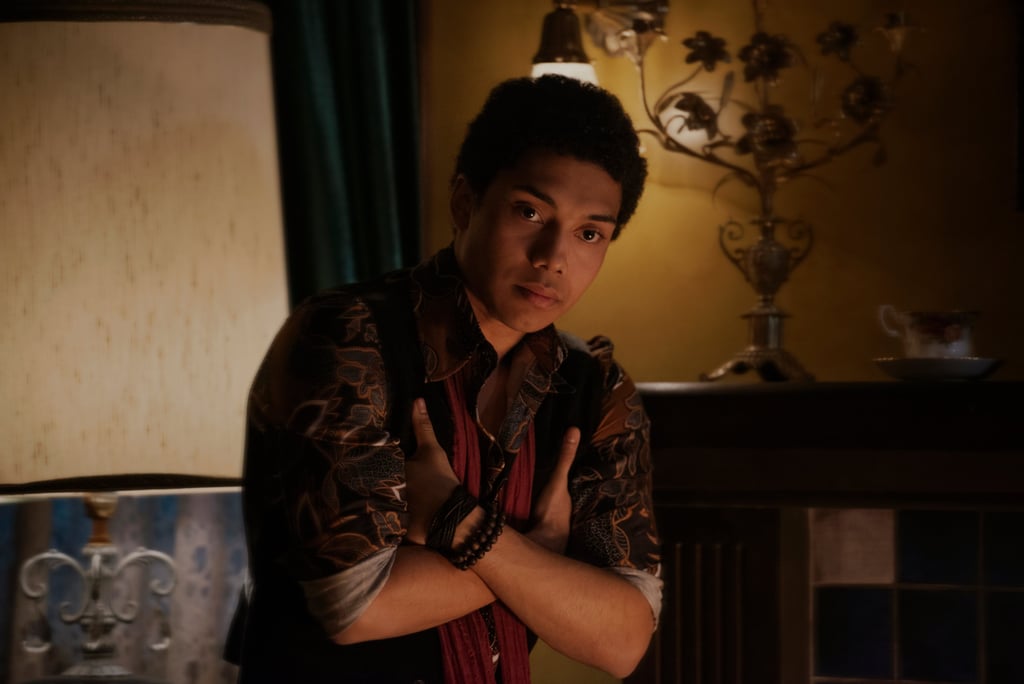 Chilling Adventures of Sabrina has only just premiered, and it's already a huge hit with fans. Whether viewers were drawn from the show's sister series, Riverdale, or just interested in meeting the next generation of Sabrina the Teenage Witch, they obviously loved what they saw. It's understandable; Chilling Adventures has the perfect soundtrack, bewitching wardrobes, rebel-rousing feminist undertones, and a dazzling cast of characters. But there's one character who managed to stand out in a major way: Ambrose Spellman, Sabrina's cousin from England who is the most relatable warlock of them all.

To say that Ambrose has become a fan favorite would be an understatement. Described as "witty, puckish and pan-sexual," the warlock can been seen throughout the series sipping on tea, lounging on any horizontal surface, and offering wisdom for the inexperienced blonde witch when she sorely needs it. Though his story takes a bit of a turn towards the end of the season and he winds up essentially trapped at the Academy of Unseen Arts by his beau Luke, Ambrose is arguably the most clear-headed of the Spellmans and often serves as the voice of reason when Sabrina finds herself spiraling out of control (though sometimes she doesn't listen to him . . . *cough* Tommy *cough*).

So who is the man behind our favorite English warlock? The smooth-tongued warlock is played by actor Chance Perdomo. Chilling Adventures is the UK native's first American role, but he has been seen in a few shorts, guest starred on a couple of TV series, and played a pivotal role in Killed by My Debt, a BBC Three drama based on the story of British teenager Jerome Rogers.

In Chilling Adventures Perdomo brings depth to a character that could have easily been a caricature. Rather than using Ambrose's pansexuality or otherness to define the character, the show allows Ambrose's actions stand on their own with only passing mentions of his orientation. "It's just part of a multifaceted individual," he said in an interview with Bustle. And it definitely shows. While Ambrose engages in a few sexual scenes with both men and women, his story doesn't revolve around his love life and it isn't the only interesting thing about him. Which was all done with the purpose of making him the beautifully complex warlock he is.

"These kinds of narratives are narratives we haven't seen explored in depth before, on TV especially," Perdomo added. "Ambrose is pansexual and an ethnic minority and he's a very old soul in a young man's body, like that's not your typical shirtless white man with a six-pack running in the jungle saving a damsel in distress story."

While we still have so much to learn about Ambrose and how his past will affect his future at the Academy of the Unseen Arts, there's no denying that the character has struck a chord with Chilling Adventures watchers. It's safe to say that Perdomo's Ambrose has put a spell on us all! Keep reading to see exactly how he's become everyone's favorite warlock.