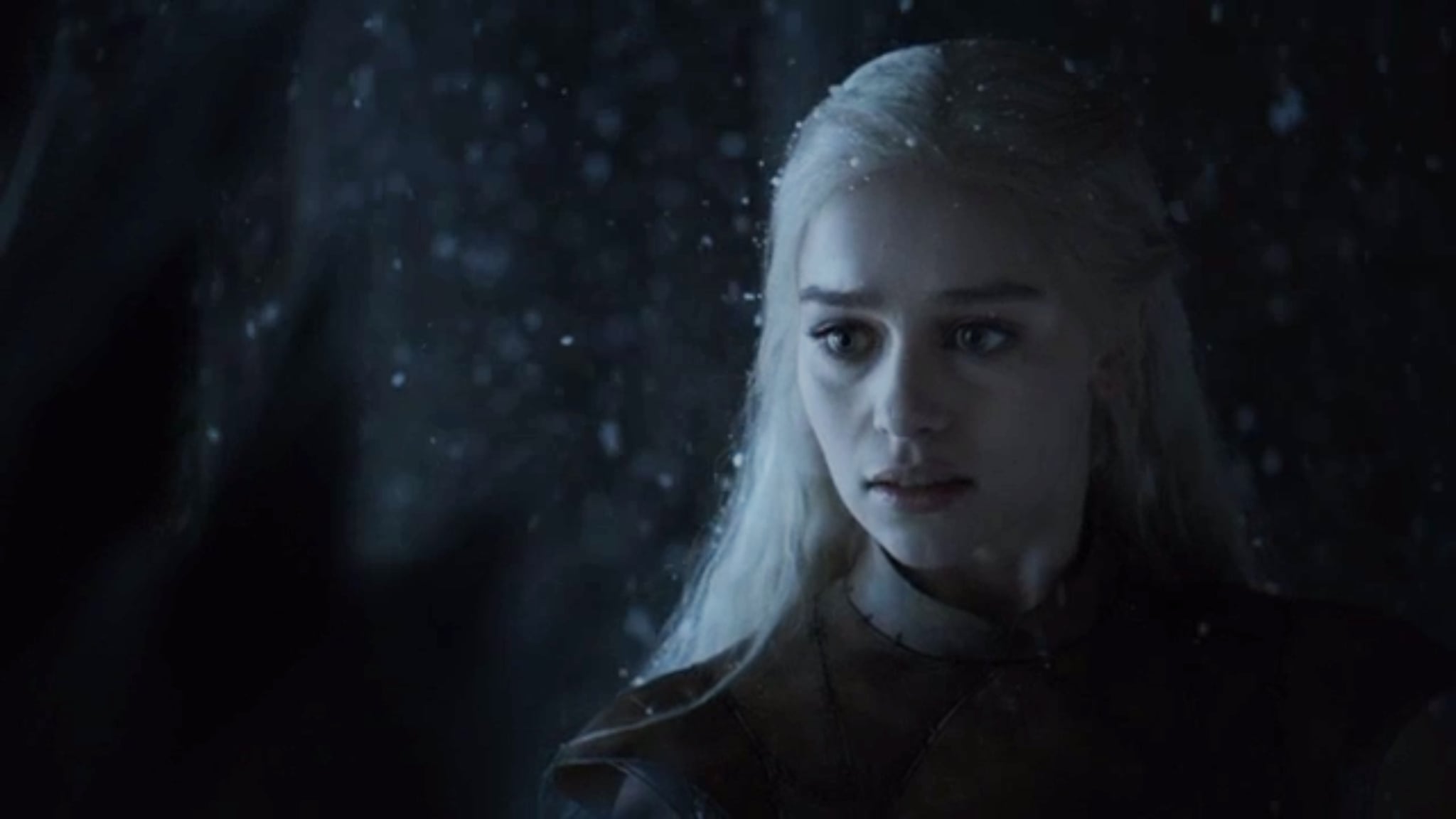 Now that Daenerys Targaryen is well on her way to going to war with Cersei Lannister in season eight of Game of Thrones, many devoted fans are wondering what the future holds for the fiery dragon queen. Will Missandei's death drive her mad? Will she attempt to eliminate Jon from the running for King now that she knows about his lineage? Per Dany's numerous proclamations over the past several seasons, it's clear that she aims to "take what's hers" by claiming the Iron Throne; but the question is, how will she do it? And beyond the logistics of deposing Cersei, one theory based on an important moment from Daenerys's past purports that she won't actually take the throne at all.

Redditor Try_Another_NO came up with this theory a while back based on the second season finale, wherein Daenerys pays a visit to the House of the Undying. You may recall this story line because it carries weight for several important theories within the GOT universe . . . or perhaps just because Daenerys reunites with husband Khal Drogo and her stillborn son, Rhaego, in one of her heartbreaking visions.

Per the full Reddit theory, one specific aspect of Daenerys's visit to the House of the Undying, which you can watch here, hints that she will never sit upon the Iron Throne:

"Daenerys enters the throne room of Kings Landing. The roof is destroyed, likely by dragon-fire, while both snow and nightfall creep in. This, clearly, symbolizes that both Daenerys and "the Long Night" have come to Kings [sic] Landing. She approaches the throne, and reaches out. But we know, and she quickly realizes, that if she seizes the throne in this vision, she is doomed."

Because Daenerys pulls her hand back from the throne in her prophecy-rich House of the Undying vision, theorizes Try_Another_NO, she will retreat from the throne when she actually arrives in King's Landing on the show. But why would she stop herself from taking what she believes is rightfully hers? Duty, purports the theory, and destiny.

She leaves the cold, dark throne room and finds herself passing through the gates at Castle Black to go beyond the wall. But this is not just a vision, or a trick by the warlocks at the House of the Undying. This, too, is a prophecy. As she leaves the gate, she is confronted by the same kind of blizzard that always accompanies the White Walkers. The symbolism of this is not hard to grasp. Duty and destiny will call Daenerys beyond the wall to confront the White Walkers, after she seizes the throne."

The fan theorist asserts that based on her visions, Daenerys is destined to confront the otherworldly creatures beyond The Wall, and will abandon her dreams of ruling the Seven Kingdoms in order to do so. Now, of course, we know that the White Walker threat appears to be over thanks to Arya's brave actions in season eight's third episode. Could the blizzard symbolize something other than literal snow and the Night King's former threat? Now that we have some perspective on the theory given all that's occurred in season eight, it seems more likely that the "ash or snow" in her vision was a hint that meeting Jon Snow (who could represent both snow and ash given his Targaryen lineage) would be the turning point for Daenerys; now that she's crossed paths with him and fallen in love, her future on the Iron Throne will never come to pass.

But that's not the only part of Dany's vision in the House of the Undying that may foretell her fate. Read on about the final part of her season two vision:

So, Daenerys might not have died fighting the White Walkers beyond the wall, but fighting alongside Jon Snow could be her undoing. When greeted by Drogo in her vision, she looks at him and says, "This is dark magic. Like the magic that took you from me. Took you from me before I could even . . . Maybe I am dead and I just don't know it yet." Drogo then goes on to tell her that he refused to enter the Night Lands without her, and it becomes clear that he'll always be in the tent waiting for her to arrive.

What It Means For Daenerys in Season Eight

The fact that Dany's vision concludes with Drogo and Rhaego waiting for her, claims the theory, meant that she would die fighting the White Walkers and reunite with her family in the Night Lands (the Dothraki afterlife). Again, this is no longer an option unless the Night King pulls off a miraculous recovery. But we don't think that means Dany is in the clear — far from it.

Considering how significant the visions from The House of the Undying have been thus far in the series, this theory could certainly still have some sway. After all, Daenerys's same visions foretold the truth of Jon Snow's parentage, which was confirmed in season six and has been a point of contention ever since. Aside from the fact that Daenerys will abandon the chance to rule from the Iron Throne for some reason that remains unclear, fans believe that the snow in Dany's vision not only foretells her crossing paths with Jon, but that he'll be the one to rule in the end. "The snow on the Iron Throne predicts Jon Snow on the Iron Throne. It is known," commented one. Another agreed, adding: "If he was legitimate at birth, his claim is stronger than hers after all."

So not only could these visions predict that Daenerys will die at Jon's hands (however indirectly) but they might also suggest that Jon Snow takes up the mantle as king of Westeros. After seeing how drawn to him the people of the North are in season eight's fourth episode, "The Last Stark," it's not at all hard to picture.

We're not going to lie — while we'd love to see how Dany fares as queen (as long as she tones down her rage), we'd also love more scenes of her with Khal Drogo and her son. It seems like she hasn't been truly happy since she lost them; perhaps it wouldn't be a sad ending for her to return to them in the afterlife. Guess we'll have to wait and see.

Editor's note: This post has been updated to reflect season eight changes.

Gossip Girl
The Gossip Girl Reboot Has a More Diverse Cast, but It Still Lacks Representation
by Charlene Masona 20 hours ago

HBO
Will There Be a Third Season of HBO's Betty? Here's What We Know So Far
by Corinne Sullivan 21 hours ago