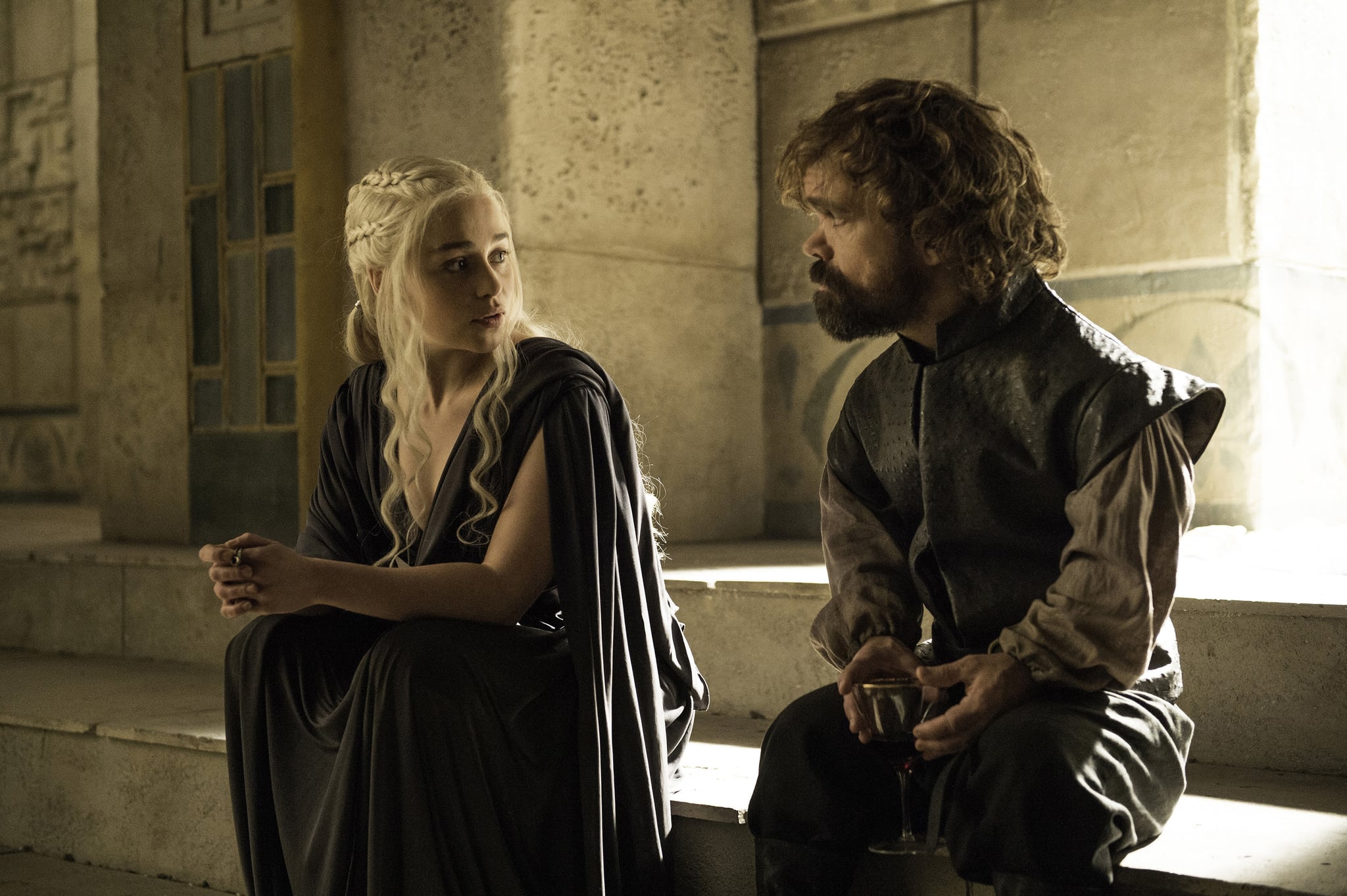 Season-seven update: Now that Game of Thrones season seven is well underway and Jon Snow has finally met up with dragon queen Daenerys Targaryen and her hand, Tyrion Lannister, this theory about the show's three dragons seems more plausible than ever. In episode five, Jon comes face to face with the most savage of Dany's dragons, Drogon, and shocks even Daenerys by essentially cuddling with it.

Drogon, who also burns Sam Tarly's family alive in the episode and is known for occasionally roasting and eating countryside children as snacks back in Meereen, is not exactly a fan of strangers. Upon sniffing Jon Snow's hand, however, Drogon calmly allows himself to be petted, even showing dilated pupils to indicate the dragon's ease. This is likely because he recognizes Jon as a Targaryen, even if nobody else does; and if the fiercest dragon of the three is willing to bow to Jon Snow, then Rhaegal and Viserion would certainly allow Snow to mount and ride them.

We already know that Tyrion is on the dragons' good side after freeing two from the dungeons beneath Meereen, and while he might not have the Targaryen scent, it's likely that one of Daenerys's children would allow him to ride into battle.

So, what would three dragon-riders mean for the realm? Read the original theory below to find out!

Original: Is it possible that Daenerys Targaryen, Tyrion Lannister, and Jon Snow could all end up winning the Iron Throne by the end of Game of Thrones? The night is dark and full of theories . . . and this is definitely one of the most compelling. Based on evidence from both the book series and the HBO show, GOT fans have compiled a pretty convincing argument that Jon, Tyrion, and Dany are the prophesied "Three Heads of the Dragon." And based on the teaser for season seven, this theory is even more likely to come true.

If this sounds like a foreign language, don't fret — we've laid the theory out for you below, and it might very well make a believer out of you.

During Daenerys's time in the House of the Undying, she has a vision of her brother, Rhaegar, stating that "the dragon has three heads." This three-headed dragon theme is reflected in the series in multiple ways: Daenerys has three dragons (Rhaegal, Drogon, and Viserion), the Targaryen house sigil features a three-headed dragon, and Dany's ancestor Aegon Targaryen conquered Westeros alongside his two sisters (all mounted atop dragons). Fans of the series have interpreted the prophecy in the House of Undying to mean that there must be three riders for Daenerys's three dragons before she can win back the Iron Throne.

Presumably, Daenerys herself is one of these dragon riders — after all, she's already ridden Drogon. The obvious choices for the other two riders are Jon Snow and Tyrion Lannister. It's been confirmed that Jon is actually of Targaryen lineage, and even if Tyrion isn't related to Jon and Dany, he has a proven connection with dragons.

The similarities between Jon, Daenerys, and Tyrion are striking. Orphans who are cast off by society for one reason or another, each of them has an ill-fated love story that is highlighted in the series. One Tumblr user highlighted these parallels in a beautiful chart.

The Parallels Between Tyrion, Jon, and Dany:

Another solid piece of proof comes from the Game of Thrones season seven teaser, which pointedly focuses on a three-headed dragon while Daenerys discusses her father's failings as a ruler. The teaser opens with Dany speaking and concludes with a quote from Jon, hinting that the unraveling of Westeros in the seventh season starts and ends with the two remaining Targaryens. Perhaps it's because they'll each be riding on their own dragon, battling White Walkers beyond the Wall.

Convincing, right? Now the show merely needs to bring the three dragon-riders together so that they can fly, as a united force, to Westeros and take the Iron Throne. Three heads of the dragon are definitely better than one!