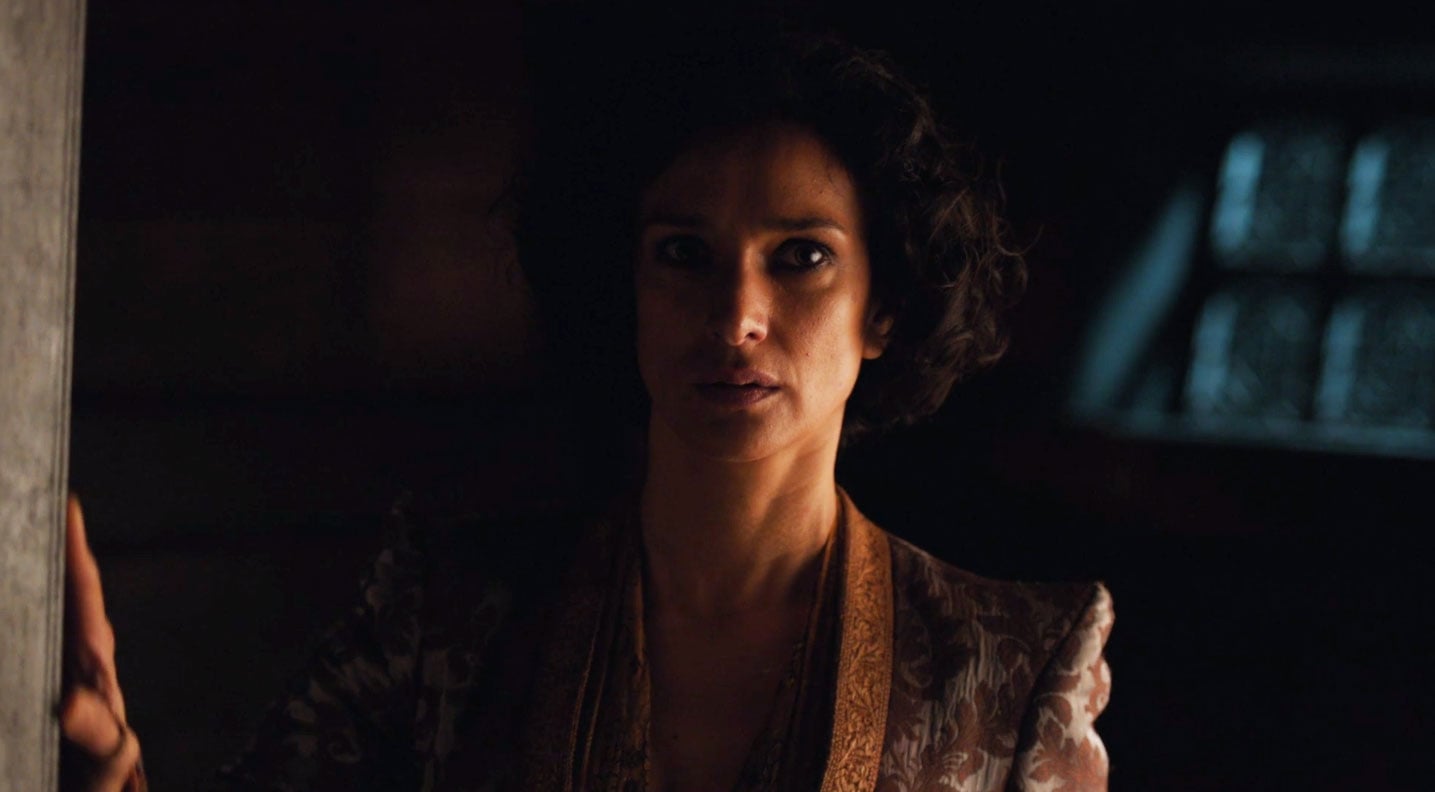 Because nothing good can ever happen in Westeros, Game of Thrones threw a major, bloody curveball into the end of season seven's second episode. While Yara and Theon Greyjoy are sailing to Dorne with Ellaria Sand and the three Sand Snakes on the Iron Fleet, their evil uncle, Euron Greyjoy, comes out of freakin' nowhere and smashes his massive ship into theirs. All hell breaks loose, and countless lives are lost — but is Ellaria's one of them?

After cutting out a few tongues, Euron engages in fierce hand-to-hand combat with Yara and Theon as well as Obara and Nymeria Sand up top, while Ellaria and her daughter Tyene fend off Euron's men below deck. Sadly, the latter two are soon overpowered and captured, along with Yara. Theon, struck with what looks like some PTSD from his days as Reek, flees overboard, while Euron hangs and impales Nymeria and Obara from the front of Yara's ship. Upon first glance, it might look like Ellaria is the one impaled on the spear due to the similar robe she and Obara wear in that scene, but it seems like Euron has something far worse than death in mind for her. After all, next week's episode is titled "The Queen's Justice." Dun dun dun! 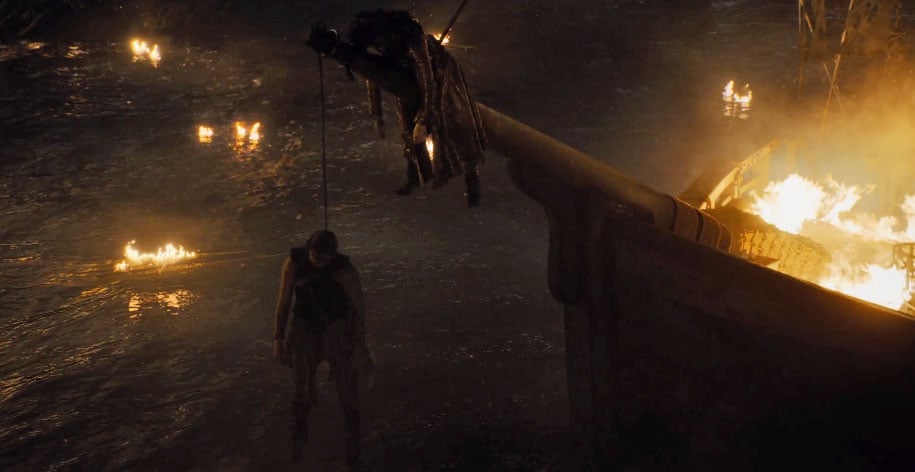 As you might recall from the season seven premiere, Euron proposes to Cersei in King's Landing but is rebuffed. He promises to return with a gift so perfect that Cersei won't be able to turn him down again. While most guys stick to roses and chocolate, Euron is apparently gifting Cersei with not only the ships left in Yara's fleet, but also Ellaria, the woman who murdered Cersei's daughter, Myrcella.

With Ellaria and Tyene on their way to King's Landing, we can only imagine the horrors Cersei will put them through. After all, Tyene is the one to supply her mother with the poison that she uses to kill Myrcella (with a kiss), and something tells us Cersei won't be so forgiving about that . . .

Netflix
The Pogues Might Be Going to the Bahamas, but Outer Banks Season 2 Wasn't Filmed There
by Grayson Gilcrease 16 hours ago