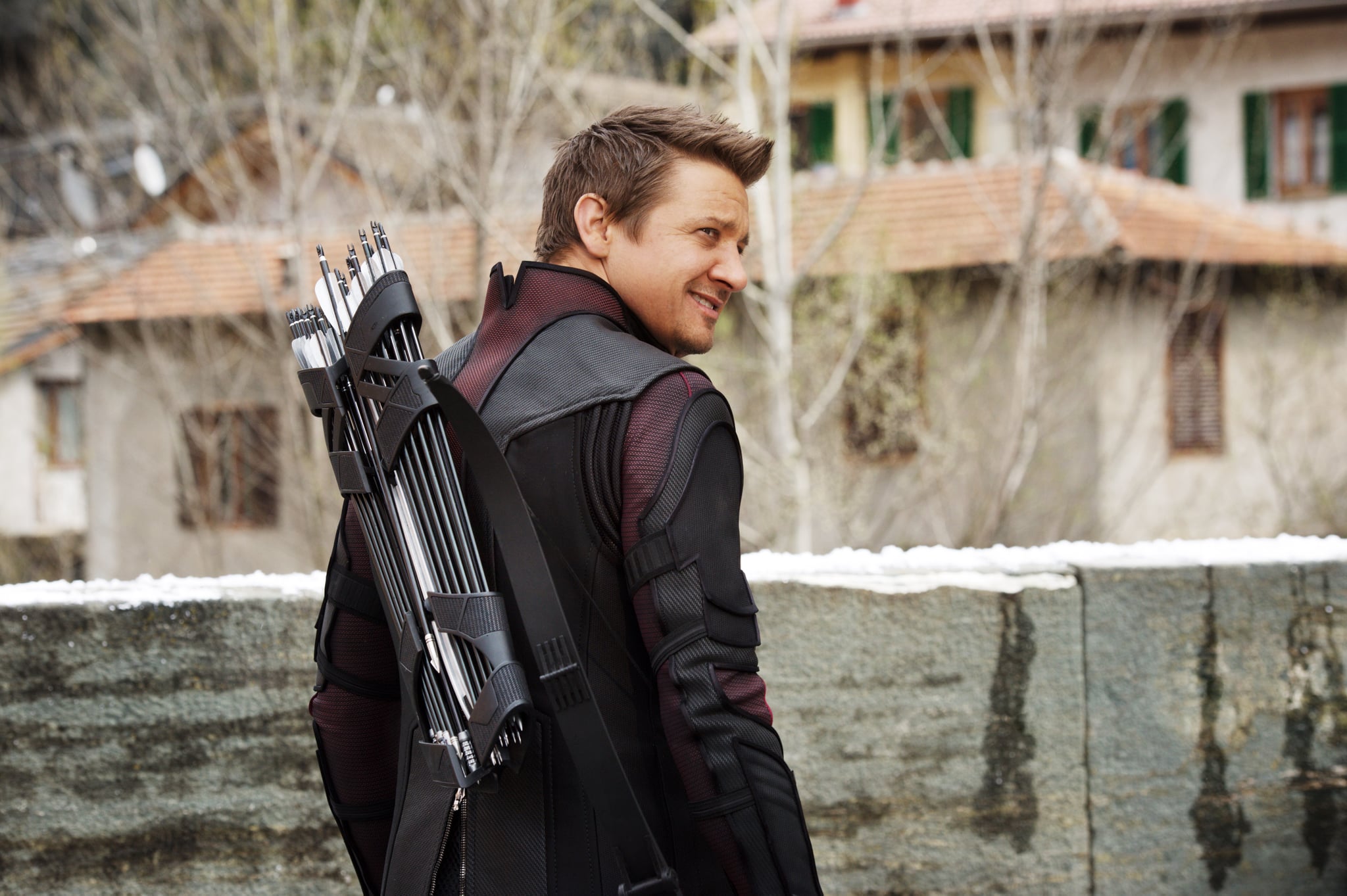 If you paid attention to the Infinity War posters and trailers that were released before the film came out, you may have noticed the glaring absence of one major Marvel hero: Hawkeye. Sure, he doesn't have technologically advanced gizmos, magical powers, or godly abilities, but he's still one of the founding Avengers! Understandably, fans are scratching their heads and asking themselves where the heck the bow-wielding superhero could be in the latest team-up film.

The closest we got to any Hawkeye publicity material is through fan art pieces. Jeremy Renner even cheekily shared a fan-made Entertainment Weekly cover that features his character on Instagram. Meanwhile, the Russo brothers temporarily updated their Facebook cover photo to a fan piece by artist Bosslogic that replaces all of the Avengers with Hawkeye. Were they hinting at a potentially huge role that Hawkeye could play in Infinity War or poking fun at the public's outcry?

Sadly, no. After seeing the film, we can confirm that Hawkeye does not make an appearance. He is mentioned, however, when another character wonders where both he and Ant-Man are. It's revealed that since both of them have families and young children, they're skipping out on the fatal battle against Thanos. Can't say we blame them!

In an interview with Screen Rant before Infinity War came out, codirector Anthony Russo mysteriously said that Hawkeye has "a unique reaction to the Civil War situation that puts him in a special spot in this film." We can only assume that the "special spot" in question is out of danger and with his kids. After all, in Captain America: Civil War, Steve Rogers breaches the Raft and lets Hawkeye go free. We assume that after all of this Avengers chaos, Clint Barton has returned home to relax with his family and chill out at his secret ranch. But what if while all the drama with Thanos has been going on, Hawkeye hasn't been as safe as we thought?

In the comics, Hawkeye learns at some point that his wife and children have been assassinated, which prompts him to adopt a darker, more violent alter ego named Ronin. New set photos for Avengers 4 have us especially convinced that Hawkeye will adopt this new identity sooner than later.