Given his namesake, we should have known Viserion would be the problem child. The undead dragon brings down the Wall in the Game of Thrones season seven finale, but how exactly he accomplishes this feat remains unclear. As Uncle Benjen informs Bran in season six, the Wall was protected by ancient magic designed to prevent the White Walkers from crossing into Westeros.

Early in the season, there was speculation that the Night King and his army would simply march around the troublesome barrier on frozen ice, but instead, they use Viserion to destroy the Wall. The Mother of Dragons' undead child unleashes a blue blast on the Wall that sends it crumbling in a matter of minutes — whether his blast is blue fire or ice remains to be seen. Whatever it was, it did the job, because by the time Viserion is done, the White Walkers are able to wander into Westeros with no magical repercussions.

Related:
Here's Why It's No Surprise That Viserion Turned

Now, it's possible that this officially makes Viserion an ice dragon. So far, these icy creatures have not been seen in the books, but they have been mentioned. The people of Westeros believe they are nothing more than the stars of bedtime stories used to scare children on Summer nights. They thought the same was true of the White Walkers, though, and we all know how that turned out. Ice dragons are described as massive creatures made of living ice. They are said to be larger than normal dragons with translucent wings and crystal-blue eyes. If they exist, they are to be found in the Shivering Sea and the White Waste.

Viserion isn't an ice dragon in the traditional sense. They are a breed of dragon, whereas Viserion is something else entirely — he is a dragon that has been raised from the dead. As a result, he now breathes blue flames. Interestingly, the Wall seems to crack as much as it melts, which means Viserion's blast could be ice or fire. That doesn't explain how the Night King is able to bypass the magic that has kept him out of the Seven Kingdoms for thousands of years, though.

Perhaps magic has to be fought with magic. The egg Viserion hatches from in season one is taken by Daenerys into the flames that consume Khal Drogo and Mirri Maz Duur's bodies. Blood magic plays a role in the birth of the dragons, but how could the Night King be privy to that information? Unless he possesses some of Bran Stark's ability to see through time (or, you know, is Bran), then he couldn't possibly know how the dragons were born. Maybe that doesn't matter, though; dragons could be inherently magical creatures. If they are, then the Night King may have been waiting a long time to get his hands on one.

Related:
6 Questions We Have About the Ice Dragon on Game of Thrones 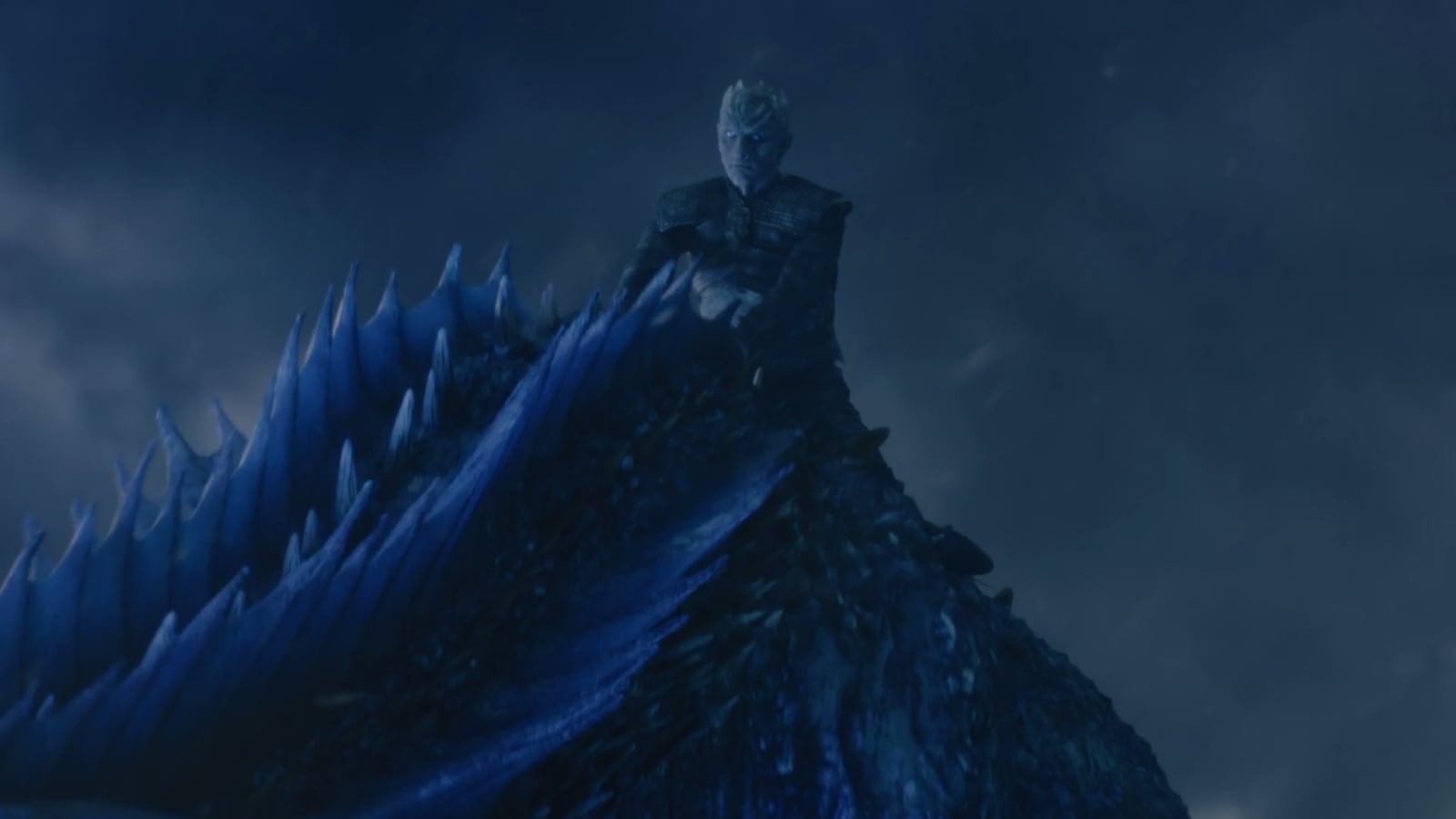 There is another option that has nothing to do with Viserion being magical — just because the Wall couldn't be breached by the White Walkers doesn't mean it's indestructible. After all, it is a man-made object (another Bran, Bran the Builder, spearheaded its creation). Back in season three, giant sheets of ice fall from the Wall as Jon and the Wildlings climb to the top. Like any structure, fire or extreme cold would cause major damage to the point of collapse. That likely goes double when the fire is coming from a dragon — even an undead one.

Whether it is Viserion's magical properties or his brute force that brings the Wall tumbling down, the dragon has proven himself to be an invaluable weapon for the Night King. And the scariest part of all is this deadly duo is just getting started.