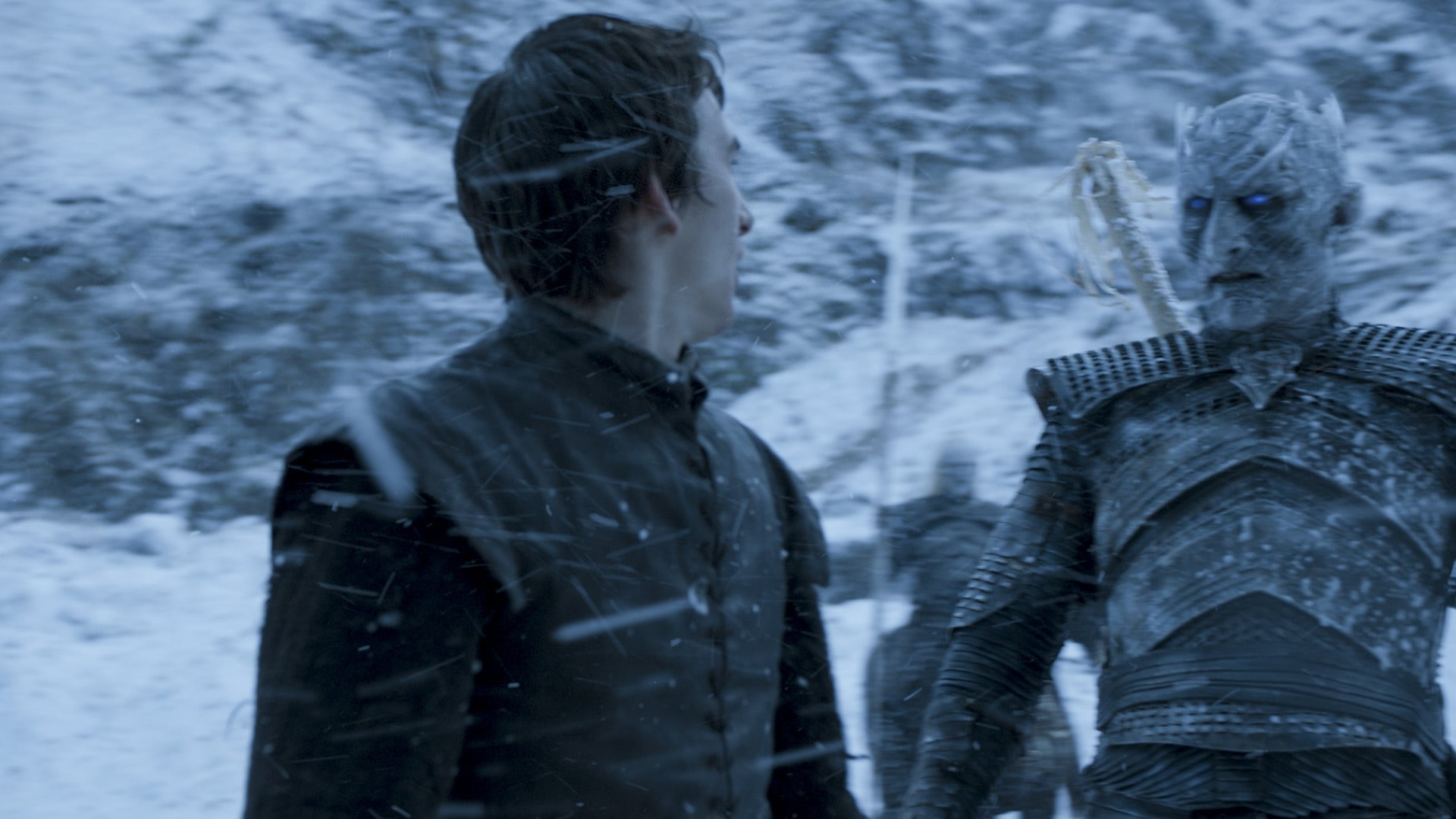 There is no shortage of Game of Thrones theories, both far-fetched (Ned lives!) and totally plausible (Jon Snow is Azor Ahai!), but one of the strongest to come out since the final batch of episodes aired manages to be both at once. Reddit user turm0il26 proposes that Bran Stark is the Night King, and their reasoning is so sound that we're having a hard time not imagining the bittersweet showdown between Bran and Jon if this time-twisting theory turns out to be right.

Bran isn't the show's flashiest character, but he's been set up as the catalyst for nearly every major event that has transpired since season one. Think about it; if Jaime never pushes the peeping Stark out of a tower window at Winterfell, Catelyn never goes on a mission to find and kidnap Tyrion, which in turn causes the tension between the Lannisters and Starks to escalate in King's Landing, and so on. It's also unlikely Bran would ever have unlocked his abilities to warg and use his Greensight to travel through time if he hadn't lost the use of his legs. Without those abilities, Hodor (as we know him, anyway) wouldn't exist, and if you subscribe to the Bran drives the Mad King crazy with his whispering theory, then Robert's Rebellion may have gone down a little differently as well.

Bran isn't the show's flashiest character, but he's been set up as the catalyst for nearly every major event that has transpired since season one.

Game of Thrones seems to subscribe to the time travel theory that whatever happens, happens. In other words, Bran is always going to travel back in time, causing Wylis to become Hodor. If we accept that the Three-Eyed Raven is right when he says "the past is already written," then we must also accept that anything Bran does during his travels through time are not only always going to happen, but that they will have a direct effect in shaping the future. Now, we know that's how this time travel thing works, but Bran hasn't fully grasped the extent of his powers or the lesson that the "ink is dry." It's that naivety that could ultimately cause him to become the Night King, as he tries to stop the show's greatest villain from ever being created in the first place.

Still confused? Let's break it down.

Turm0il26 proposes that after Bran realizes his powers caused Wylis to become Hodor and one day save his and Meera's lives, he will wrongly believe he can stop the White Walkers from ever existing in the first place. It makes sense that Bran will be interested in further exploring his powers in season seven. This will be especially true if the Night King and his minions bring down the Wall. It's possible that Bran will believe only he can stop the oncoming war by going far enough back in time to prevent the creation of the Night King by trying to reason with the Children of the Forest, who are responsible for plunging the dragonglass into the heart of one of the First Men.

Related:
Theory Alert! Could Ser Davos Actually Be the Secret Hero on Game of Thrones?

Remember, Bran witnesses the creation of the Night King, and he experiences the touch of the ancient ice zombie while warging in season six. These two events suggest a strong connection already exists between these two characters. According to Turm0il26, the reason the Night King and Bran seem to be drawn to each other is because they are essentially the same person at different points of the same timeline. The Reddit theory reads:

"Bran goes back all the way to where the Night king was created, to warg into the human that later is going to become the Night king. He wargs into him to instead stop the 'dragonglass into the heart'-event from happening. Only he doesn't think of that the children of the forest won't recognize him from the future, and that they at that point are in war with the first men (he is gagged because of all the weird future-talk). When he realized he failed again, he tries to go back in the current timeline, but can't because he's too deep into the past and stayed too long ('it is beautiful beneath the sea, stay too long and you drown'). From here Bran gets stuck in the past (exactly as Brynden and Jojen warned him not to) and becomes the Night King."

Turm0il26 further suggests that the magic the Children of the Forest possess combined with Bran's powers would ultimately lead to corruption and madness. If all of his attempts to stop the White Walkers from existing in the first place leads to Bran being trapped thousands of years in the past, slowly losing his sense of self, he could become the villain of the piece. It's classic origin story logic: a character tries to do the right thing but ultimately ends up losing their humanity in the process.

Rewatch the scene where Bran witnesses the Night King's creation and take special note of Bran's reaction. Not only does his hand clench as he's watching the event unfold (which could be interpreted as a physical response to the pain), but when the scene returns to the present day in the cave, Bran's position against the rock directly mirrors that of the Night King's against the tree. Add in the leader of the White Walkers being able to touch Bran while he wargs — something no one else has been able to do, so far — and this theory becomes all the more plausible.

If this time-hopping theory is even close to the truth, then it's a devastating twist to Bran's story. Not only would it make him responsible for thousands of deaths, it would also mean he's fated to live out countless years of misery. Add in the part where Bran's brother, Jon, seems to be the only person capable of stopping the Night King's reign, and tears are sure to start flowing if a version of these events plays out on screen.

While the Night King does have an identity in the books — he's the 13th Commander of the Night's Watch — this is one Game of Thrones theory that's well thought out, whether it comes to pass or not. It's hard to imagine the final two seasons having enough time to fully tell such a complex time travel arc, but stranger things have certainly happened in Westeros. We'll just have to stay tuned to see if the sweet Summer child that is Bran Stark becomes the king of Winter.