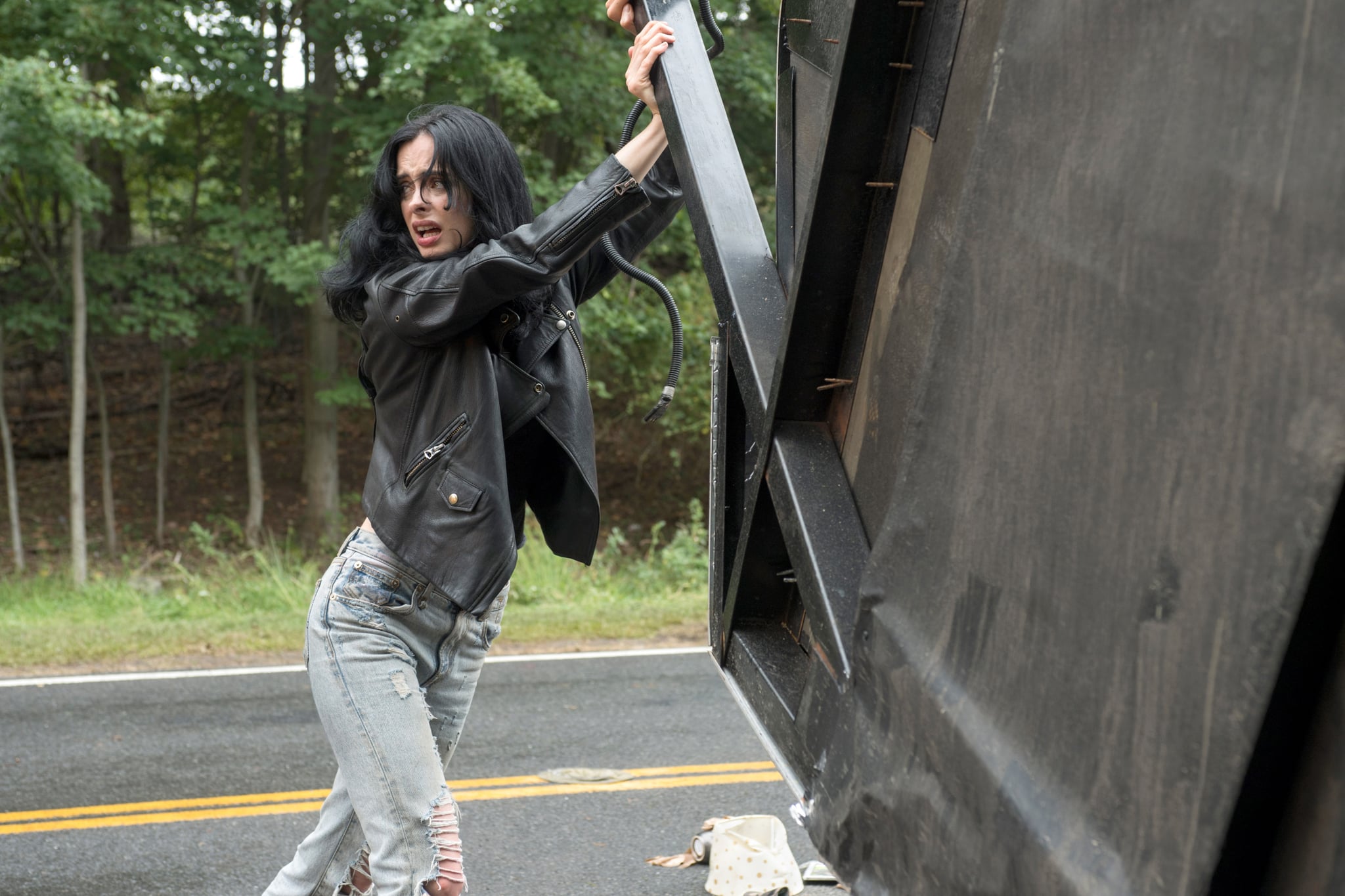 Missed your favorite smack-talking private investigator with super strength and a killer leather jacket? Jessica Jones has returned for one last butt-kicking third season. While we're excited for the brand new batch of episodes, it's certainly been a while since the second installation of the series dropped. Between mad scientists, murderous mothers, and cut business ties, a helluva lot went down in Hell's Kitchen when we last saw Jessica and her (former) friends.

Taking a cue from Jessica's detective work, we've gathered up the most crucial details about how the show's last season ended to give you a refresher going into the third season.

Jessica finds her mother Alisa while investigating IGH. But her mother, who she long believed to be dead, isn't quite well. She's fueled with rage and super strength after being experimented on by Karl Malus. While Jessica eventually puts her murderous mother in jail, Alisa breaks out and goes on a rampage when she learned that Karl has died in an explosion that he sets off himself.

Jessica finds her mother, who drugs her and drives off with her in a van. On their impromptu road trip, they rescue victims in a car crash, which brings them a little closer together. But this gets the police on their trail, so they make tentative plans to cross the border to Canada.

Related:
A Full Music Video For the "I Want Your Cray Cray" Song From Jessica Jones Exists, FYI

Crawling out of the hospital after recuperating from Karl's botched experiment, Trish tracks down Jessica and her mother. Alisa is on the edge of giving up the chase with the police, getting on a Ferris wheel with her daughter to say her last words. At this point, it just looks like she's giving a signal to the police that she's at the amusement park. But then there's a shot to her head and she dies. It's Trish, who's shooting from the ground. When the cops get to the scene, Jessica tells Trish to run.

Jessica understandingly feels frosty toward Trish, who stops by to talk with her sister later on in the finale. Trish's attempt to reconcile doesn't work, but on her way out, she suddenly discovers superquick reflexes when her phone drops and she catches the fall with her foot. It looks like Karl's twisted operation might have worked on her after all.

Related:
Jessica Jones: How Did Trish Get Her Powers? And What Exactly Are They? Let's Break It Down

After getting scammed by Inez and her fake healer boyfriend Shane, Jeri pretty much has nothing left to lose. She leaves her law firm after Malcolm hands her information about her partners laundering drug money. This intel gives Jeri leverage, which she uses to blackmail her colleagues into handing over her clients and giving her more severance money. At the end of the finale, Jeri kicks off Jeryn Hogarth and Associates. Malcolm also officially calls it quits with Jessica's business, now working with Pryce Cheng. We learn this when Jeri hires Cheng for a case (as opposed to going to Jessica).

With her mother dead and her ties to Malcolm and Trish cut, Jessica finds herself alone again. But she swings by for dinner with Oscar and Vido, so it appears that our favorite snarky PI may have found a new and functional love in her life after all.

For now, it looks like everyone has gone their separate way. But we'll see how a new case — and villain — brings everyone back together when season three debuts on June 14.

Netflix
Resident Evil Is Getting the Netflix Treatment — Now Meet the Cast!
by Amanda Prahl 3 days ago