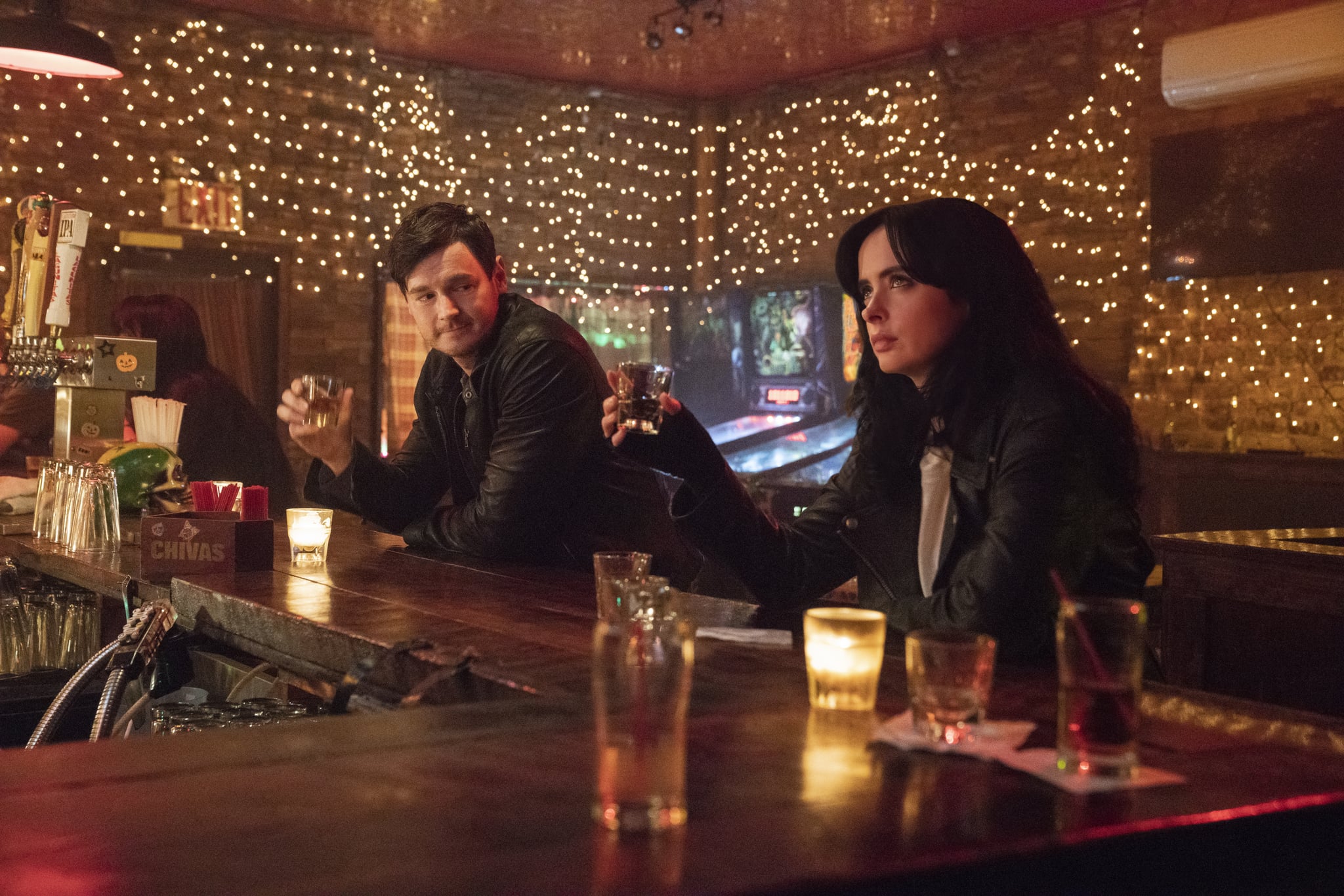 The news that Netflix was canceling all of their Marvel series — Luke Cage, Daredevil, Iron Fist, The Defenders, and Jessica Jones — came as quite a shock to many of the shows' devoted fans. Fortunately in the cast of the latter, the streaming platform deigned to give it a third and final season. So, when can we expect to see the end of the superhero-turned-private investigator's journey? Mark your calendars for June 14!

The date was revealed in late May at the end of the very brief first teaser for season three. The new footage only shows Jessica (Krysten Ritter) approaching the door of her apartment/Alias Investigations after hearing a loud series of knocks, presumably by the same anonymous man who we can hear say in an ominous voice-over, "Jessica Jones, you are a fraud. You're a cheater. No longer." There's only the briefest glimpse of the man's face interspersed with Jessica's silently screaming face, which has us even more worried about the season's tagline: "sometimes even heroes can't save themselves." All we can say is yikes.

Will Jessica make it out of season three alive? And who is the new psychopath tailing her?! Will she ever repair her relationship with Trish? Who is Benjamin Walker playing? Suffice it to say, we have a LOT to mull over before season three premieres in June.