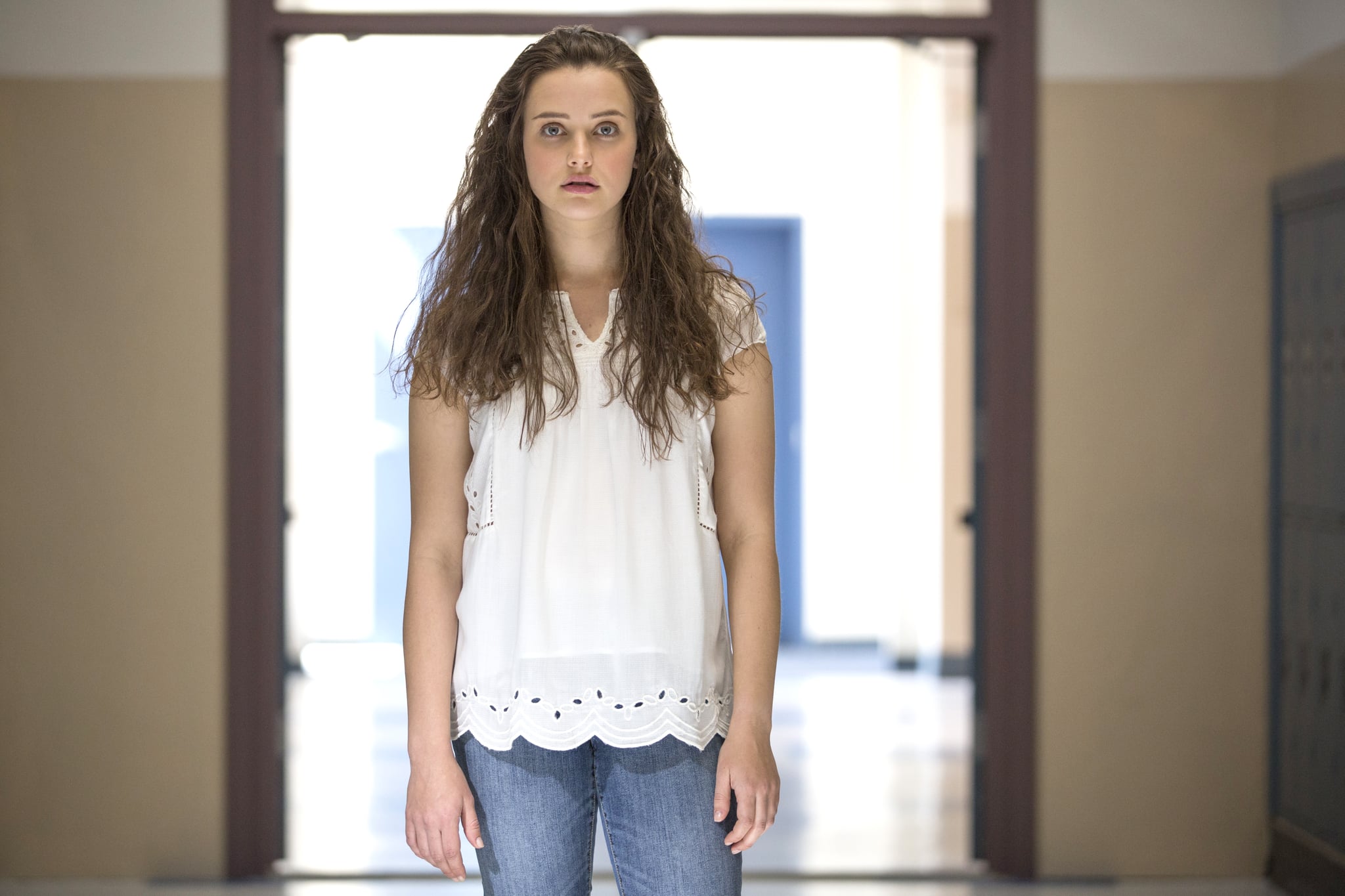 Warning: Discussions of suicide and depression below. There are also spoilers for 13 Reasons Why throughout.

Netflix's 13-episode drama, an adaptation of Jay Asher's best-selling 2007 YA novel, follows quiet high school student Clay Jensen (Dylan Minnette) after he receives a box of 13 cassette tapes from Hannah (Katherine Langford), his classmate and crush who killed herself a few weeks earlier. "Hi, this is Hannah," she announces on the first tape. "Settle in, because I'm about to tell you the story of my life. More specifically, why my life ended." Each cassette, and each episode, reveals a person (aka one of the titular "reasons") she deems responsible for her eventual decision to commit suicide. Hannah has another classmate, Tony, make sure everyone included on the tapes passes them on to the next person one by one, or else he'll release a copy of them to the public. Since the reasons range from cruel bullying to rape, it's obvious why the people on the tapes want their secrets to stay under wraps.

While listening to the first tape, Clay rides his bike to the park where everything started for Hannah, at her posthumous instruction. Distracted, he swerves out of the way of an oncoming car only to collide head first with one parked on the side of the street. From then on, the gash he gets on his forehead from the accident is featured prominently throughout each episode during close-ups, or whenever he looks in the mirror. As Clay sinks deeper and deeper into Hannah's world, gradually understanding why she did what she did, the cut begins to heal until it's nothing more than a green and yellow bruise; a physical manifestation of Clay's reckoning with the tragedy.

And tragedy it most definitely is. With the rate of suicide in the US climbing among adolescent girls, 13 Reasons Why could not have come at a better time. Make no mistake, though; this show is not a PSA. Instead, it's an unflinching portrayal of suicide and its aftermath. I can't recall ever having seen a TV show address mental health and suicide in such a brutally honest way. The Jason Foundation, a youth suicide prevention organization, reports that not only is suicide the second leading cause of death for ages 10-24, but there are an average of over 5,240 suicide attempts by young people in grades 7-12 each day. That's part of what makes show show feel like a thriller of sorts. What happened to Hannah Baker could happen to someone you know, and the worst part is you might not even realize it. Like some kind of invisible horror movie villain, depression sneaks up on you. "What does it really look like?" Hannah asks in the penultimate episode, referencing her mental state right before she chose to kill herself. "Here's the scary thing: it looks like nothing . . . It feels like a deep, always blank, endless nothing."

I've struggled with depression since I myself was Hannah's age, and never before has a piece of dialogue knocked the wind out of me harder than that line. Immediately tears filled my eyes, partly because I couldn't believe feelings I've dealt with my entire life were finally being portrayed accurately, and partly because I wish I'd had a show like this to watch when I was 16. I wish that I'd known I wasn't alone and that conversations about mental health are necessary parts of life, rather than things that should be swept under the rug. 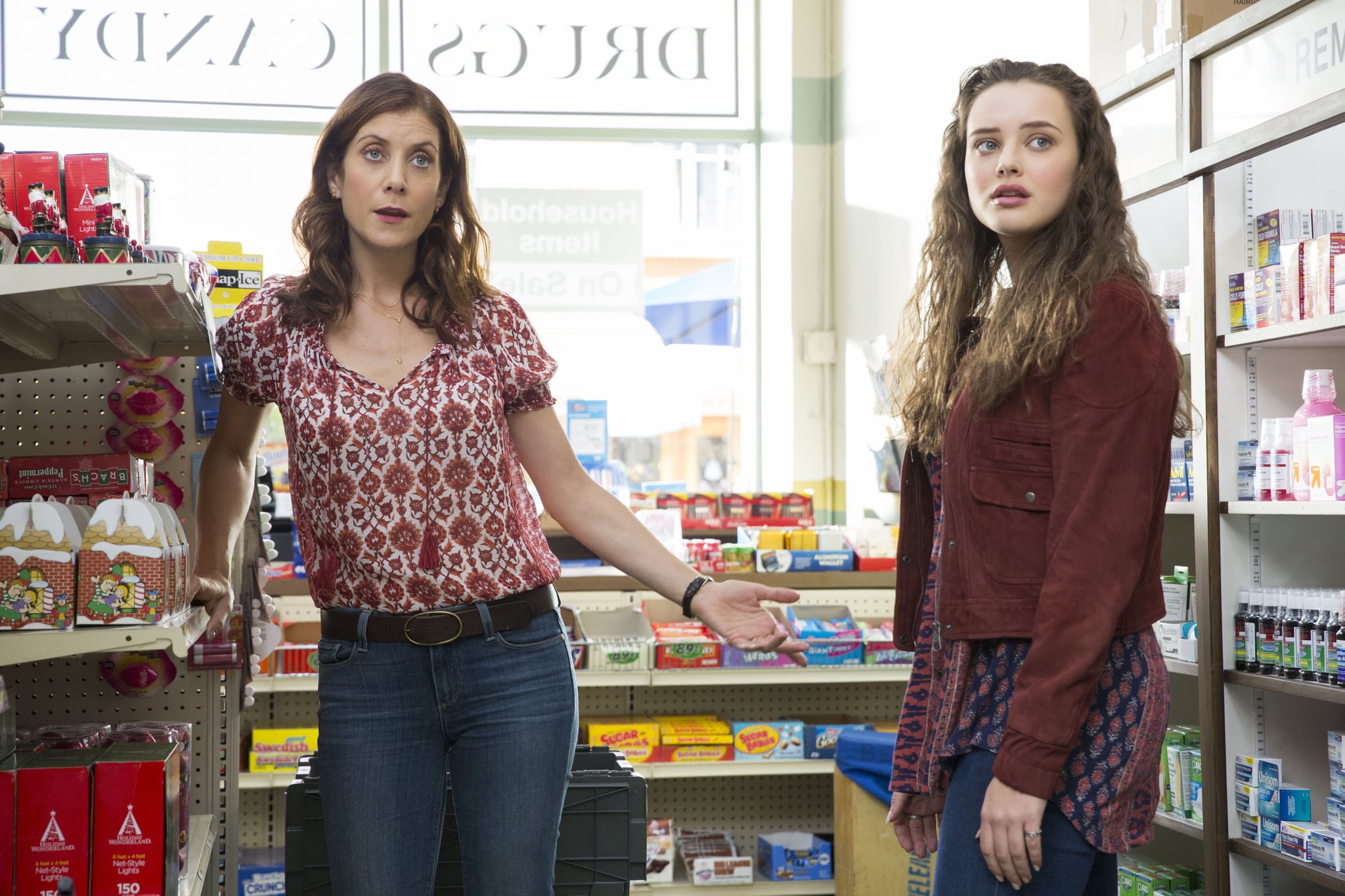 This is why the scene of Hannah killing herself is so, so important for everyone to watch (although "endure" might be a better word). After a school counselor, Mr. Porter (Derek Luke), tells her that the only choice she has is to reveal the name of her rapist to him or "move on" with her life, she considers her fate sealed. She steals a pack of razors from her parents' drug store. She goes home. She turns on the bathtub. She gets inside of it in all of her clothes. She slices deep gashes into her arms and bleeds out, as water spills over the ceramic white wall of the tub in a waterfall of unsettling pink. The camera doesn't give you an out by zooming in on her face or panning away as she cuts herself, either. Hannah dies in a horrific, gut-wrenching way, and you're going to face it whether you want to or not.

This series is not a campaign quietly and politely asking people who feel down not to kill themselves; it's an unwavering account of a depressed, brutalized teenage girl who thinks she has no way out.

There will be think pieces accusing the scene of being too graphic, too much like "torture porn," or done simply for shock value. I disagree. Showrunner Brian Yorkey doesn't hold back from depicting the horrors of being Hannah Baker (or a teenager in general) up until that episode, so why should they stop being truthful during the most important scene of the entire series? Anything less than showing Hannah's death in all of its brutal, bloody reality would be a disservice to the character, the show, and its audience. This series is not a campaign quietly and politely asking people who feel down not to kill themselves; it's an unwavering account of a depressed, brutalized teenage girl who thinks she has no way out. You might not like what you see, but this is a choice thousands of teenagers make a year. This is real life.

A lot of people may consider suicide a "selfish" act, but for many of those thinking of killing themselves, they see it as an end to their pain and a way to stop being a burden to those around them. Mental illness is a tricky, slippery thing. As you see with Hannah and her parents, played by Brian d'Arcy James and Kate Walsh (who has never been better), the voices of loved ones saying that they're there for you can be softer than the voices telling you that maybe, just maybe, life would be easier for everyone if you just disappeared. Hannah has those exact thoughts shortly before she makes her fateful choice. Try to imagine, just for a second, the depth of her pain: how could the show not try to make that as clear as possible?

"She let people intimidate her over and over and over until she disappeared," Clay says during a tense conversation with Mr. Porter after he finds out the role he played in Hannah's death. "You can't love someone back to life," Mr. Porter replies. Clay, a determined look in his eyes, hits back, "You can try." And that is what 13 Reasons Why does. It tries to tell an honest story about an epidemic that is all too real for a lot of families. Hannah isn't the only one dealing with demons, either. Clay has mental health issues of his own, another character turns to alcohol as a way to subconsciously deal with the fact she was raped, and another has an abusive home. The list goes on and on, shining as bright a light as possible on the things people experience everyday.

Whether it gets picked up for a second season or not, it's obvious that Netflix has achieved something special here. And this is exactly the kind of storytelling everyone (not just teenagers, and not just their parents) needs to see.

If you or someone you know needs help, please call the National Suicide Prevention Lifeline at 1-800-273-TALK (8255) or visit their website.

by Joely Chilcott 40 minutes ago