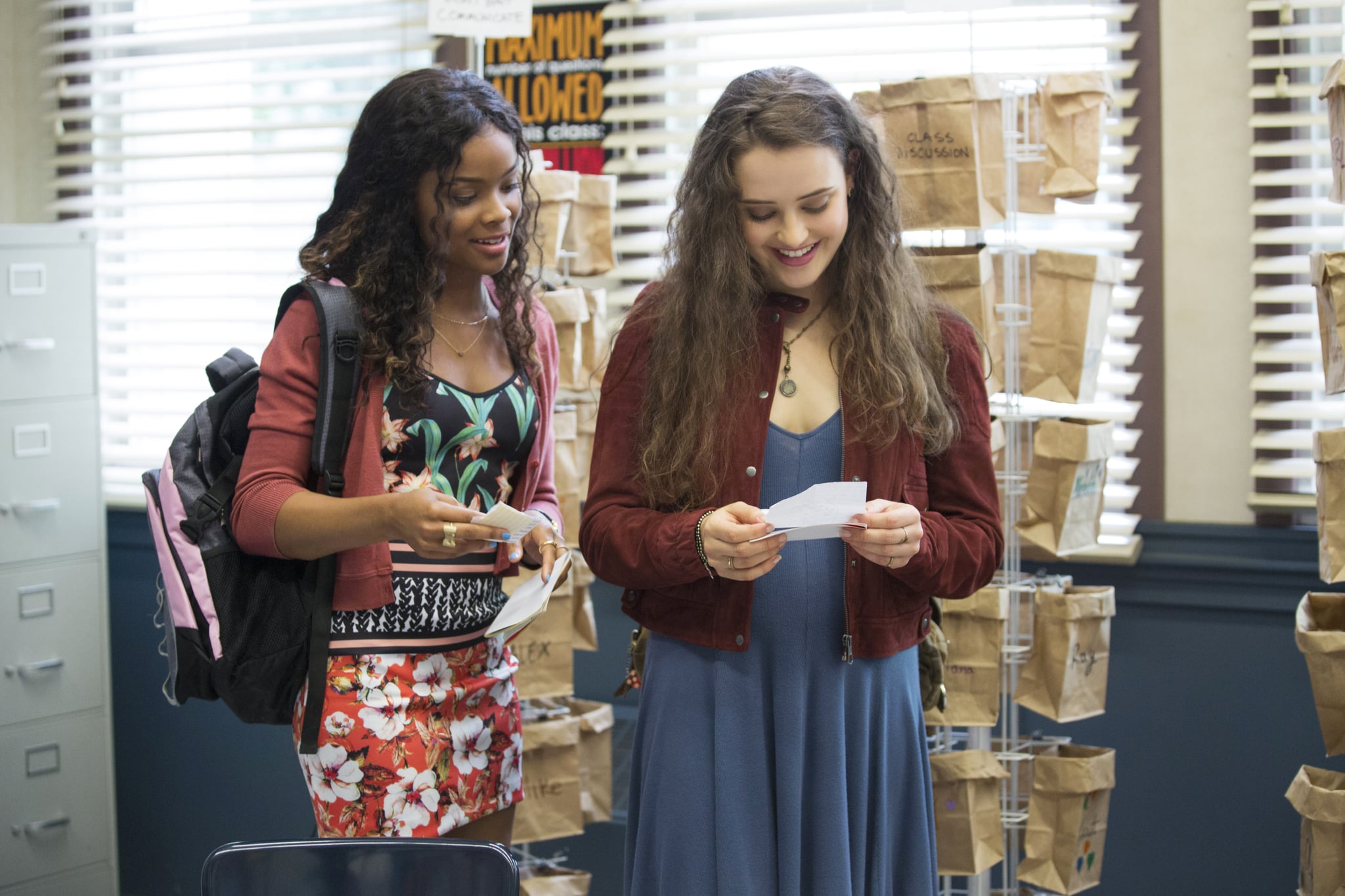 According to The Hollywood Reporter, Netflix is "on the cusp" of renewing 13 Reasons Why for a second season! While the streaming service has yet to comment, THR writes that the writers room has been working on season two for a few weeks.

The adaptation of Jay Asher's 2007 novel Thirteen Reasons Why is one of Netflix's most addictive series yet. Stylized as 13 Reasons Why, the show was envisioned to run exactly 13 episodes; it was brought to Netflix as a miniseries, designed to tell one singular story. While some fans maintain that the series shouldn't go beyond the first set of episodes, some of us have been rooting for a second season for weeks. The entire premise is that a teenage girl commits suicide, and through a series of tapes, she's explaining why. However, the TV writers did expand on the characters in the book, giving them richer stories to fill out the episodes. The writers could continue the story just following the people we've met, especially since the first season ends with some major developments.

On Wednesday, news that Ross Butler would be leaving Riverdale for "work commitments" sparked even more hope that 13 Reasons Why would continue. A recent interview with executive producer Selena Gomez and star Katherine Langford has made us think that a second season is definitely a possibility. "We don't know what is going to go beyond it, but we know there are so many stories that lie beneath each character," said Gomez. "That's why it became a series in the first place. So we'll see."

"There's definitely more story to tell," said Langford. "It would be cool to continue the dialogue of this story. There are so many cliffhangers at the end of the season. . . . I had to sit back. I didn't think about what happens next. It's more of this feeling like, 'Oh my God, that's the story that needed to be told.'" Other cast members have weighed in on wanting a second season as well.