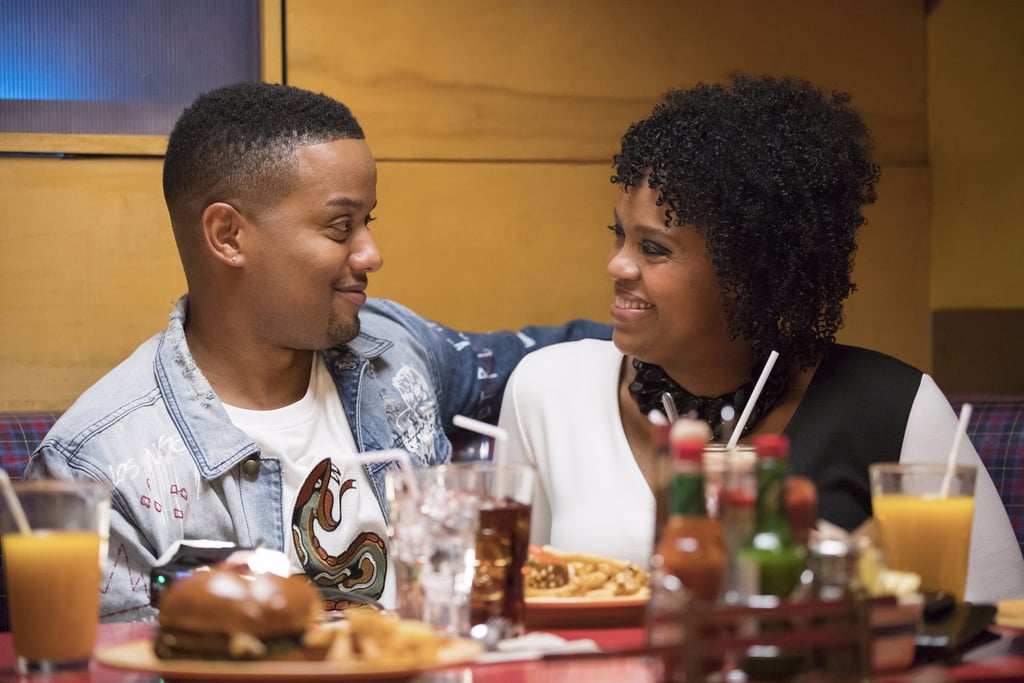 Issa Rae's Insecure is, for lack of a better phrase, hella emotional. The script manages to rip open the core struggles of black women in their late 20s and inspire such a deep range of feelings in each 30-minute episode. Behind all the breakups, career struggles, and extravagant dinner parties over the last two seasons, Kelli (Natasha Rothwell) has consistently delivered as the MVP of the group.

She's one of the most compelling characters on the show, and it's not because she's a badass who knows how to have a good time (well, that too), but because she will never sugarcoat her brutally honest advice to her friends. She provides much-needed humor during painful situations, like Lawrence (Jay Ellis) bringing a date to Derek's (Wade Allain-Marcus) birthday party, and isn't afraid of under-the-table fun at the diner.

Following episode seven of the latest season, the actress "wined down" with Issa, and we learned the most incredible thing about her character: "Fifty to 70 percent of her lines are improvised." Rothwell shared that she loves playing Kelli because of how different her character is to her real self.

"I love the ability to escape into someone that just gives zero f*cks because me, the person in real life, I give all of the f*cks," Rothwell said. "Kelli is so free, so that to me is a real privilege about playing her . . . . She just gives me a license to just be." Yup, and we can't get enough of it! Read on to see 15 of the many reasons she's the best character on Insecure, and here's to hoping season three is filled with even more Kelli time.