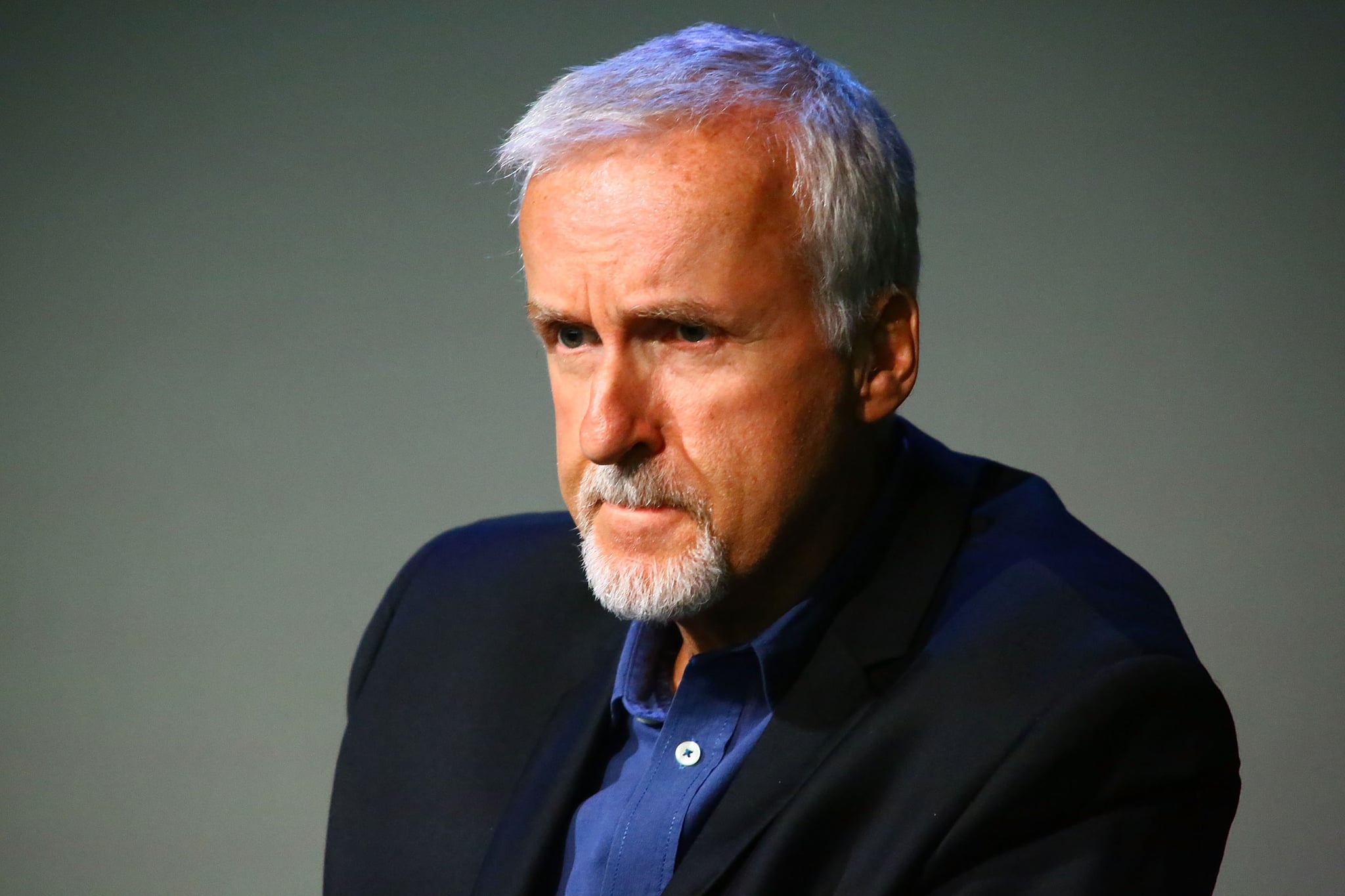 James Cameron is relentless. Not only is he forcing four Avatar sequels upon us (who asked for those?), but the Terminator director is also doubling down on his controversial quotes about Gal Gadot's performance in Wonder Woman.

In an interview with The Guardian in August, Cameron criticized "the self-congratulatory back-patting Hollywood's been doing" over the success of the Patty Jenkins-directed blockbuster. "She's an objectified icon, and it's just male Hollywood doing the same old thing!" he fumed about Gadot's appearance as the iconic superhero. "I'm not saying I didn't like the movie but, to me, it's a step backwards. Sarah Connor was not a beauty icon. She was strong, she was troubled, she was a terrible mother, and she earned the respect of the audience through pure grit. And to me, [the benefit of characters like Sarah] is so obvious. I mean, half the audience is female!"

His comments insinuating that a woman can only be strong if she shuns her femininity were bafflingly misguided. The claim that Gadot's Diana was too pretty and therefore unable to be worshiped as a feminist icon the way Terminator's Sarah Connor (Linda Hamilton) character is quickly earned a fiery response from Jenkins. "James Cameron's inability to understand what Wonder Woman is, or stands for, to women all over the world is unsurprising as, though he is a great filmmaker, he is not a woman," she said. "Strong women are great . . . But if women have to always be hard, tough and troubled to be strong, and we aren't free to be multidimensional or celebrate an icon of women everywhere because she is attractive and loving, then we haven't come very far have we."

Despite being roundly criticized for the interview, Cameron continued to add fuel to the dumpster fire when he recently sat down with The Hollywood Reporter. Instead of backtracking, he confirmed that he stands by his opinion of Wonder Woman:

"Yes, I'll stand by that. I mean, [Gal Gadot] was Miss Israel, and she was wearing a kind of bustier costume that was very form-fitting. She's absolutely drop-dead gorgeous. To me, that's not breaking ground. They had Raquel Welch doing stuff like that in the '60s. It was all in a context of talking about why Sarah Connor — what Linda created in 1991 — was, if not ahead of its time, at least a breakthrough in its time. I don't think it was really ahead of its time because we're still not [giving women these types of roles]."

For someone so upset by how "drop-dead gorgeous" Gadot looked in Wonder Woman, he certainly seems pretty focused on her body, huh? 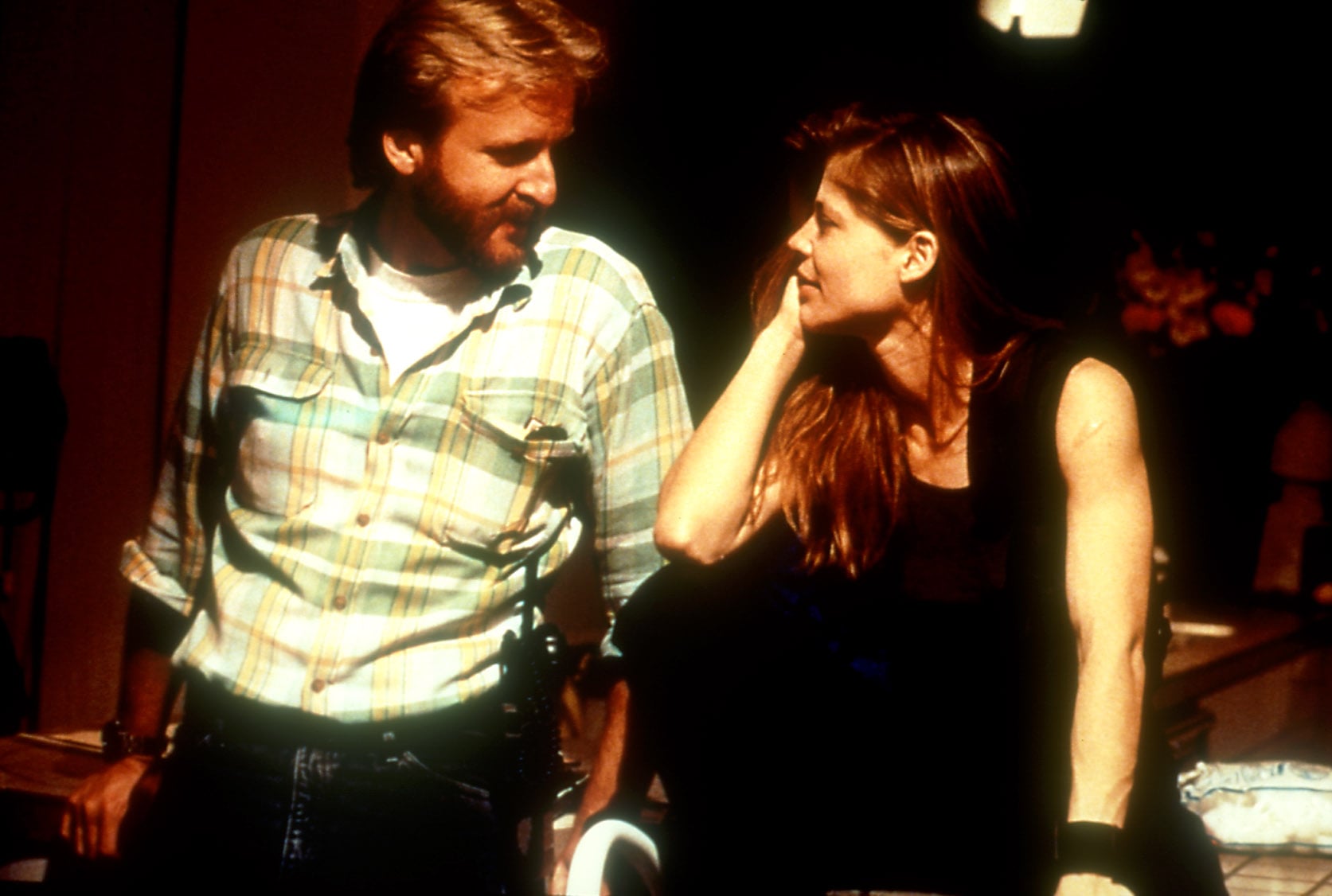 As infuriating as those comments were, Cameron — a rich, successful white man — wasn't yet done telling women why their choice in role model is wrong.

"Linda [Hamilton] looked great. She just wasn't treated as a sex object. There was nothing sexual about her character. It was about angst, it was about will, it was about determination. She was crazy, she was complicated . . . She wasn't there to be liked or ogled, but she was central, and the audience loved her by the end of the film. So as much as I applaud Patty directing the film and Hollywood, uh, 'letting' a woman direct a major action franchise, I didn't think there was anything groundbreaking in Wonder Woman. I thought it was a good film. Period. I was certainly shocked that [my comment] was a controversial statement. It was pretty obvious in my mind. I just think Hollywood doesn't get it about women in commercial franchises. Drama, they've got that cracked, but the second they start to make a big commercial action film, they think they have to appeal to 18-year-old males or 14-year-old males, whatever it is. Look, it was probably a little bit of a simplistic remark on my part, and I'm not walking it back, but I will add a little detail to it, which is: I like the fact that, sexually, she had the upper hand with the male character, which I thought was fun."

As Jenkins noted in her response to Cameron's initial comments, "There is no right and wrong kind of powerful woman." We've seen all kinds of incredible, inspirational women on our screens as of late: Charlize Theron's secret agent in Atomic Blonde, space explorer Daniels (Katherine Waterston) in Alien: Covenant, and even Zendaya's small, scene-stealing role as MJ in Spider-Man: Homecoming, which sees her bucking a number of superhero movie cliches.

Diana, Princess of Themyscira, Daughter of Hippolyta — with her short skirt, metal bustier, and knee-high boots — is absolutely among them. With Cameron's Terminator reboot starring Hamilton in the works, I can only hope that she's half as nuanced as Jenkins ensured Diana be.

Netflix
The Reason Behind Viscount Tewksbury's Chase in Enola Holmes Is Elementary, My Dear Reader
by Brea Cubit 9 hours ago