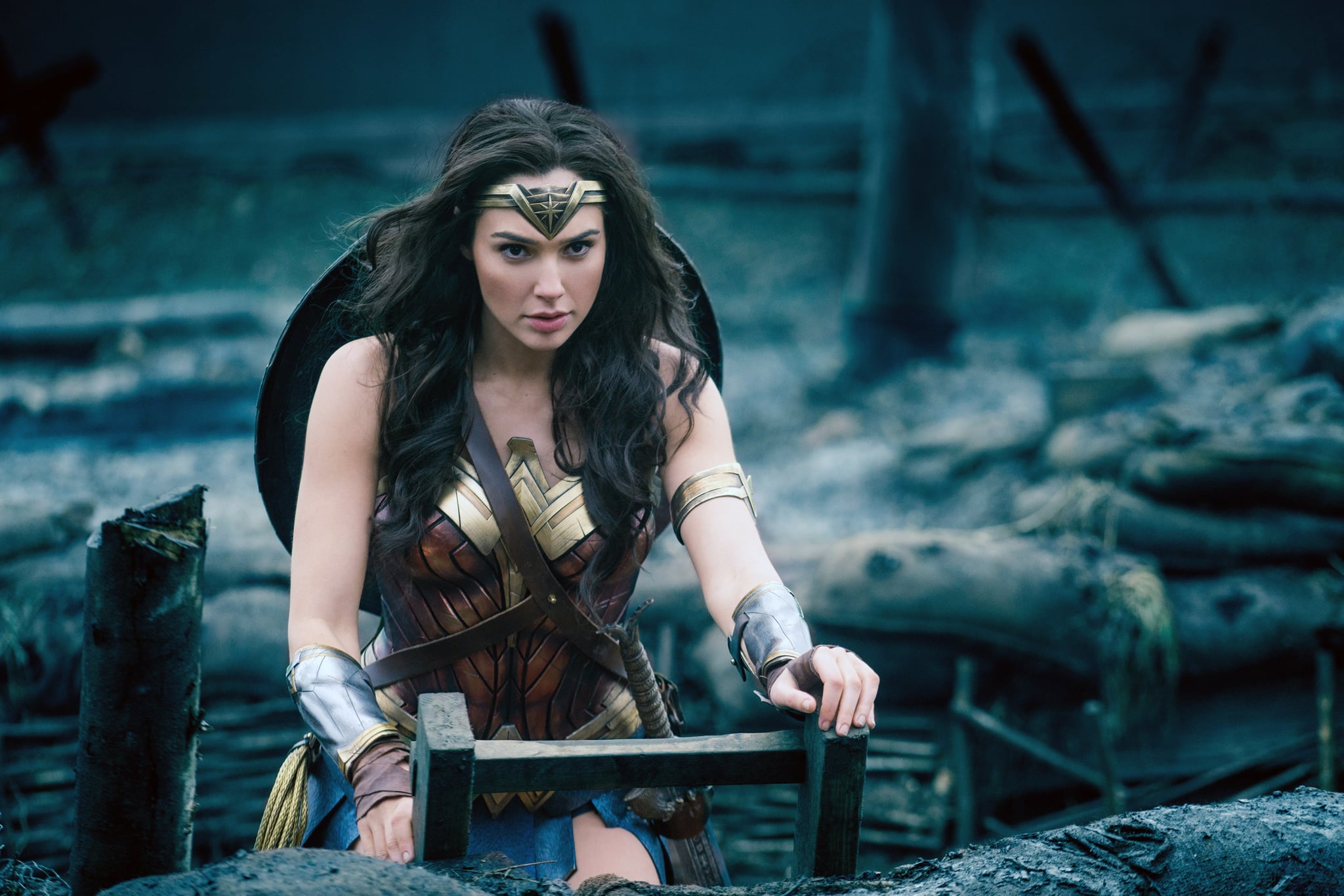 Over the last few years, there's been a resurgence of the "strong female character" on TV — Olivia Pope, Carrie Mathison, Daenerys Targaryen, and Peggy Olson, to name a few. In movies, however, it's been more of an uphill battle, particularly when it comes to the action genre. Yes, women have been holding their own in action-heavy films for years (just look at Sigourney Weaver's Ripley in Alien or Noomi Rapace's Lisbeth Salander in The Girl With the Dragon Tattoo), but this Summer, more than ever, it seemed female characters in action movies were getting to be more than simply the sexy sidekick, the scientist, or the secretary.

We got Charlize Theron's secret agent in Atomic Blonde, a film where Theron gets to be just as glamorous and sexual as James Bond even as her fight scenes are so brutal, they'd make even Jason Bourne wince. There's also space explorer Daniels (Katherine Waterston) in Alien: Covenant, and even Zendaya's small, scene-stealing role as MJ in Spider-Man: Homecoming, which sees her bucking a number of superhero movie cliches. Of course, the conversation about the rise of female action heroes in Summer 2017 wouldn't be complete without mentioning the feminist zeitgeist that is Patty Jenkins's Wonder Woman. Unless you're talking to James Cameron, that is.

Despite the fact that women who saw Warner Bros.'s take on Diana Prince weren't quiet about how inspired and empowered they felt while leaving the theater, the Avatar director recently told The Guardian that he thinks the most recent iteration of Wonder Woman, played by Israeli actress Gal Gadot, is actually a step backwards for women.

"All of the self-congratulatory back-patting Hollywood's been doing over Wonder Woman has been so misguided. She's an objectified icon, and it's just male Hollywood doing the same old thing!" he fumed. "I'm not saying I didn't like the movie but, to me, it's a step backwards. Sarah Connor was not a beauty icon. She was strong, she was troubled, she was a terrible mother, and she earned the respect of the audience through pure grit. And to me, [the benefit of characters like Sarah] is so obvious. I mean, half the audience is female!"

If anything, kicking the sh*t out of someone while simultaneously rocking a razor-edged cat eye is something to be admired.

So, if Sarah Connor had worn a signature red lip throughout the Terminator franchise, she would've been weaker, somehow? If she'd traded her grubby, biceps-baring tank top for a pretty dress, then her narrative would be less respectful? I don't think so. If anything, kicking the sh*t out of someone while simultaneously rocking a razor-edged cat eye is something to be admired.

It's this reason in particular that Cameron's comment is such a slanderous misstep. According to him, a woman can only be strong if she shuns her femininity. It's why boyish characters like Game of Thrones' Arya Stark and Stranger Things' Eleven are praised for their propensity for ass-kicking while Sansa Stark and Nancy Wheeler are seen as weaklings (even though the latter two prove time and time again that they're strong in other ways). The real issue Cameron seems to have with Diana Prince is that she dares to save the world while wearing wearing a skirt and letting her shiny hair hang loose around her shoulders rather than rocking pants and a sensible, tight ponytail. 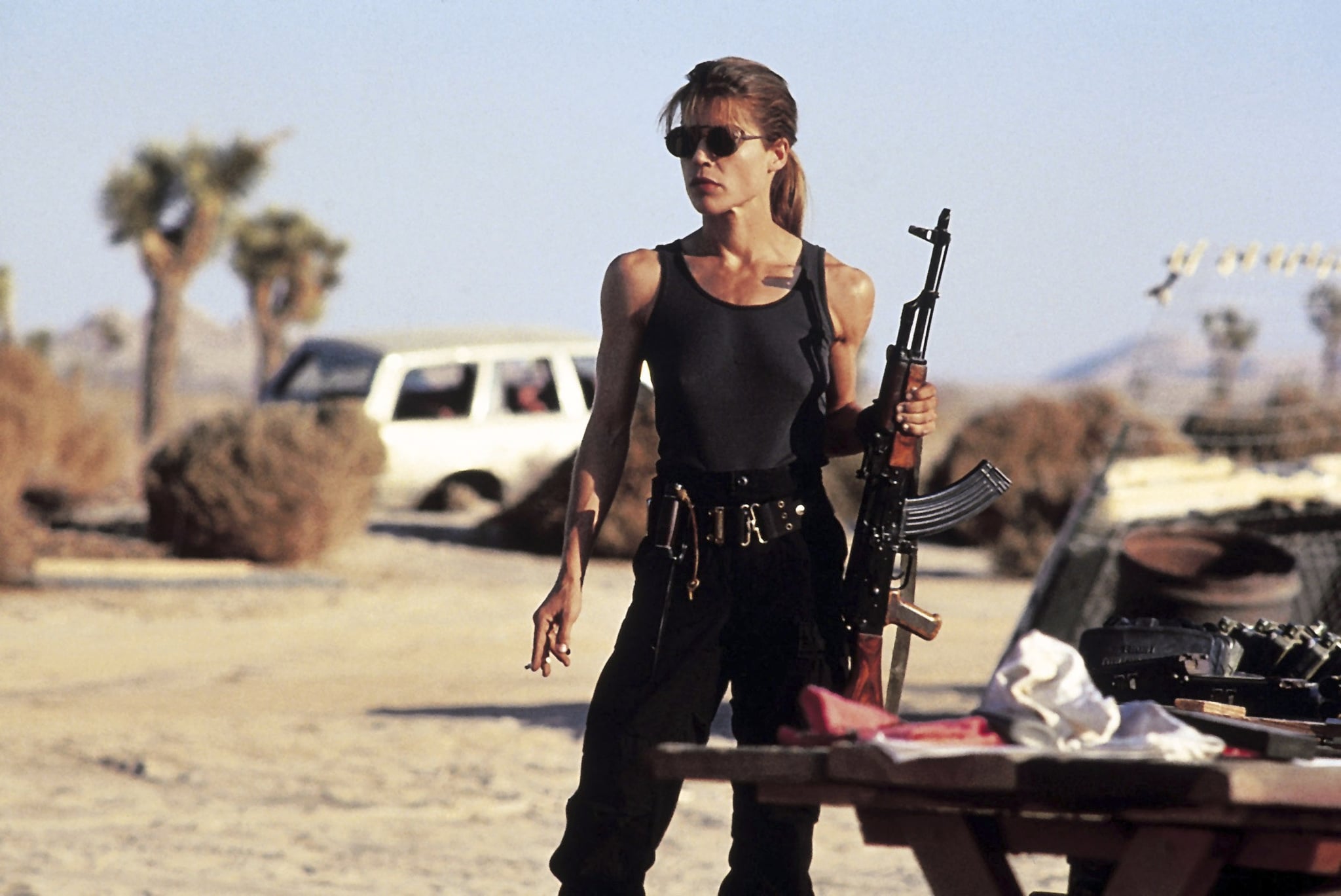 In other words, Cameron appears to lack a fundamental understanding of what, exactly, makes a woman "tough." If a female character can't truly be seen as strong and independent until they've been stripped of all their stereotypically "girlie" qualities, not only is that misogynistic, but that also means we have a long, boring road ahead of us in terms of diversity in our female action heroes. Part of the appeal of Wonder Woman is how she doesn't have to be gritty and dark to be strong, which Jenkins addressed in a tweet after reading Cameron's comments.

"James Cameron's inability to understand what Wonder Woman is, or stand for, to women all over the world is unsurprising as, though he is a great filmmaker, he is not a woman. Strong women are great. His praise of my film Monster, and our portrayal of a strong yet damaged woman was so appreciated. But if women have to always be hard, tough and trouble to be strong, and we aren't free to be multidimensional or celebrate an icon of women everywhere because she is attractive and loving, then we haven't come very far have we. I believe women can and should be EVERYTHING just like male lead characters should be. There is no right and wrong kind of powerful woman. And the massive female audience who made the film a hit it is, can surely choose and judge their own icons of progress."

Sarah Connor is a hero and an icon for many women, but to say that Gal Gadot's Wonder Woman is a step back because she's pretty simply isn't true. We see Diana being raised on an island inhabited solely by Amazonian women, ones who teach her how to be unrelentingly fierce and highly skilled when it comes to combat. At the same time, she embraces her femininity, and in a memorable scene, remarks that "when it comes to procreation, men are essential, but for pleasure, not necessary." As Jenkins noted in her tweet, women are allowed to be strong in different ways. That's what takes a character from being a shallow caricature to a fully realized heroine.

If Cameron is so worried about "male Hollywood doing the same old thing," his issue shouldn't be with Jenkins or Wonder Woman. Instead, why doesn't he ask Warner Bros. why there are two movies about The Joker being made over David Ayer's supervillainess romp Gotham City Sirens? Or, even better, why men like Ayer are consistently picked to direct female-focused movies over plenty of deserving female directors? Those are the type of questions that have the power to change how big movie studios approach female superhero movies in the future. Those are the type of questions that, from someone with Cameron's stature in the film world, could actually make a difference.

Reese Witherspoon
It's Officially a Perfect Day: The Legally Blonde Cast Reunited For the First Time Since 2001
by Mekishana Pierre 14 hours ago

Netflix
The Trial of the Chicago 7: Yes, Judge Hoffman Really Was That Awful
by Stacey Nguyen 15 hours ago

Jennifer Hudson
Jennifer Hudson Is the Queen Incarnate in These Photos From the Aretha Franklin Biopic, Respect
by Mekishana Pierre 16 hours ago

Netflix
How True to Life Is the Trial of the Chicago 7 Script? For Yahya Abdul-Mateen II, Very
by Kelsey Garcia 19 hours ago