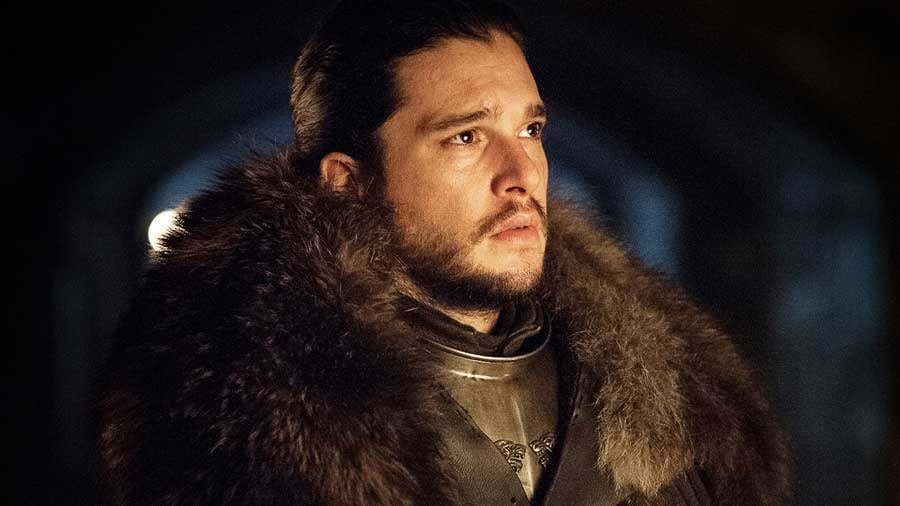 A popular Game of Thrones theory, especially among book readers, has been floating around for a couple seasons now — that Jon Snow is going to be revealed as "the prince that was promised," aka the reincarnation of legendary hero Azor Ahai.

For a little background, Azor Ahai is a mythical figure who used his powerfully magical sword Lightbringer to defeat the invading White Walker army during the Long Night Winter in Westeros thousands of years ago.

A prophecy claims that during the next long Winter, when the White Walkers are again closing in on the seven kingdoms, Azor Ahai will return as "the prince that was promised," a hero born "amidst salt and smoke" who will "draw from the fire a burning sword." This hero is the one who will beat back the dark army.

Related:
6 Game of Thrones Cliffhangers That Need to Be Resolved This Season

Many Game of Thrones fans are convinced Jon Snow is said prince, and the evidence is mounting to prove they're right.

First of all, Jon is indeed born "amidst salt and smoke." Some readers think this means his birth as a baby at the Tower of Joy, but we think it means Jon Snow's rebirth when Melisandre brings him back to life. The smoke is steam rising from Jon's wounds when the men of the Night's Watch turn on him, and the salt is from Bowen Marsh's salty tears, both of which are mentioned specifically in Jon's death scene in the book A Dance With Dragons.

The passage reads: "Then Bowen Marsh stood there before him, tears running down his cheeks. 'For the Watch.' He punched Jon in the belly. When he pulled his hand away, the dagger stayed where he had buried it. Jon fell to his knees. He found the dagger's hilt and wrenched it free. In the cold night air the wound was smoking."

There's your smoke and salt from which Azor Ahai is born.

Secondly, Jon has shown himself to be adept at facing down the White Walkers, especially in the season five episode "Hardhome," where he and the Wildlings face off with an army of White Walkers, resurrected skeletons, and the terrifying Night's King. Jon's connection to the Wall, the far North, and the White Walkers has been building since he joined to the Night's Watch in season one, so it would feel a bit out of place if the rebirth of Azor Ahai was someone completely unrelated to that world.

Thirdly, Melisandre has always been obsessed with the prince that was promised, convinced that Stannis Baratheon was the chosen one. Now that he's gone, she has thrown her lot behind Jon Snow, bolstered by the fact that the Lord of Light chose to resurrect him through her (or so she thinks).

Fourth, there is a brief shot in the latest Game of Thrones trailer that shows Jon fighting alongside Beric Dondarrion, who is wielding a flaming sword. Perhaps this is Lightbringer and the battle pictured in the trailer is how Jon Snow comes to wield it? 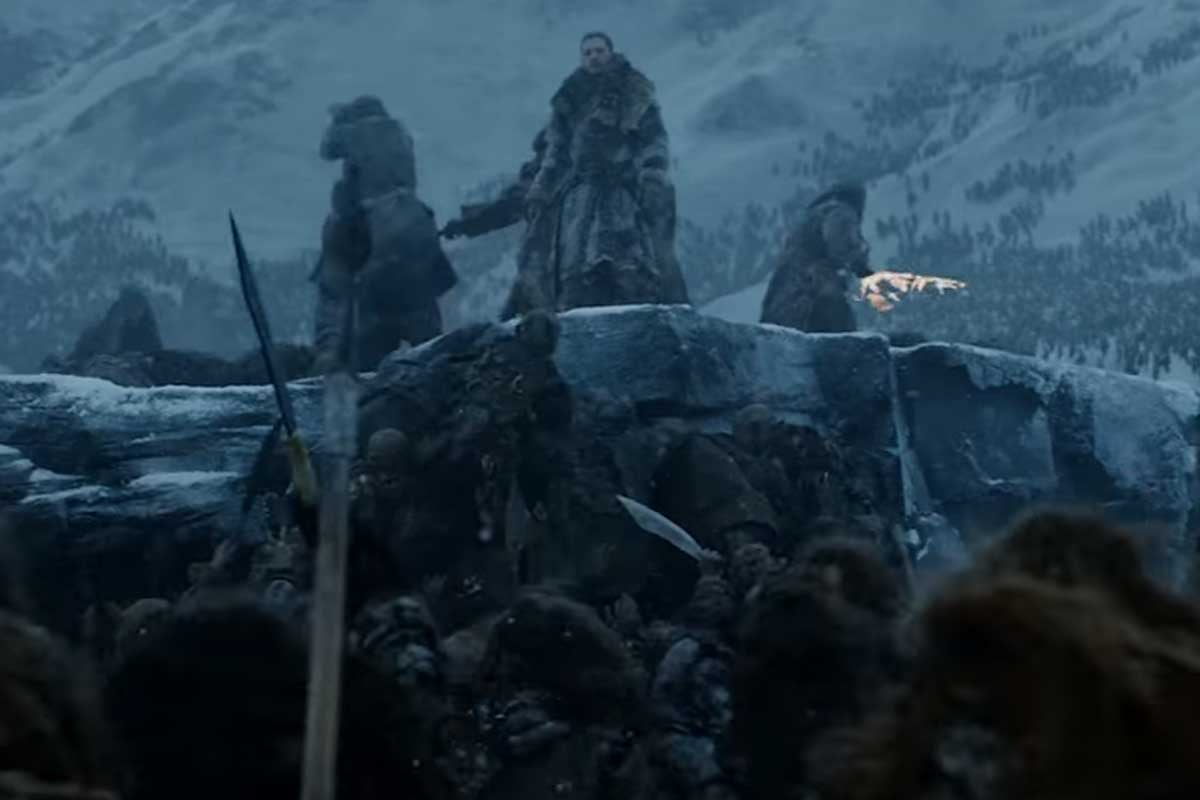 Finally, there are a couple passages from the books that are giving off some major Jon-is-Azor hints.

In A Dance With Dragons, Jon has a dream where "his blade burned red in his fist. As the dead men reached the top of the Wall he sent them down to die again." Could that indicate a flaming sword used to cut down the White Walkers? Perhaps.

And the really important passage is in a Melisandre chapter, where she is trying to find Stannis in her fire visions.

"R'hllor spoke to his chosen ones through blessed fire, in a language of ash and cinder and twisting flame that only a god could truly grasp. Melisandre had practiced her art for years beyond count, and she had paid the price. There was no one, even in her order, who had her skill at seeing the secrets half-revealed and half-concealed within the sacred flames. Yet now she could not even seem to find her king. I pray for a glimpse of Azor Ahai, and R'hllor shows me only Snow."

Melisandre sees "Snow," not "snow." The capitalization cannot be a mistake. This seems to be the single greatest piece of evidence that Jon Snow = Azor Ahai.

Now, there is a popular theory that Daenerys is actually the "prince" because of Master Aemon's dying words about the translation of the prophecy: "The error crept in from the translation. Dragons are neither male nor female, Barth saw the truth of that, but now one and now the other, as changeable as flame. The language misled us all for a thousand years. Daenerys is the one, born amidst salt and smoke. The dragons prove it."

Related:
Why You Should Prepare Yourself For Daenerys's Death This Season on Game of Thrones

That's also a great theory, but we think Jon Snow is the likelier candidate. It would feel a bit out of place if Daenerys, gone all these years and having nothing to do with the White Walkers or the Wall, suddenly swoops in and defeats them all. Perhaps the "awakening of dragons from stone" part of the prophecy isn't Daenerys's literal hatching of dragons, but is in fact Jon going to her at Dragonstone so that they may join forces to defeat the White Walkers. They're going to have to meet up at some point, right? Killing an army of undead is as good a time as any.