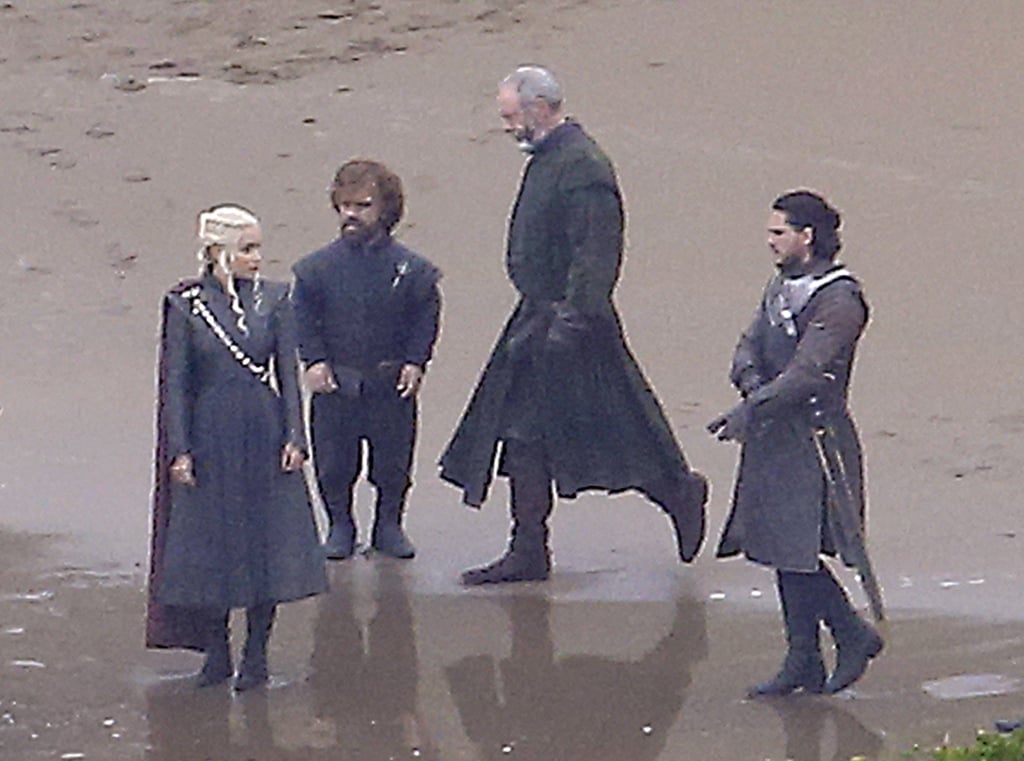 We only know a handful of details about the seventh season of Game of Thrones, but a few new pictures from the set have us more excited than ever. In October, stars Kit Harington, Emilia Clarke, and Peter Dinklage were spotted filming together in Spain. This is pretty insane; given where the characters are at the end of season six, Jon Snow has just taken over the North as king, and Dany and Tyrion are sailing for King's Landing with the Greyjoys' Iron Fleet. And somehow, at some point, the two parties will cross paths. We know Dany and Jon are actually relatives, and based on the "ice and fire" theory, this could be the beginning of a truly epic takeover.

Related:
The Walking Dead: Wondering How Negan Dies in the Comics?
Previous Next Start Slideshow
Kit HaringtonEmilia ClarkeGame Of ThronesStars On The SetTV