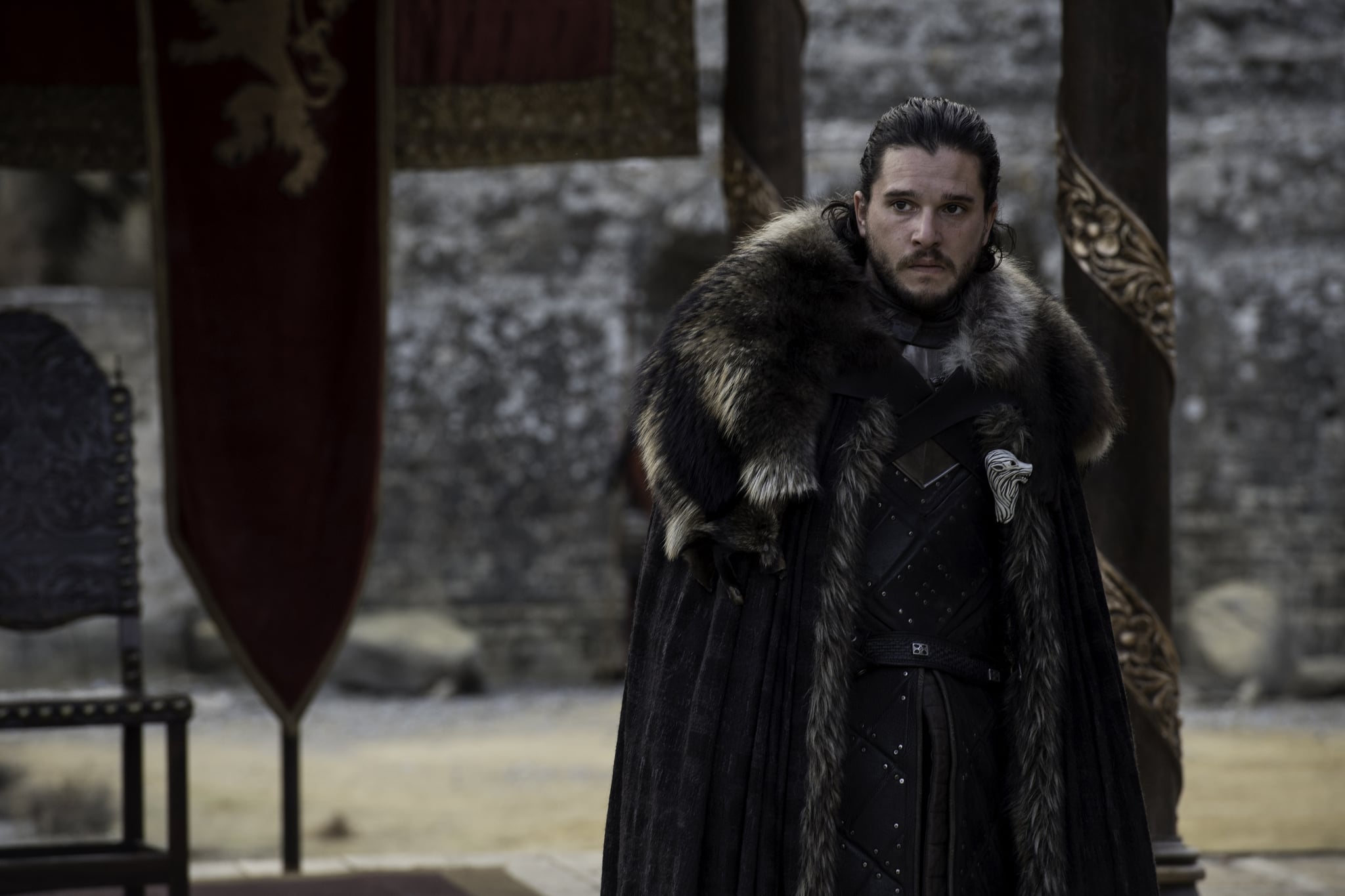 Jon Snow is no longer the bastard that he's been believed to be throughout the entire Game of Thrones series, nor is he Jon Snow at all. In a shocking revelation earlier in season seven, Gilly confirms to Sam that Prince Rhaegar's first marriage was annulled and that Jon's parents, Rhaegar Targaryen and Lyanna Stark, were legally married before Jon was born. But in an even more jaw-dropping moment in the season seven finale, Bran Stark and Sam come face to face to discuss the true parentage of Jon Snow.

Bran uses his three-eyed-raven powers to go back to the exact moment when Rhaegar and Lyanna were married, showing that the Targaryen prince did not abduct and rape Lyanna, but they were in love. While we had seen Jon's birth last season and saw Lyanna begging Ned Stark to "promise" to protect her child, thanks to Bran's visions, we finally learned more: "his name is Aegon Targaryen." Chills.

From the start of the series, we knew the name "Snow" was assigned to him as a bastard from the North, and "Jon" likely came from Jon Arryn, who was like a father to Ned. Last season, we thought Jon's name was Jaehaerys Targaryen, but in the fiery lineage, it turns out there's a lot more meaning behind Aegon.

Aegon the Conqueror was the first Targaryen leader of Westeros, and he's known for being the most powerful Targaryen, like, ever. It's also the name of one of the two children Rhaegar has with his first wife, Elia, who would have been Jon/Aegon's half brother. Awkward.

We'll have to wait until season eight to see how Jon reacts to his newfound identity (and the knowledge that he just had sex with his aunt *whoops*), but he has some pretty big shoes to fill now that we know he's the rightful heir to the Iron Throne.

Stranger Things
You May Have Missed Suzie From "Stranger Things" in This Pivotal "PLL: Original Sin" Role
by Noelle Devoe 16 hours ago