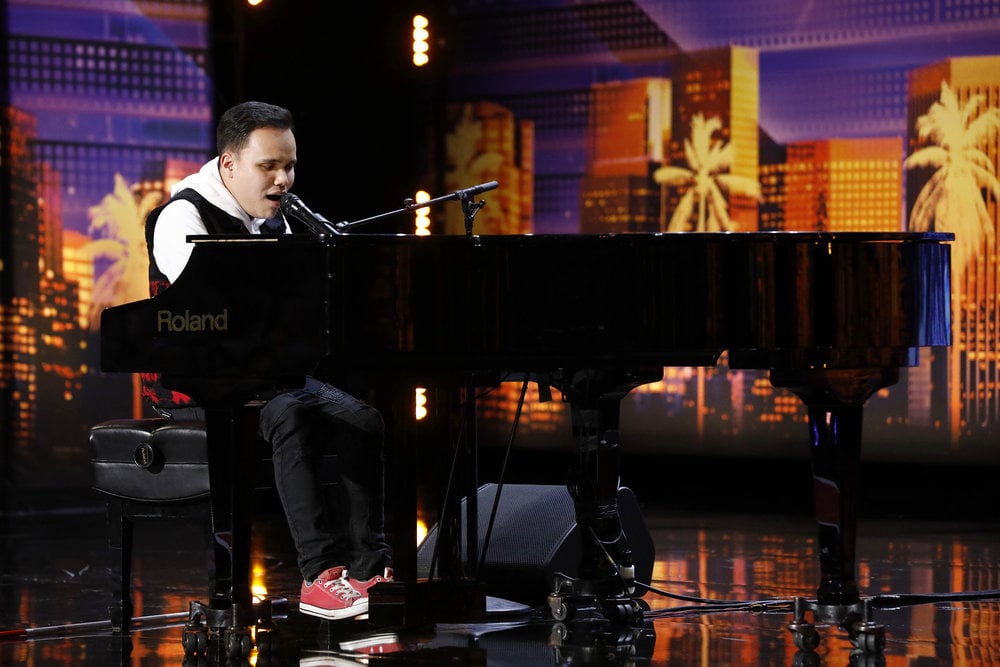 A new season of America's Got Talent is upon us, which pretty much directly translates to another round of emotional, tear-inducing performances. During the NBC show's season 14 premiere on Tuesday, contestant Kodi Lee was the supplier of said tears. A blind singer with autism, the 22-year-old was escorted on stage by his mother, Tina, who told the crowd that playing music has "saved his life." Kodi proceeded to play piano and simultaneously belt out a chills-worthy cover of Donny Hathaway's "A Song For You," leaving the audience and all four judges completely spellbound. Talk about a flawless falsetto!

As soon as Kodi completed his rendition, the entire crowd gave him a well-deserved standing ovation before the judges shared their feedback. An emotional Julianne Hough said, "I heard you, and I felt you, that was beautiful," while Simon Cowell admitted, "I'm going to remember this moment for the rest of my life." Meanwhile, new judge Gabrielle Union was so moved that she awarded Kodi her first-ever golden buzzer, sending him straight through to the live show in Hollywood. Watch the video ahead to see Kodi's moving America's Got Talent audition and just how ecstatic he was about receiving the coveted golden buzzer. If this doesn't inspire the heck out of you, I'm not quite sure what will.