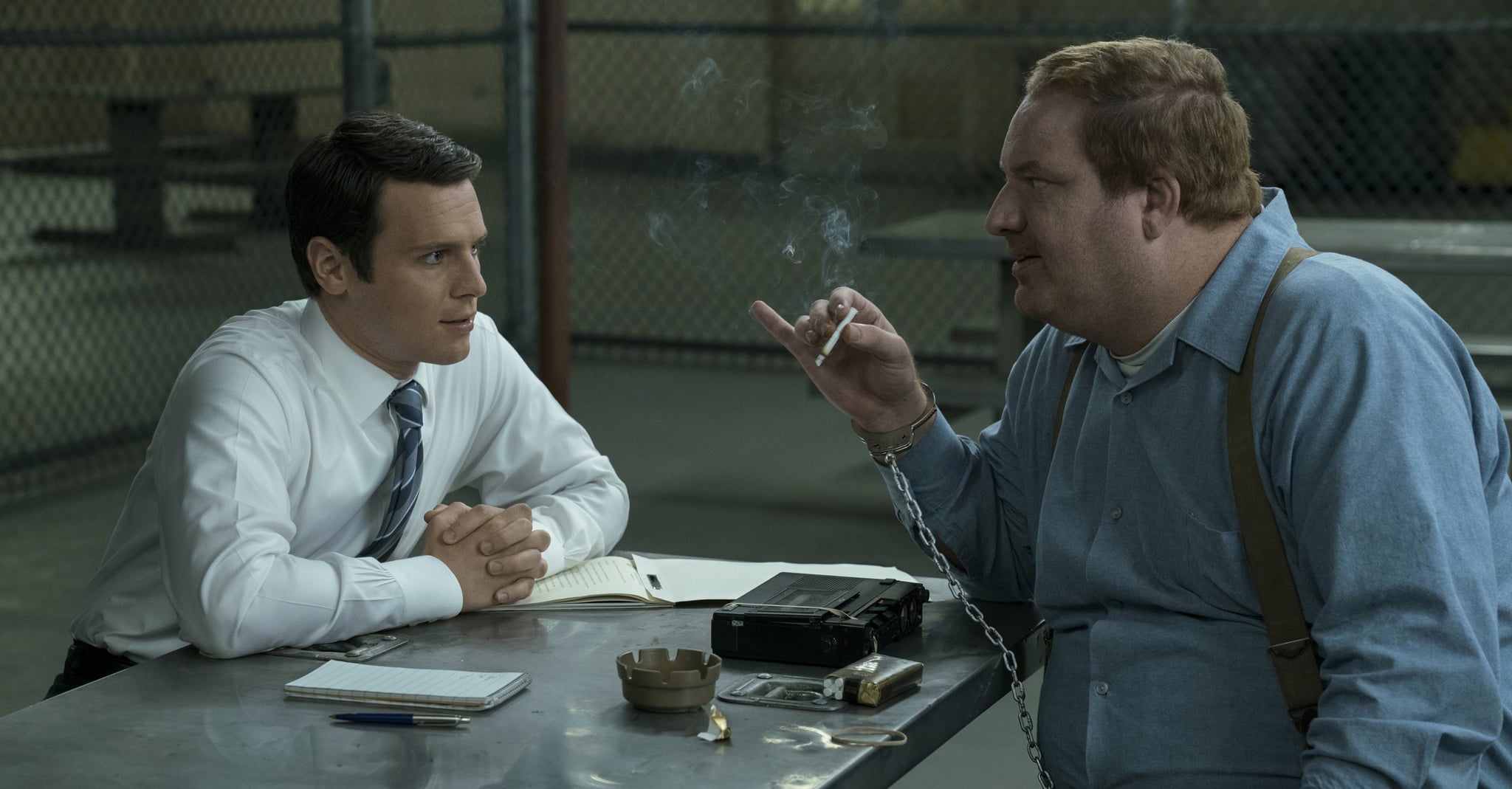 In case you haven't heard the good news, a second season of Mindhunter, Netflix's dark and gloomy (but fascinating) FBI thriller based on a true story, is officially in the works. In fact, Netflix had so much faith in the series that it reportedly renewed it for season two before season one even premiered in October.

The first season follows FBI agents Holden Ford (Jonathan Groff) and Bill Tench (Holt McCallany) on their mission to interview convicted serial killers like Ed Kemper and Monte Rissell to learn more about what makes them tick. Executive producer David Fincher is clearly wasting no time in preparing season two for your next Netflix binge — he already has a real-life crime lined up to explore in future episodes: the infamous Atlanta child murders.

"Next year we're looking at the Atlanta child murders, so we'll have a lot more African-American music, which will be nice," Fincher told Billboard during a recent interview about the show's score with composer Jason Hill. "The music will evolve. It's intended to support what's happening with the show and for the show to evolve radically between seasons."

The Atlanta child murders probably won't be the only case season two tackles, but it's definitely an unsettling place to start. The rash of murders took place between 1979 and 1981, resulting in the grisly deaths of 28 African-American people of varying ages (from children up to adults). The serial killer was eventually caught by famed FBI agent John E. Douglas, who served as inspiration for Groff's character, Holden.

An official premiere date for season two has yet to be set, but now it's more obvious than ever that it will be worth the wait.